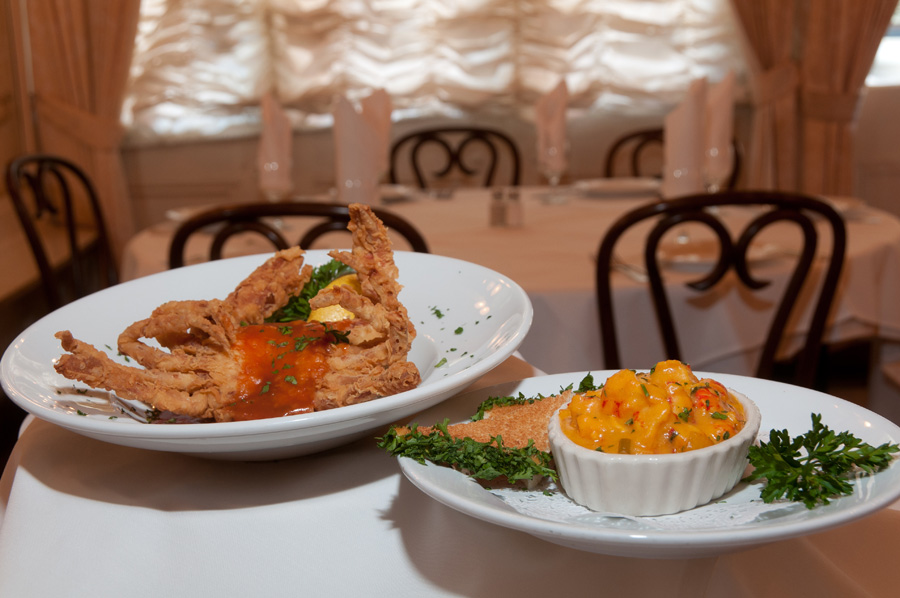 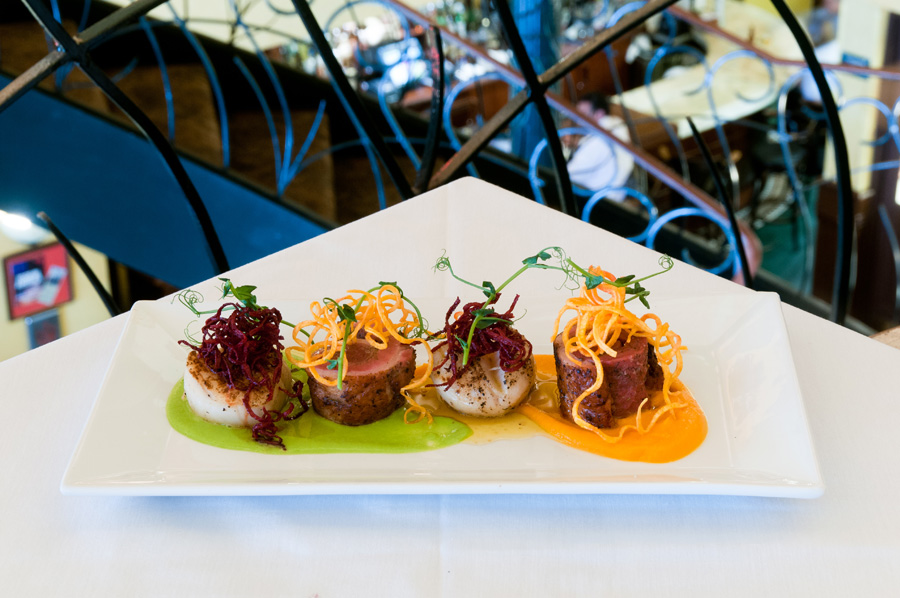 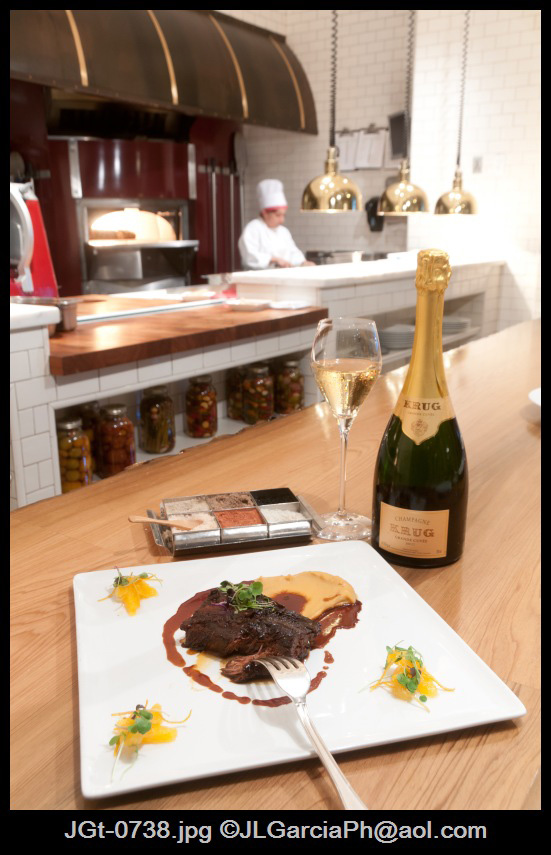 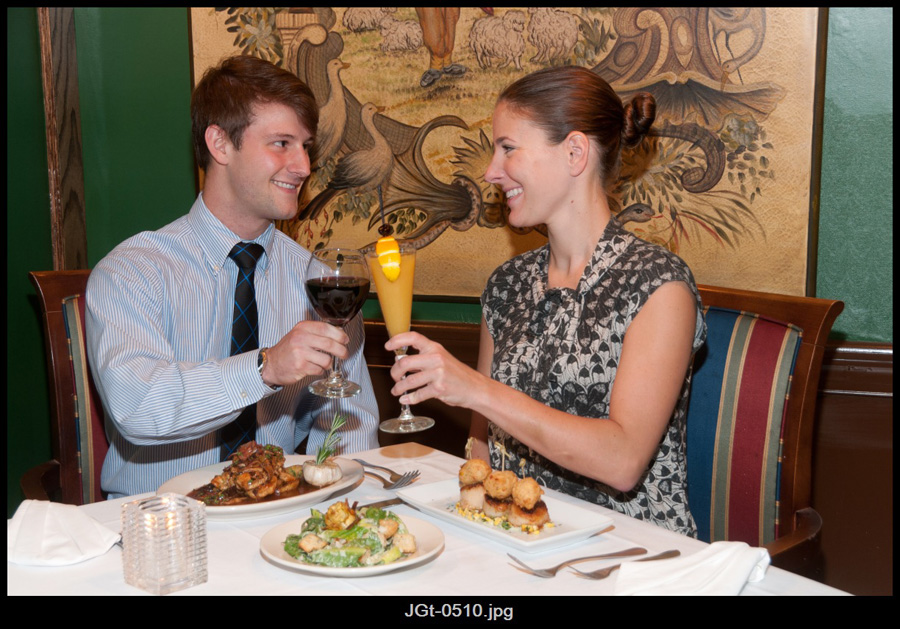 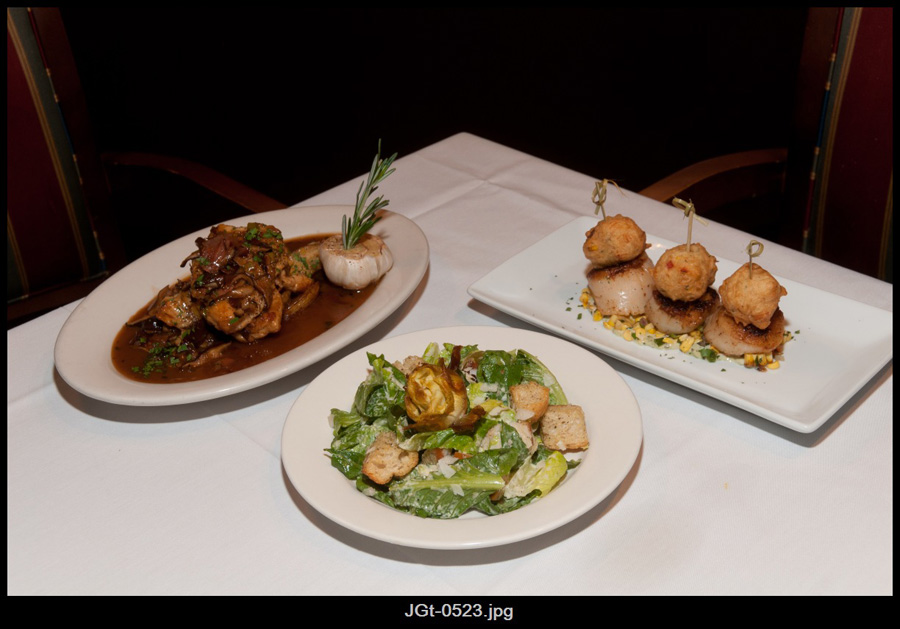 New Orleans, always noted for dining-and-wining revelry, peaks during the holiday season, and especially when coinciding with major events such as New Year's Eve, Sugar Bowl festivities, Mardi Gras and other exciting occasions.

Reveillon, a French word meaning "waking," was traditionally celebrated throughout France and Catholic Europe on Christmas and New Year's Eve.

This December, chefs at 45 of the city's finest dining establishments are presenting prix-fixe dinners with both contemporary and traditional Reveillon menus.

Once transported to the New World, New Orleans' Creole families gathered to attend midnight mass on Christmas. Following the solemnity of the Christmas Eve service and all - day fasting, the church-goers came home to dine in the early hours of Christmas morning, feasting on a menu of meats, fowl and game, egg dishes, sweetbreads, rich pastries, eggnog and other spirits.

Reveillon was also celebrated with another great feast in the hours before midnight on New Year's Eve as the calendar moved from one year to another. The New Year's Eve festivities were even more gregarious as several families would share the experience with more fancy treats, wine and whiskey, cordials and liqueurs along with dancing and singing until daylight.

Today's Reveillon honors the spirit of yesteryear with many indigenous ingredients and historically- based foods while encompassing updates of specialties and modern resources and techniques that were not available back then.

Diners can experience a different multi-course Reveillon menu every night of the month during Christmas, New Orleans Style.

One of the city's most elegant and top dining spots, Restaurant R'evolution was developed several years ago through a collaboration of distinguished, highly acclaimed chefs, John Folse and Rick Tramonto.

Based on Louisiana's heritage cuisine, which was heavily influenced by the cultures of seven nations, the restaurant's menu features innovative interpretations of classic Creole and Cajun preparations.

The award wining, fine dining restaurant offers a setting just as spectacular as the food, with five historically designed dining rooms, each with its own theme.

R'evolution presents a Reveillon menu created by Chef de Cuisine Chris Lusk. The first course begins with a choice of Louisiana snapping turtle soup with deviled quail eggs and a swirl of Madeira, the aromatic Portuguese fortified wine. Or, diners can start with the restaurant's delicious Creole Seafood Gumbo with scallion rice.

For the second course, a house salad with crispy vegetables, haricots verts, cucumber and rustic, toasty torn croutons will be served. Following that refreshing burst of crunchy goodness, Reveillon guests can choose between a fish or meat course for their entree. Gulf Fish a al Plancha is served with sauce Meuniere and accompanied by Lyonnais potatoes. A heartier choice, savory braised boneless short ribs are cloaked in a red wine sauce and partnered with rutabaga citrus puree.

The fourth course, a dynamic duo of desserts, present a contrast in taste and texture, yet are complementary sweet treats: demi-portions of a local-stout chocolate cake and a white chocolate bread pudding crème brûlee.

On Christmas Eve and New Year's Eve, another broader Reveillon dinner will be offered. Wine pairings are available upon request from R'evolution Wine Director Molly Wismeier. Wismeier pointed out that during December, the highly regarded Piedmont wine, Gaja Barbaresco, will be poured by the 6 oz. glass for $100. with a 3 oz. pour for $50. Another holiday treat she recommends, is a 6 oz, glass of Krug multi-vintage Champagne for $75., although many other wines-by-the-glass as well as bottles are available.

Located in the lovely Chateau Lemoyne Hotel, the lounge and restaurant are known for far more than Chef Gile's splendid Creole cuisine. The fantastic bar and nightly live music scene is definitely the place to be seen.

In addition, award-winning Chef Gile serves dinner in the tastefully, British decor-themed restaurant until midnight on Friday and Saturday nights, so après theater guests or other late-night diners are always welcome. Another hot ticket is Fiske's brunch on Saturday and Sundays, 11:30 a.m.- 2:30 p.m., featuring a Bloody Mary bar as well as a Mimosa bar with many ingredient variations.

For the second course, a salad of kumquats, spiced pecans and English Stilton arrive drizzled with a honey balsamic dressing.

For the fourth course, a Hazelnut and Banana Crème Brulee is served for dessert. But it's not over yet! There's Lagniappe, a Louisiana, term meaning "something extra" and that would be a deliciously frothy Egg Nog Noel. Now that's Reveillon holiday cheer!

The legendary Antoine's, the country's oldest, continuously operated, family-owned restaurant, is still managed and operated by the now-5th generation of the original French founder, Antoine Alciatore.

World renowned for its French-Creole cuisine, impeccable service and exquisite historic decor and atmosphere, over time the restaurant has created some of the most famous dishes that have stood the test of time, such as Oysters Rockefeller and Oysters a la Foch.

For starters, Antoine's Reveillon dinner begins with one of the classic dishes created by the Alciatore family over the restaurant's nearly 175 years in existence: Crawfish Cardinal, Louisiana crawfish tails in a white wine sauce with a touch of tomato. A well- seasoned, sherry-laced alligator bisque is another first course option for dinner guests.

The next course, a Noel Salad of lettuce leaves, hearts of palm, shaved carrots, cranberries, walnuts and feta cheese is tossed in orange vinaigrette.

Main course selections feature a fried soft shell crab atop a bed of mushroom and onion rice with Creole sauce. An alternative preference, fresh Gulf grilled puppy drum, is sidelined with a corn and tomato relish.

Eggnog Bread Pudding stars along with a roasted Meringue Glacee' in the menu's finale, the former drizzled with praline rum sauce and the latter, a base for vanilla ice cream crowned with chocolate fudge sauce and chopped almonds. Yum!

Antoine's Reveillon menu is available at both lunch and dinner.

The next Reveillon menu, from restaurateur Dickie Brennan's Palace Cafe, is truly fit for royalty. An almost all duck menu, the dishes by Chef Brandon Muetzel display the kitchen's creativity and ingenious techniques with multiple ingredients.

The first course, D.B.L.T.E., an innovative take on a classic BLT, layers a toasted brioche with duck bacon, arugula, farm-fresh tomatoes and tops it with a duck egg accompanied by jalapeño satsuma marmalade.

With all these inventive dishes, perhaps Chef Muetzel and his team saved the most intriguing dish for last. Foie Gras Ice Cream, chocolate covered duck cracklins' and peanut butter salted caramel are served in a rum-poached apple cup. Fascinating!

For more information on additional Reveillon dinners and other Christmas New Orleans Style events, call 504 523-5730 or go to https://holiday.neworleansonline.com