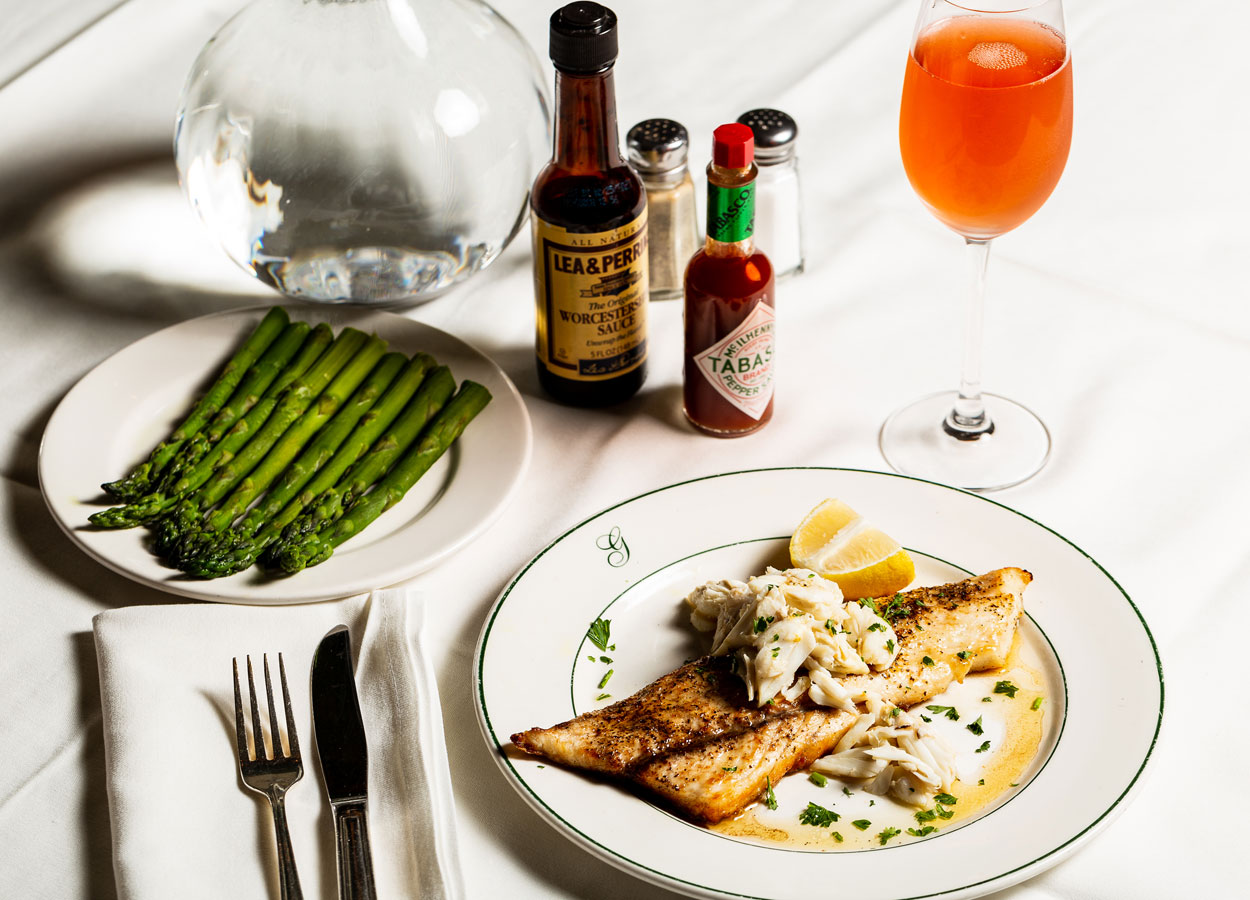 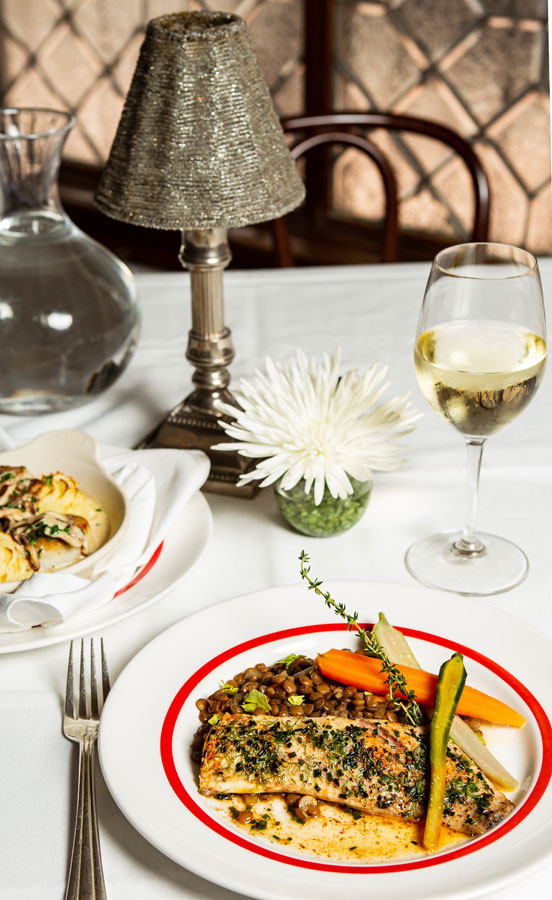 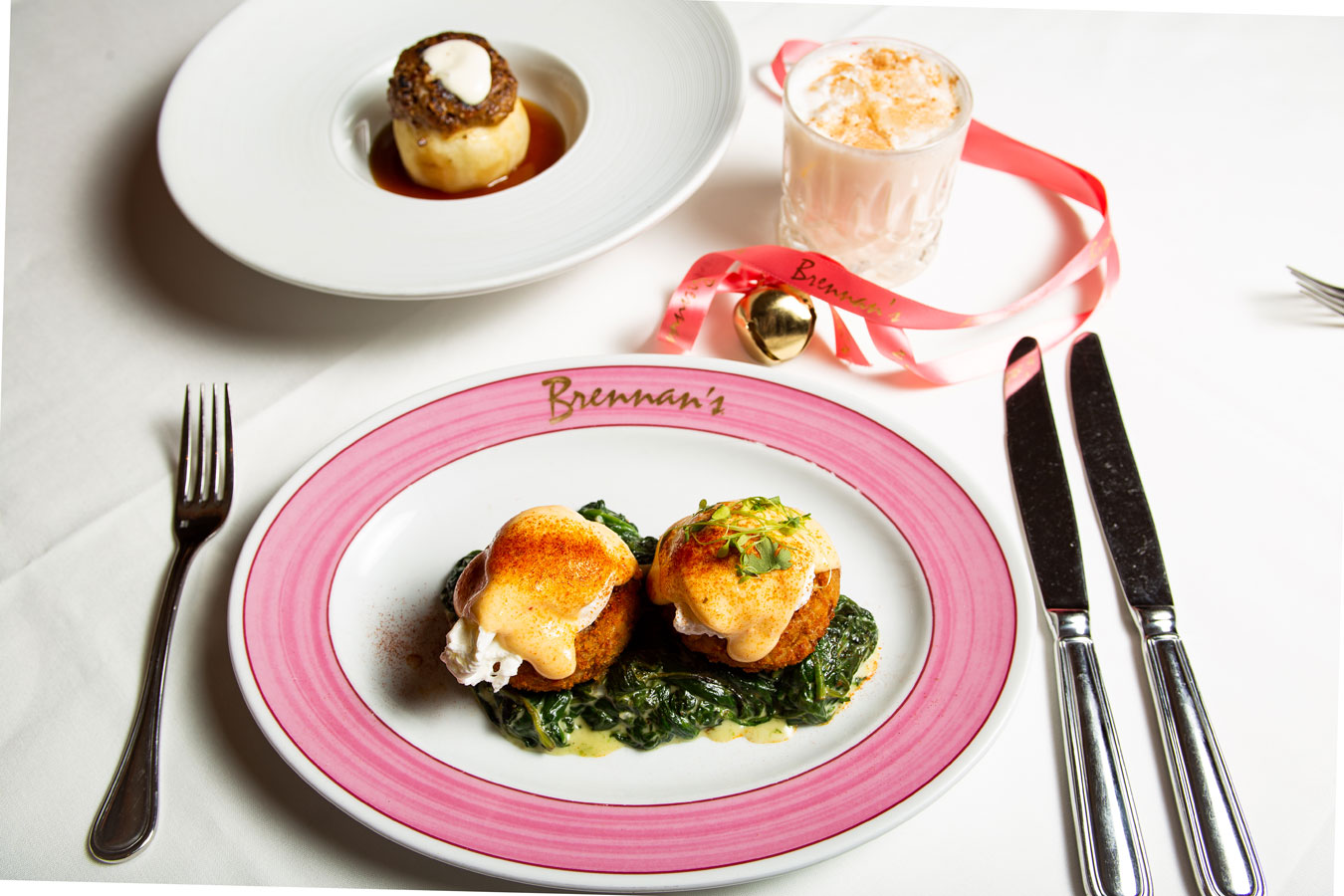 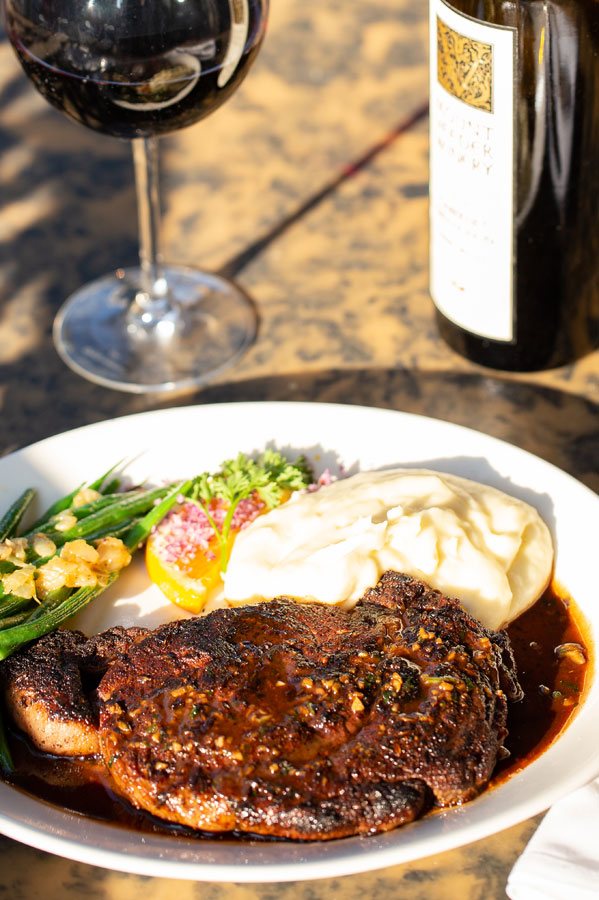 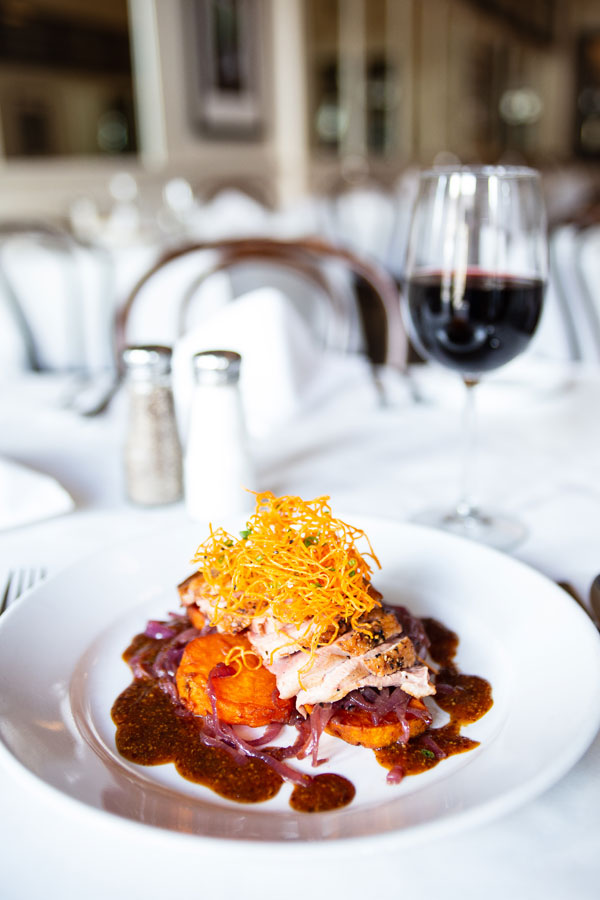 From Thanksgiving to New Year’s Day, the holiday season is all about traditions--something the 300-year old Crescent City has in spades. The dining rooms of century old restaurants get decked out in their holiday finest.

One of the most popular traditions during the month of December are the réveillon meals that emerge from restaurant kitchens. An old Creole tradition, originally réveillon (which comes from réveil, meaning waking) was a long meal hosted in a private home after midnight mass on Christmas Eve that lasted for hours and sometimes into the morning.

In its modern interpretation, it’s a prix fixe restaurant meal often enjoyed in one of the old line eateries that awakens the holiday spirit. While many New Orleans restaurants take part in this tradition, that’s far from all they have to offer during the holiday season.

Réveillon is far from the only thing that New Orleans restaurants offer this season. From turducken to brandy milk punch to visits from Santa and festive cocktails, the Crescent City’s restaurant scene becomes a holiday wonderland.

While many of the restaurants included here do host some of the best réveillon dinners and lunches, this list is all about the something extra these spots bring to the bright season.

It’s hard to separate the Thanksgiving holiday from the stuffing--and Louisiana sets the bar when it comes to stuffings and dressings. The late Cajun chef Paul Prudhomme claimed to have created the turducken, the Cajun delicacy that is a turkey stuffed with a duck stuffed with a chicken stuffed with dressing. Though the claim has many skeptics, no one denies that Prudhomme made Cajun cuisine an international sensation and blackening a household name when he opened his French Quarter restaurant K-Paul’s in 1979.

K-Paul’s serves turducken each year for one night only--the night before Thanksgiving. In K-Paul’s indulgent version, the chicken gets stuffed with oyster dressing (the most popular Thanksgiving dressing in New Orleans). Meanwhile, the duck is stuffed with andouille dressing, and the turkey gets cornbread dressing. Side dishes include sweet potato eggplant gravy.

The restaurant will also serve the regular menu on the night before Thanksgiving with iconic dishes like the blackened fish, blackened beef and debris, and gumbo.

For large parties, the restaurant strongly encourages a reservation.

Creole eatery Brennan’s has been feverishly embraced by locals since it swung open in 1946 with breakfasts and brunches as decadent and special as dinner. With the iconic bananas Foster flamed tableside in its colorful 18th century dining rooms and cocktails enjoyed in the charming brick courtyard complete with a turtle pond (the turtles are named after mother sauces), Brennan’s is a treat for any meal of the day and any day of the year. Still, Brennan’s reaches even higher when it comes to holiday dining.

On December 1, Santa comes to visit during a three-course breakfast (seatings at 9 am and 12:30 pm; $65 for adults and $45 for kids). The forecast is calling for “snow” in the courtyard, and kids can enjoy pictures with Santa, cookie-decorating, face-painting, and balloon animals. Reservations are a must.

Also on December 1, the restaurant kicks into gear with its month-long “home for the holidays” cocktail menu.

Brennan’s is closed on Christmas day.

This sprawling French Quarter restaurant with its labyrinth of opulent, turn-of-the-century dining rooms and warm, formal service has miles of traditions with over 100 years of service under its belt.

While the restaurant dishes grand Thanksgiving and réveillon options, it’s the Twelve Days of Moët that really sparkles. For weekday lunches and Sunday brunch on the 12 days leading up to Christmas Day and also on New Year’s during lunch, guests can indulge in various daily bubbles specials, like double the bubbles, Vintage Imperial served in complimentary goblets, specially price bottles, and more. The dates for the Twelve Days of Moët are December 16-20, 22-23, 26-27, and 29-31. Check with the restaurant for the daily promotion and be sure to order the ethereal soufflé potatoes to go along with the Champagne.

This high-society Bourbon Street stalwart is known for time-honored traditions like shrimp remoulade, lots of booze, and the liveliest Friday lunch in its tiled downstairs dining room.

When December rolls around, this French Quarter favorite makes a few breaks with tradition. On December 2, Galatoire’s will auction off tables for the Friday before Christmas and the Friday before Mardi Gras, making those the only days of the year diners can book a reservation on the highly coveted first floor of the eatery. Proceeds from the auction go to charity. Visit Galatoires.com for tickets.

Also in a stark break from tradition, Galatoire’s will keep its doors open on Monday, December 23, despite normally being closed on the first day of the work week.

In addition to its holiday réveillion menu, Galatoire’s will serve two holiday cocktails: the wreath of holly (gin, grenadine, lime juice, and orange bitters) and the juniper tree (a minty twist on the classic Galatoire’s milk punch).

The New Year’s Eve dinner runs from 8 pm to 1 am in the upstairs balcony room. Tickets are $225.

This toney hotel in the CBD famously greets visitors with 144 perfect roses arranged in the lobby. For the holidays, the lobby becomes a winter wonderland with a 19 ½ foot Christmas tree twinkling with 25,000 tiny white lights and a toy train running laps around its base, plus 10 more trees and over 3,000 ornaments.

The crowning tradition here is the holiday tea, serving up to 400 guests a day from Thanksgiving to King’s Day with delicate tea sandwiches and festive scones and desserts. It’s the perfect reprieve from a day of shopping.

While you’re there, jot your holiday wishes on one of the provided ornaments and hang it on the Windsor Wishes tree in the lobby.

Meanwhile, the elegant Grill Room is open on Christmas Eve, Christmas Day, and New Year’s Eve in addition to its normal hours with special menus for each day. Plan on stopping in to the Polo Lounge for some live jazz and libations either before or after your meal.

Tujague’s, the second oldest restaurant in New Orleans, introduced the world to the grasshopper and the whiskey punch. The grasshopper, the crème de menthe, crème de cacao, and cream cocktail with a bright green hue, always seem tailor-made for the winter holiday season.

Additionally, the restaurant will serve a réveillon menu with lobster bisque, lamb shank, duck confit crostini, and bananas Foster bread pudding from December 1 through December 30, excluding Christmas day. The restaurant will also stay open on Christmas day with a three-course menu including options like cauliflower and brie soup, lamb shank, and Abita Amber barbecue shrimp and grits from 11 am to 9:30 pm for $54 per person.

The Roosevelt Hotel boasts some of the beautiful holiday decorations in the city, with a lobby twinkling with 605,000 lights, 300 bows, 78 birch trees, and 46 Christmas trees. The over-the-top wonderland has been a tradition since the 1930s. Make plans to attend the lighting of the lobby on December 3.

Add to that stand-out events like the Teddy Bear Tea and an opulent Christmas Day brunch, and there’s hardly a more magical spot during the holidays.

The Teddy Bear Tea runs from December 1 through Christmas Eve, with attendees meeting Santa Claus, Mrs. Claus, and others. A special Roosevelt Teddy Bear will go home with each guest.

Christmas Day brunch, from 10:30 am to 2 pm, is $109 for those eleven and up and $47 for kids three to ten. Two and under dine for free. The seafood and oyster bar is a Christmas miracle: jumbo shrimp, blue crab claws, ceviche shooters, smoked salmon, freshly shucked oysters. Other stand-out options include warming classics like chicken and andouille gumbo, rabbit sauce piquant, turkey and gravy, and cornbread dressing. Plus, there will be an omelette station and desserts like egg nog pavlova, gingerbread bundt cake, baked apple cupcakes with cinnamon buttercream, and apple flambé.

The holidays in New Orleans are what they should be: over-the-top and full of joy.