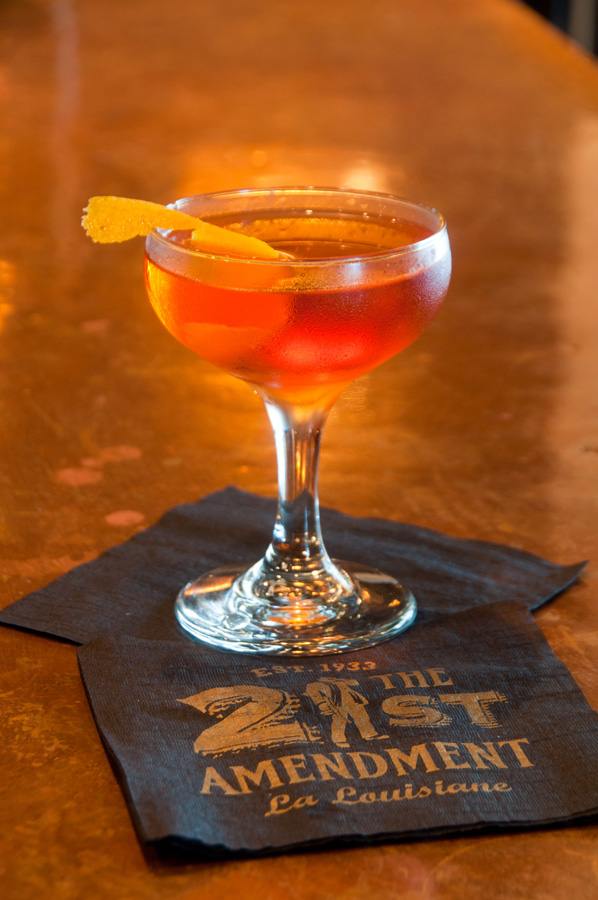 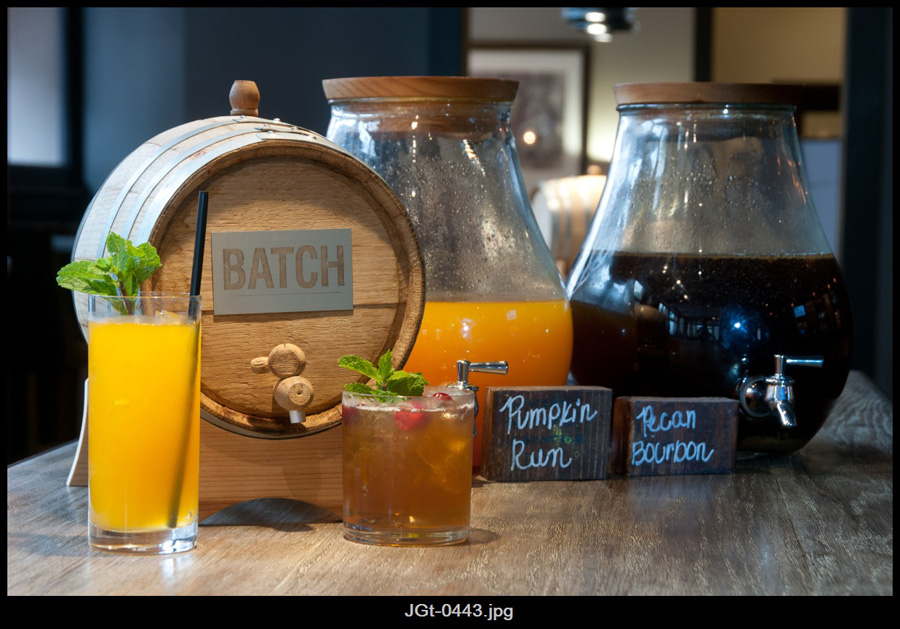 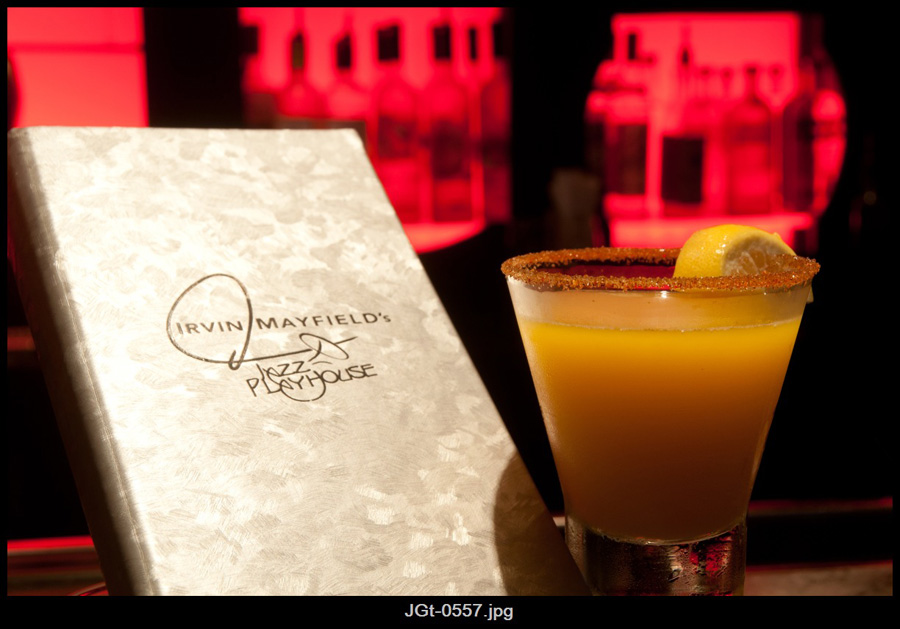 New Orleans has been named one of the best bar cities in the U.S., and why not?! Just in the past few months (October 2, 2014) the Washington Post's cocktail columnist, M. Carrie Allan, described New Orleans as "one of the finest cities in America to drink in."

In addition to the city's "top dining destination" declaration by numerous internationally circulated publications, the Big Easy is on the radar of country-hopping travel writers who are always looking for the best experiences to share with readers.

Yet often, even these saloon-sleuthing scribes miss some of the best bars in which to imbibe. One particular grouping that insiders have found to favor is hotel bars.

Sure, some of the city's most well-known hotel cocktail hot spots come to mind, such as the Sazerac in the Roosevelt Hotel and the Monteleone's Carousel Bar. But, yes, there are many more!

Bars that serve excellent drinks and showcase great New Orleans Jazz go together like, well, jazz and cocktails. Toss in a Bourbon Street location and you have something that can go on in only one place: New Orleans.

Your consideration of a request to the mixologist could be an inviting Bananas Foster Martini, the creation of the club's Tiffany Soles, New Orleans' Magazine's 2010 Bartender of the Year, Soles' delicious rum based concoction encompasses Meyers Dark rum, Blue Chair Bay Banana Rum, Velvet Cinn Horchata and Butter Schnapps.

Another signature drink, Li'l Liza Jane, developed by Soles, has been a hit with Corso Tequila, pineapple juice, mango puree and with a chili-sugared rim.

Many more signature cocktails -- only found at Mayfield's Jazz Playhouse -- are worthy of your attention. Check out the Stormy Weather, Pearflower, Voodoo Love Call, a Pama, Cantarito, Last Word Martini and Fresh Mule that appear on the menu, as well as the city's renowned classics.

The bar also specializes in New Orleans' famous cocktails, like the created -in-New Orleans Sazerac and the Ramos Gin Fizz. Or the made-famous-here French 75 and Pimm's Cup. There are more usual versions, excellently crafted, of Manhattan, Martini, or the always-popular and refreshing Sidecar.

In order to get a number of drinks into your repertoire, you might have to stay for several musical sets, and these are some of the main reasons you came to New Orleans. In addition to the main attraction, Irvin Mayfield who appears primarily on Wednesday evenings, many stars in their own right perform on other nights. On Mondays, enjoy Gerald French and the Original Tuxedo Band, the longest continuously running jazz band in the country. Thursdays are generally the nights featuring the James Rivers Movement, and Friday's entertainment schedule is also not-to-be missed, opening with Leon "Kid Chocolate" Brown followed by the late night show, "Burlesque Ballroom,"

Music and fine beverages: the combination will reside in your memory bank for years to come.

Just several more blocks down Bourbon Street is your next port of call. The address is in the name: Bourbon O, corner Bourbon Street and Orleans Avenue. Located in the Bourbon Orleans Hotel, you don't get much more centered in the French Quarter than that.

The place is awash in edgy sophistication. Dimly lit; long bar; series of tables along a wall of windows; a living room set-up for cushy lounging in the opposite area; talented performers, like Eudora Evans, Wednesday through Friday evenings, and Johnny Angel along with the Swinging Demons on Saturday nights, both providing unobtrusive ambience and stylish songs.

Oh, yes, seat yourself and settle in. But it's the beverages - and the sassy, classy bartenders that make this place. Meet Bar Director Cheryl Charming, a.k.a. Miss Charming, and bartenders Becca June, Steven and Pailinn along with bar backs Brendan and Ian. Enjoy their classic and famous New Orleans drinks, created and served in traditional fashion, perfectly balanced with all fresh ingredients.

The best Sazerac, best Ramos Gin Fizz, best Vieux Carre, not to mention an amazing Pimm's Cup are the prides of Bourbon O. Special and unique drinks are always at the ready since invention is the mother of thirst quenching.

This Holiday Season, do you know Patience Is A Virtue? It's not what you think, it's Bourbon O's featured seasonal cocktail. Bols Barrel-Aged Genever, along with Scarlet Ibis Rum from Trinidad, over-proof, pot-stilled rum from Smith and Cross in Jamaica, (we're not finished yet) and Ancho Reyes Chili Liqueur. Served tall, topped with ice, with the addition of made-here-only-twice-a-year spiced cider, and topped with fresh nutmeg, fresh cream whip, and an apple slice soaked in 151 proof rum and coated with Demerara sugar then torched for caramelization at your table.

Why not wrap up all the good stuff associated with the holidays in a drink? Patience Is A Virtue won't be here long so slip on in and have a sip.

Our next stop - Batch -- is tucked away in the recently renovated, fully restored Hyatt French Quarter Hotel. However, the bar has already gained a substantial following among Quarterites and frequent New Orleans visitors. Batch bartenders Patrick, Kyle, Shea Leigh and Chuck create signature cocktails in tune with the change of the seasons, just like culinary chefs.

The bar' makes extraordinary drinks with their specialties being spirit infusions. These house-made, flavored spirits are one of the trend-setting movements among the country's top bars and mixologists. While Batch bartenders can put together the classic cocktails with the flick of a wrist, it's these aged, seasonally infused "batches" that appeal to many of the bar's patrons.

One of the hottest current seasonal cocktails is the Batch Breeze, a cocktail made with pecan infused bourbon, simple syrup, house made ginger beer, muddled mint leaves and drunken cranberries.

The bar cooks the fresh fruit down with rum until the berries seem about to burst. Then a small amount of Frangelico liqueur is added to the mixture, which is allowed to soak for a period of 24-36 hours.

The bourbon's pecan infusion takes place over a ten-day period in a glass vessel. After the infusion, the bourbon spends two months aging in a light-char oak barrel.

Another one of the most requested cocktails this fall and winter is Dark and Spooky, a spin-off from the popular Dark and Stormy original. In the Batch version, a pumpkin infused rum is mixed with lime juice and the house ginger beer. This drink definitely rates a high "rum-yum" factor!

To make the infusion, fresh pumpkin puree is placed in a glass vessel with the rum for a period of 12-14 days.

Another top infused and very spirited cocktail, the Pecan Bourbon Manhattan, appears to be on every customer's list.

Flights of three 3 oz. draft beer pours are $8. daily. Also a daily flight special is available with 3 tastes of infused spirits for $10.

Additional bar food and more substantial fare can be ordered daily as well, but whatever's in your glass, don't miss the bar's signature bourbon glazed pecans!

Just a short walk away, the upscale, boutique Le Marais Hotel beckons with its super, chic and sophisticated club, Vive. The bar's contemporary décor and LED lighting provides a striking setting for patrons anticipating an enjoyable evening" and amazing libations!

The stylish surroundings expand as the bar opens onto the hotel's enchanting French Quarter courtyard with a heated saltwater pool, where guests can visit the outdoor bar intermittently for refreshing libations while lounging on comfortable furnishings, weather permitting.

The modern bar offers a heady selection of classic and signature cocktails, wines and beers. Bar supervisor J.T. and bartender Olga are adept at creating craft cocktails with fresh juices and house-made ingredients.

Other seasonal drinks are Irish Coffee, a raspberry white chocolate martini and the Gone Pecan with Cathead Pecan Vodka and Amaretto.

In addition to the Sazerac, Pimms Cup, Rum Runner and other traditional cocktails, J.T. and Olga offer some alternative cocktails such as the Pink Dragon with Vaccardi's Dragonberry rum, muddled lemons, strawberries, simple syrup, and a splash of lemon-lime soda.

As a heads-up, J.T. is known as the hotel's unofficial concierge, the go-to guy to find local destinations to please guests' special tastes in music and food!

News Flash: The 21st Amendment Bar in Le Marais' sister hotel, Le Mazarin, is hosting a Repeal Day Party December 5, from 11:30 a.m. until " . Specialty drinks and music will be the order of the day as the bar celebrates the 81st anniversary of the Federal repeal of Prohibition, the 21st Amendment to the U.S. Constitution.

The bar, located in the former La Louisiane restaurant space, revels in the bygone days, with its décor - the glorious and the notorious - and especially the cocktail phenomenon of the Prohibition period.

Upon the ratification of the amendment in 1933, President Franklin Roosevelt reportedly said, "What America needs now is a drink!"

So, come on by and taste a Lockjaw - or one of the newer versions of the La Louisiane cocktail made with infused barrel- aged rye whiskey, or any of other drinks handcrafted with house-made syrups, locally grown herbs, fresh squeezed juices and infused spirits!