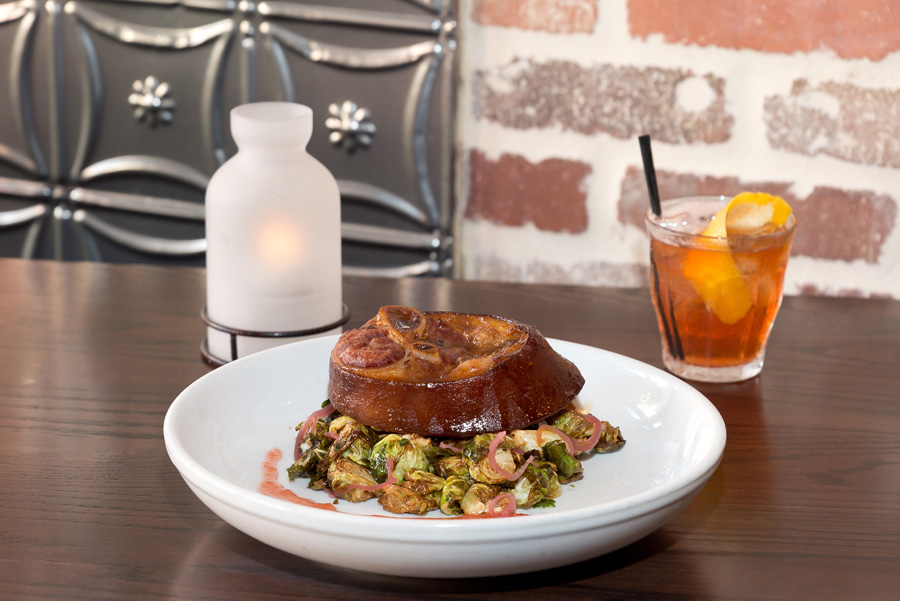 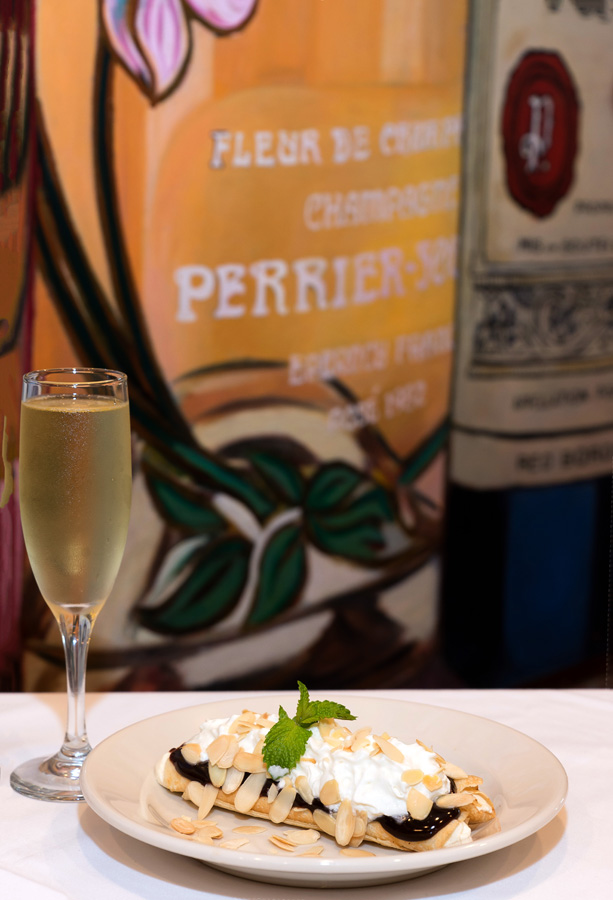 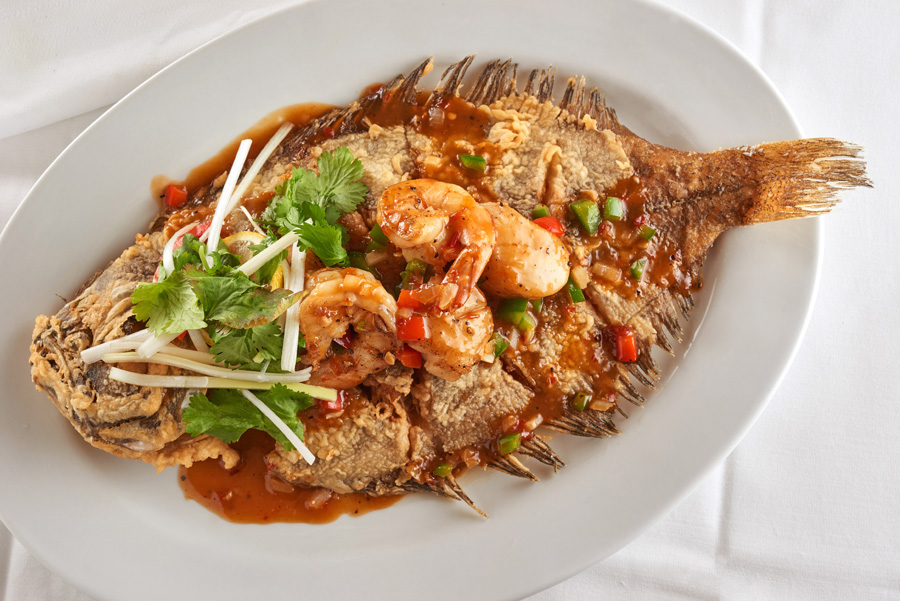 Holiday feasting rituals are celebrated in different cultures across the globe. Some festivities are attached to religious observations, others to historical traditions. Trendy dining choices with extravagant and decadent customs also take hold to become a staple for the holidays.

For example, Japan was inundated with an aggressive advertising campaign in 1974 by Kentucky Fried Chicken promoting KFC for the holidays. The company’s campaign was so successful that the fervor for KFC at Christmastime took hold and became a tradition, with KFC stores booked well in advance. Reportedly, some franchises even offer table service and adult beverages.

Here in south Louisiana, New Orleans goes back to its Creole roots during the month of December – which touches on most of the rituals, customs, and contemporary trends.

While New Orleans is always hopping-and-happening, the month of December is overloaded with spirited activities during the month-long “Christmas New Orleans Style.”

Most events take place in the French Quarter, including Chefs’ Holiday cooking demonstrations, concert series at St. Louis Cathedral and St, Augustine Church. Louisiana‘s historical characters sashay through the Quarter all month and “oh, what tales they can tell!”

In addition, there are historical tours, art exhibitions, school choirs’ performances, the National World War II. Museum Teddy Bear Tea, Celebrations in the Oaks at City Park, Brunch with Santa and his Elves, and many more.

However, as New Orleans is one of the most regaled cities in the world for dining, the city’s December Reveillon Dinners along with Reveillon on the Rocks cocktails are among the most anticipated and popular events of the month-long activities.

Reveillon is a traditional feast celebrated during the holiday season in New Orleans dating back to the early 19th century. Derived from the French word “waking,” Reveillon menus were comprised of exceptionally lavish foods, wine, and spirits; historically served on Christmas Eve after attending midnight Mass, and New Year’s Eve after Mass. Today, Reveillon is celebrated nightly throughout December in both the Creole tradition and contemporary style in many of the city’s best restaurants.

Ted Brennan’s Decatur’s seasonal menu, gleaned from the original Brennan’s family descendants, represent some of the finest, authentic Creole cuisine of any restaurant in the city. With their new location and namesake home on Decatur street recently opened, the third generation of the original founder, brother and sister Teddy Brennan and Bridget Brennan Tyrrell, have dedicated their efforts to their father, Ted Brennan. Ted, with his brothers, was the proprietor of the famous Brennan’s on Royal St. for many years; he passed away last year before the renovation of the Decatur Street eatery was completed.

Teddy and Bridget have lots of support because Brennan’s executive chef and many of the front-of-the-house service staff, most having 20-30 years or more in service at the previous Brennan’s, are part of the team at Decatur. They are working side-by-side with the younger generation to assure the new Ted Brennan’s continues the tradition of creating artful Creole classics, providing excellent service, and running a groovy bar and wine program.

Executive Chef Lazone Randolph, who started his career at Brennan’s just out of high school, has worked with the Brennan family more than 50 years beginning as a dishwasher.

“Chef Lazone just gets better,” said Teddy Brennan. “He’s amazing.” The menu reflects the iconic dishes that Chef Lazone learned from chefs before him,; there’s the classic Creole specialties that regulars order again and again, he has developed freshened versions of old favorites, as well as adding trending flavors and textures.

Renowned for their traditional breakfasts or brunch, Ted Brennan’s offers brunch every day of the week featuring favorites that have been served for 30 or more years such as Eggs Sardou, Eggs Hussarde, Eggs Benedict, Grillades and Grits Logan, and many others.

One of New Orleans’ 4 Grande Dames of Creole cuisine, Broussards is nearing the century mark in just a couple of more years. Broussards exemplifies fine dining and fun in an exquisite, historic setting…. an 1834 mansion converted to a restaurant with perhaps the largest, most charming courtyard in the Quarter. The large footprint shows off different facets of the property such as the Empire Bar, with its Napoleonic theme.

Led by Bar Manager Thomas Woods, the bar is always vibrant, and usually full of laughter and good cheer. Maybe it has something to do with the luscious libations patrons are served. Wood created a bourbon-based holiday cocktail for Reveillon on the Rocks called, “Home for the Holidays.”

On the dining side, Executive Chef Jake Shapiro heads up the cuisine, which he’s quite familiar with, having 15 years of experience in some of New Orleans most renowned kitchens.

Chef Jake has created a Reveillon menu that will surely delight diners. The four-course affair begins with a choice of crispy oysters Bienville with tarragon, mushrooms and tasso, or duck confit, brandy duck liver mousse, Creole mustard and apricot glaze.

Butternut squash bisque with truffle crema and crispy leeks, and a Belgian endive and arugula salad with Cambazola blue cheese, candied pecans and cranberry vinaigrette, will vie for diners favor for the second course.

The price for the dinner is $48 per person plus tax and gratuity. Wine pairings for each of the dishes will be available at an extra fee.

More news: Broussards’ Sunday brunch has been so successful, the restaurant has added Saturday for brunch as well. In addition, Broussards now has valet parking.

Several blocks away, Pelican Club flies under the radar as one of the French Quarter’s best and most popular dining establishments with both locals and visitors “in-the-know, but… “Keep it to yourself, so we can always get a table.”

Whatever the occasion, or just stopping in for an amazing beverage, try one of bar master Adam Tustin’s slew of specialty cocktails created for the holidays. Have a fling with the “Ho-Ho-Ho” with Pierre Ferrand Dry Curacao, gin-based “Santa’s Little Helper”, “Christmas Spirit” -- fueled by Tequila and other gems that will make you feel “jolly and bright!”

In continuing the celebratory holiday theme, Chef-Owner Richard Hughes has concocted a cool way to mingle his 4-course prix fixe Thanksgiving Day feast menu into a jingling Reveillon dinner for patrons all through December. Here’s the deal:

Guests choose an entrée from a wide selection of main courses. The price includes a soup, salad or appetizer, entrée, and dessert.

Among the 1st course offerings are turtle soup with aged sherry; shrimp, smoked duck and andouille sausage gumbo; and cream of oyster and mirliton.

The desserts choices are just as tantalizing as the other courses. Got your reservation yet?!

Long loved his cocktails and Louisiana Creole and Cajun cuisine, which his namesake restaurant celebrates with great vigor. Head Bartender Matthew Gardner makes a stunning Ramos Gin Fizz – the Kingfish’s favorite cocktail as well as many other traditional and original cocktails.

Gardner’s interpretation for a Reveillon on the Rocks cocktail – the contemporary, spirits side of the Reveillon-- is a Cranberry Old Fashioned, a kind of Tiki-Caribbean drink with equal amounts of Barbancourt Rhum, Beam Bourbon with allspice dram, cranberry syrup, a dash of orange juice, and angostura bitters.

The cocktail, according to general Manager John Magliollo, will be available through the end of the year and perhaps, beyond.

The cocktail would be a great aperitif with Kingfish’s Thanksgiving menu, or Reveillon dinner. Executive Chef Jason Klutts, a native of Morgan City, Louisiana, has put together a superb dinner for the holiday.

For the second course patrons can choose a traditional turkey feast with a roast turkey breast, confit turkey thigh with sourdough and mushroom stuffing, gravy, house made cranberry sauce, and roasted Brussels sprouts. The other option is smoked ham with butternut squash and tasso hash, melted onions and bell peppers, and pineapple and cherry compote.

For dessert, choices are spiced pumpkin bread pudding with caramelized apples and vanilla crème Anglaise, or bourbon pecan pie with caramel drizzle and nutmeg whipped cream. The price is $38 per person, plus tax and gratuity.

Kingfish’s 4-course $45 Reveillon dinner is just as exciting, beginning with roast duck and andouille gumbo. Go to www.kingfishneworleans.com to view the full menu.