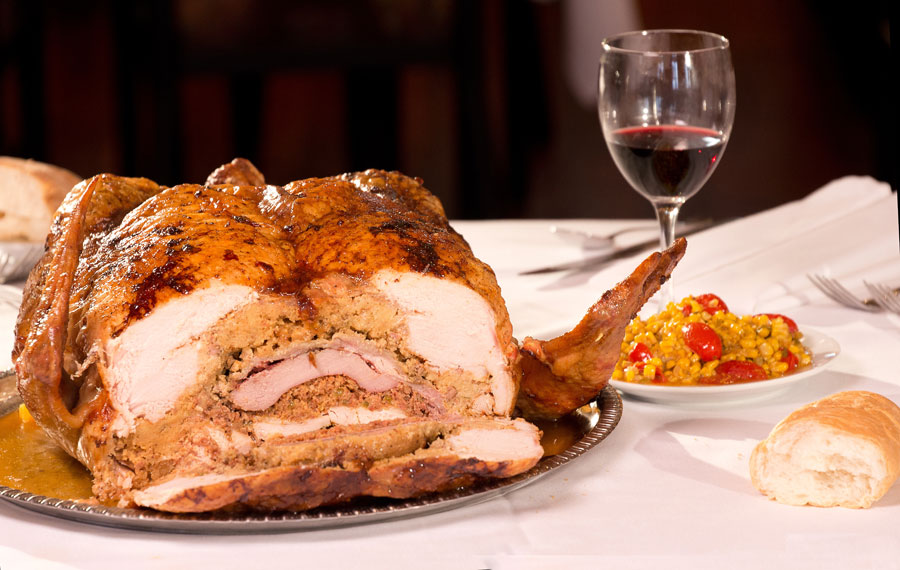 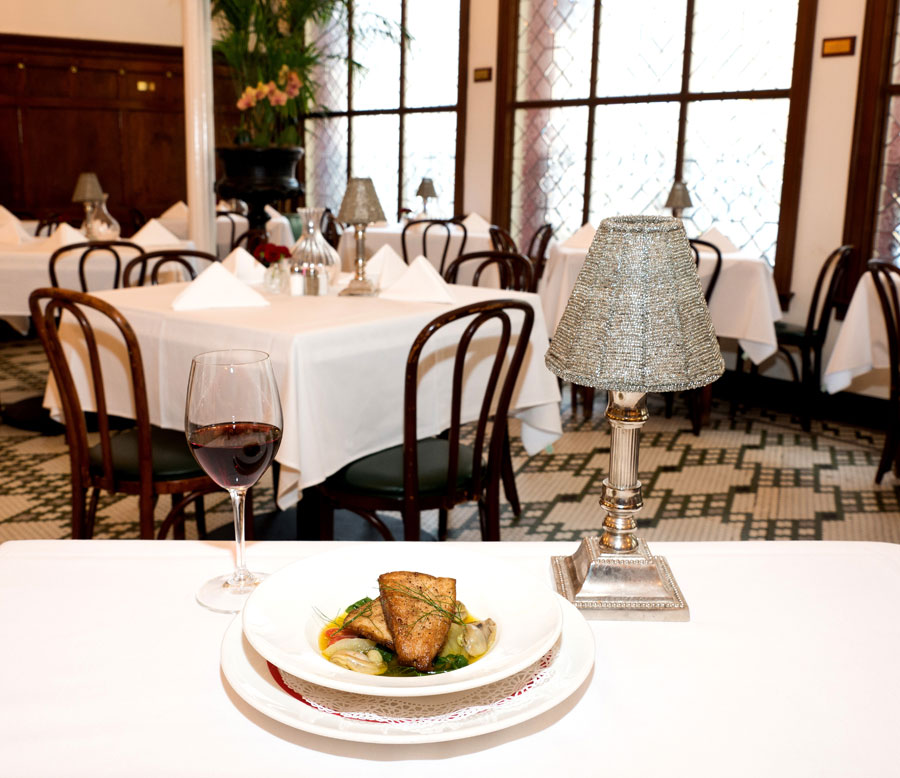 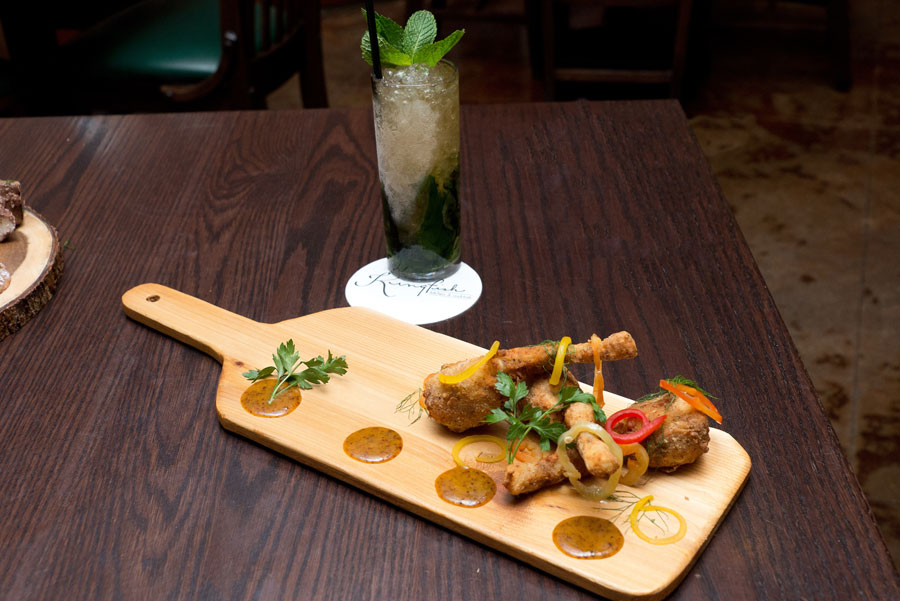 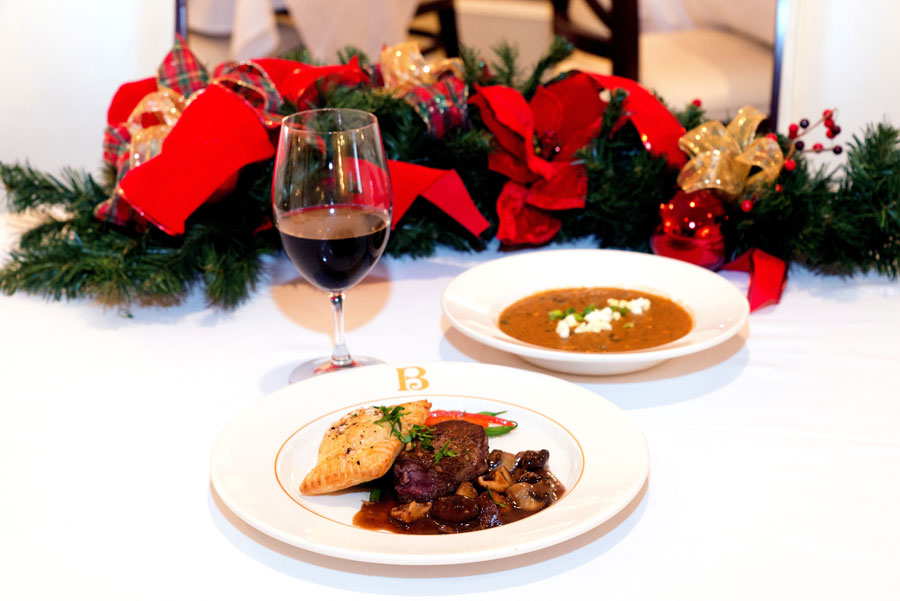 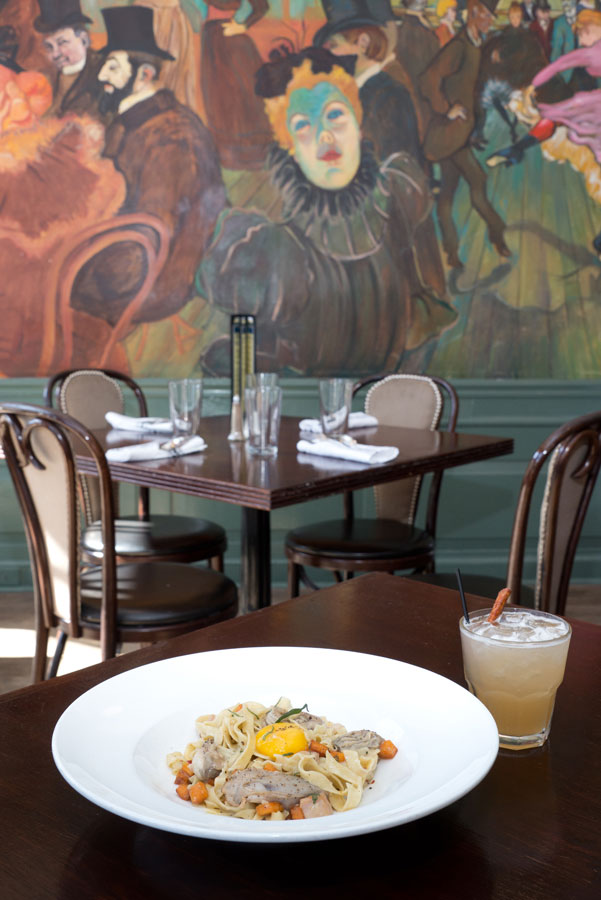 Just about every city in America observes the holiday season with celebrations and activities, some with parades, festivals, group caroling, exterior home decorations, faith-based gatherings and other events… all in the holiday spirit.

In New Orleans, these same traditions are practiced; however, just about every holiday event is eventually focused on fine food and wine or other libations.

The city is renowned and cherished for its culture and history, world famous cuisine and “joie de vivre” lifestyle. Reaching back into its heritage, more than 30 years ago, a small group of local restaurateurs resurrected a mid-19th century custom practiced by Creole families, notably in the French Quarter.

After an all-day fast on Christmas Eve and New Year’s Eve, the families would attend Midnight Mass at St. Louis Cathedral. After returning home they celebrated with Reveillon feasts, featuring richly prepared dishes and adult beverages.

Today’s Reveillon dinners have been updated somewhat but still convey the spirit of the past, now with more than 50 restaurants across the city offering classic renditions of Creole favorites as well as contemporary New Orleans cuisine. Of the 26 French Quarter restaurants, following are a few selected dinners to enjoy.

But first, a much more recent tradition is taking place at the start of the “deep” holiday season. On Thanksgiving Eve, K-Paul’s Louisiana Kitchen, founded and still run by the Prudhomme family, offers a Turducken Dinner.

Developed by the late, much-loved Chef Paul Prudhomme, a turducken is – well, a glorious treat, boneless, with a chicken stuffed inside a duck and the duck and the chicken stuffed inside a turkey. Each bird will have a different, delicious, dressing inside. The chicken will have oyster dressing inside, andouille for the duck and cornbread dressing for the turkey. After the turducken is roasted, it will be carved into thick, slices with layered delicious flavors and textures, and served, along with Chef Paul’s Sweet Potato Eggplant gravy.

The restaurant’s entire menu is also available on Thanksgiving Eve. For more information or reservations, contact the restaurant.

It’s not about Cuisine Fit for a King; it’s a Dinner Fit for a Governor. Huey Pierce Long, the 40th Governor of Louisiana, 1928 – 1932, and a member of the United States Senate, 1932 – 1935, was renowned in this state and throughout America as The Kingfish, a nickname associated with dominance and control, respected by all who came to know him. The moniker fits The Kingfish Kitchen as well.

The Reveillon dinner as designed and prepared by Chef Nathan Richard mines the traditions of the Old South, Acadian Heritage, and New Orleans’ Creole style. Chef has called on his skills and respect for history but also allowed his playful side to come out, featuring combinations of ingredients, preparations, and cross-pollination of histories.

For the next course, diners also have several selections to choose between: the Roasted Porchetta with Shrimp and Eggplant Dressing and swamp pop cola-glazed baby carrots; or Pecan-crusted Scallops with mirliton dressing and satsuma brown butter.

Finale offerings entail either the Figgy Pudding with Eggnog Ice Cream, or a tasting of Cajun sweets: pralines, fudge, and heavenly hash. $45.

Likely few restaurants in New Orleans typify the spirit of the season more than Broussard’s. The restaurant is visually stunning with elaborately decorated and historically correct dining rooms, in addition here is the location of the elegant yet comfortable Empire Bar, a loving and reverent reference to Emperor Napoleon Bonaparte. Joseph Broussard, a local chef who studied cooking in France, fell in love with Rosalie Borrello.

The building at 819 Rue Conti dates to 1834 and upon their marriage, Borrello’s parents gifted the structure to Joseph and his bride. The couple lived in the apartment above the restaurant where Joseph served authentic French and Creole-style cuisines, living out his respect for Napoleon. He even incorporated the likeness of the bee, one of the symbols of the Bonaparte family, into the interior design of the restaurant and the serving and dining utensils.

Joseph and Rosalie died in 1966 within one month of each other after a grand life together, serving and preserving New Orleans’ traditions. Broussard’s Reveillon dinner could not be more so.

Broussard’s Reveillon dinner begins with a choice of Charcuterie and House-made Pâté with Creole mustard sauce and pickles, or Tabasco Deviled Eggs with Southern pimento cheese and scallion hush puppies. Next, diners can select either the Truffle Butternut Squash Bisque with spiced pumpkin seeds, or Creole Turtle Soup au Sherry.

Celebrating 160 years of continuous service to delighted patrons, Tujague’s today proudly wears the designation as New Orleans’ second oldest restaurant. And as such brings the Creole and French spirit of the season into every dining room.

Guillaume and Marie Abadie Tujague, originally from Bordeaux, in 1856 opened their doors to serve the Port’s dockworkers and soon the reputation of their fine cuisine spread throughout the French Quarter and to the Americans on the other side of Canal Street.

The many traditions of the holiday season made the time special for the Tujague’s and they in turn brought joy through dining to their adopted city. It continues in the Tujague’s Reveillon service where the bounty of the surrounding waters combines with South Louisiana’s agricultural riches in very special ways.

For the second course, Tujague’s serves a wicked Turtle Soup.

One of the city’s Grande Dame Creole restaurants, Arnaud’s, will celebrate the restaurant’s 100th anniversary in little more than a year. Founded by a gregarious French wine salesman, Arnaud Cazenave, and acquired by the Casbarian family 60 years later, the restaurant is renowned for its elegance as well as its exquisite Creole cuisine. Famous for its Shrimp Remoulade, Café Brulot and so many other classic Creole dishes, Arnaud’s offers a choice of several starters: Rémoulade of poached Barataria Pass white Shrimp, white Rémoulade, and pickled root vegetables; or Beef Carpaccio with horseradish vinaigrette, arugula, frisée, and Stilton.

Located in the Maison Dupuy Hotel, BIstreaux, a casual restaurant with a serious kitchen, is the newbie in this group. Executive Chef Matt Regan, oversees breakfast, lunch, happy hours and dinner daily along with Sunday Jazz Brunch. Maison Dupuy can also boast one of the most beautiful courtyards in the French Quarter.

For, Reveillon starters, BIstreaux offers a choice of Crispy Pork Belly with cherries and lentils, or a Sweet Potato Agnolotti with brown butter, ginger snap, and sage. The second course is going to make for a difficult decision: Oyster and Artichoke Stew, or Shrimp Rémoulade with Beets and Tatsoi.

Two options are available for the main course, either the Crispy Roast Porchetta and Turnips with blood orange or Oyster Linguini with black pepper, egg, pancetta, and butternut squash.