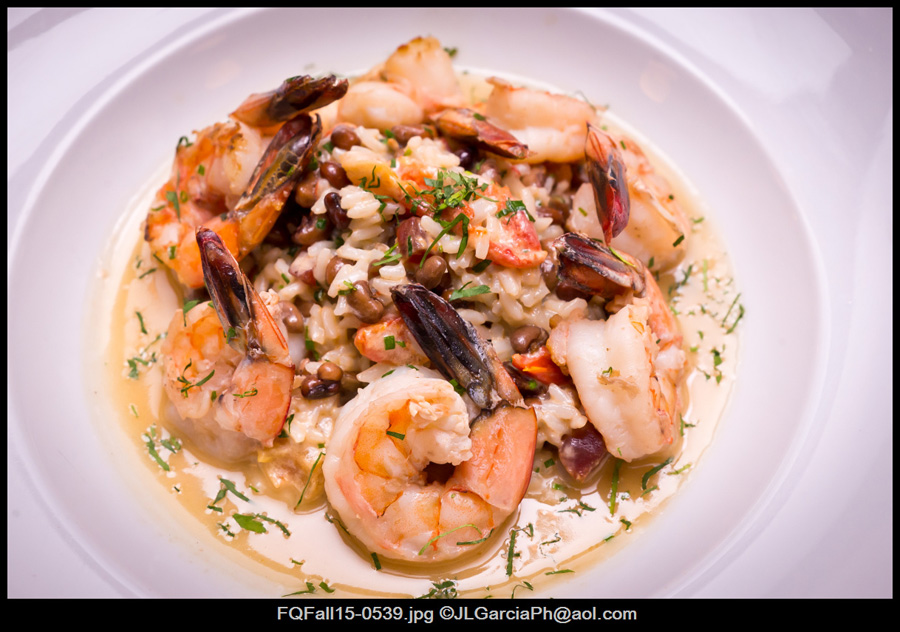 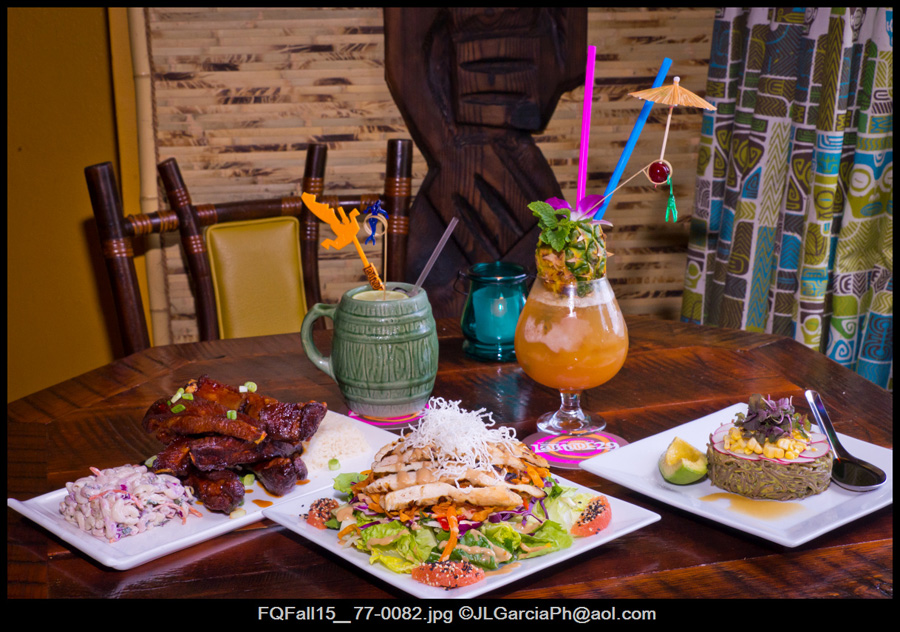 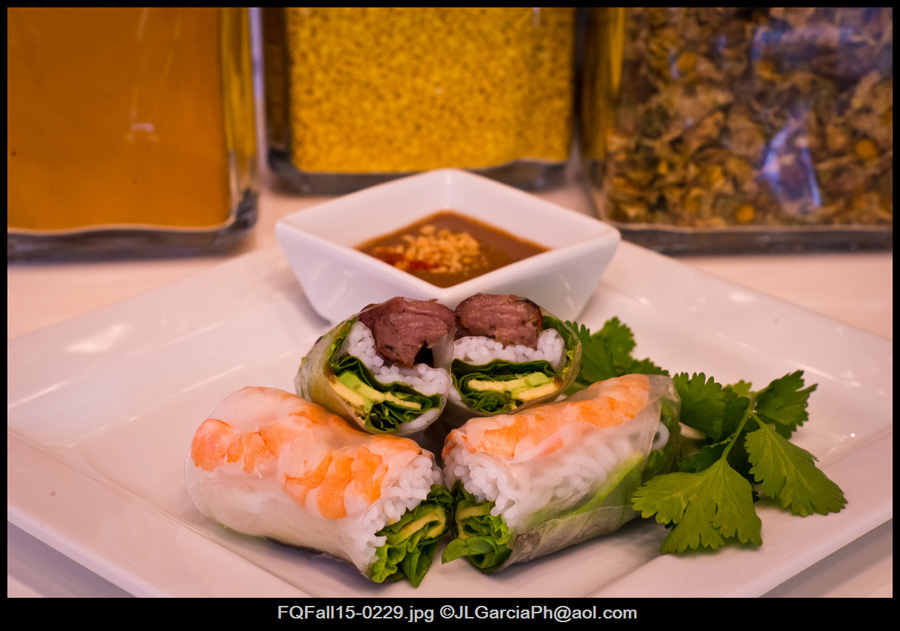 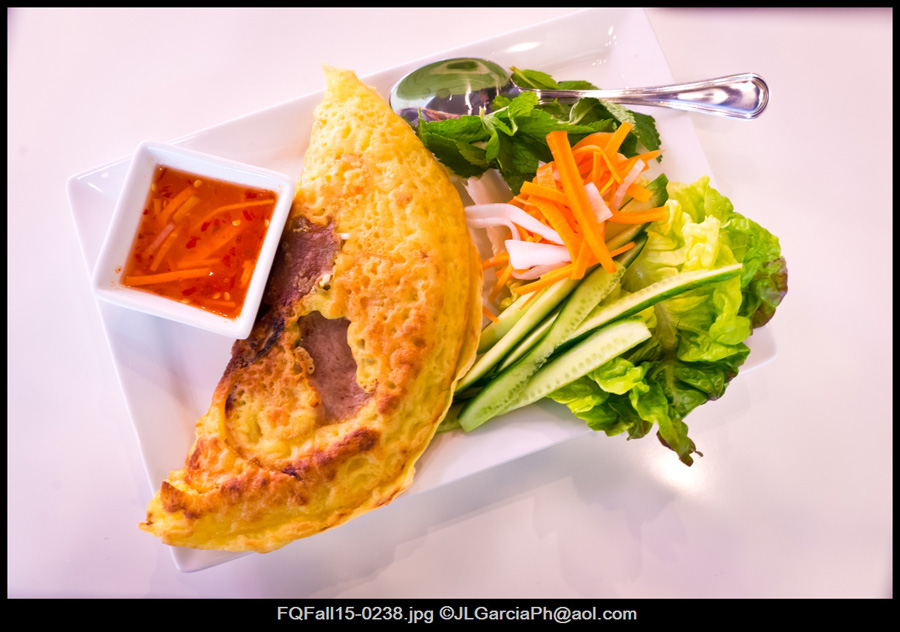 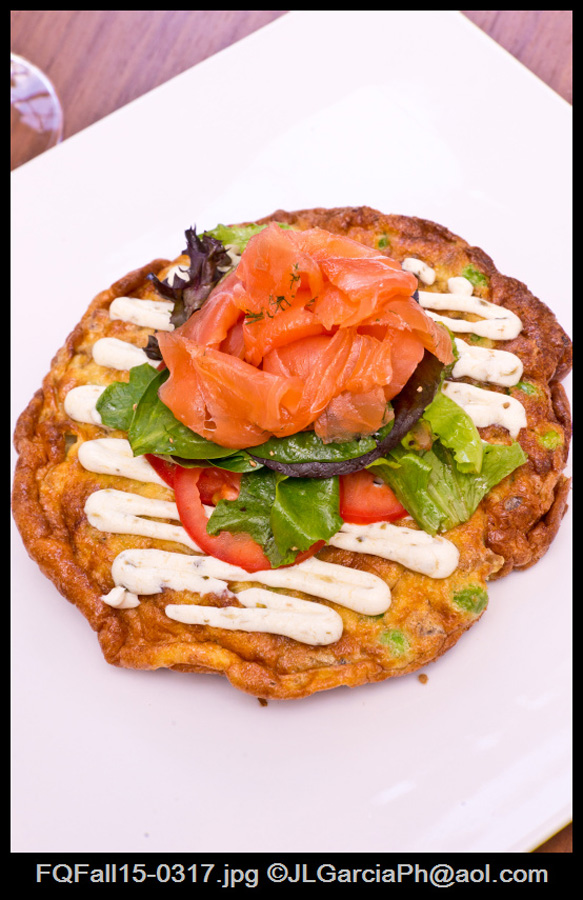 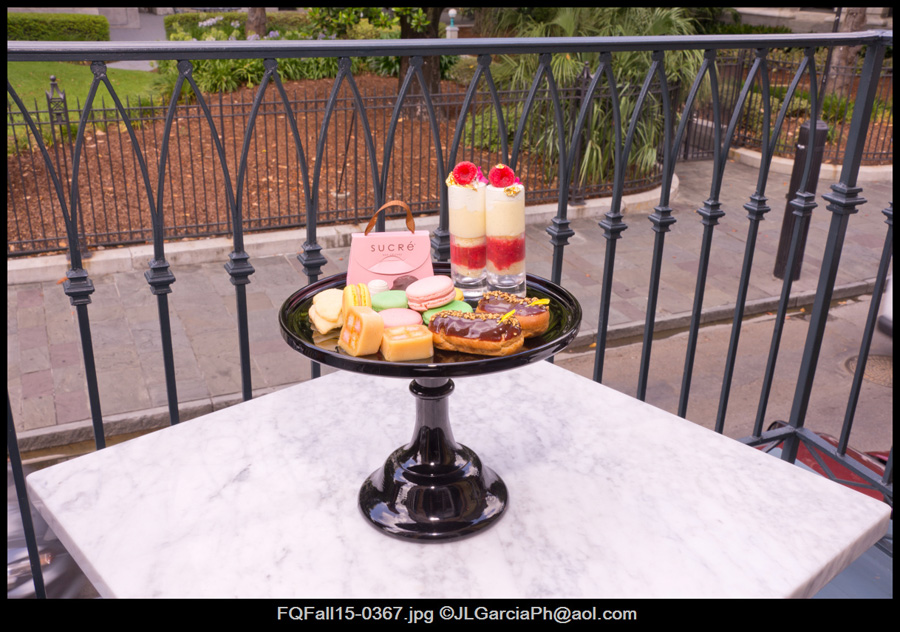 Every old place is new again!


The French Quarter, made up of aged historic buildings displaying the Old World architecture from different cultures, often morph into new dining, entertainment and other venues. The exterior and even interior may be familiar, but the attraction is something new. Following are four new restaurants in historic places, each presenting new adventures in dining.

Sucre in New Orleans is the epitome of sweet pursuits. It’s the shop that reaches the Inner Child in every adult, with an endless offering of gourmet treats, delighting both the eyes and the palate.

Tariq Hanna, Sucre’s guiding hand and creative genius, has given the ultimate adult playground, the French Quarter, its candy store, and upstairs, its adult playroom.

Salon’s menu items are combinations both new and irresistible. Belgian Fries and Caviar; Classic American Sliderettes of Beef, Lamb or Crawfish Tempura; Beef Dijon Tartare; Foie Gras accompanied by berries and creole cream cheese; and Shrimp prepared in an olive oil poach alongside Champagne and Caviar are among the difficult-to-decide choices.

In the short time since it has opened. Salon has earned quite a reputation as an oasis for Tea as it perfects the art of the Tea Service. The selections offered are certain to satisfy the tastes and curiosity of every tea lover. Black, White, Green, Herbal, Chai, Oolong, and Pu-Erh make decisions that much more difficult as one selection just won’t do.

The second floor dining room, tastefully completed to compliment the history of the Quarter while providing elegant comfort, offers an outside gallery seating area with views of large, lush magnolia trees on the grounds of the impressive Louisiana Supreme Court Building, and the happenings along Royal, Conti and Chartres streets.

A wide selection of fine wines, collected by Salon’s Sommelier Braithe Tidwelll, offered by the bottle and the glass, as well as cocktails based in tea and named for New Orleans characters who made late 19th century Storyville a most interesting place, assure an afternoon or evening of delightful cuisine and excellent adult beverages.

Salon by Sucre, quite new, but with a wiser, older feel, in the center of the Quarter.

New Orleans has always been at odds with its map location. Physically, here is a city in the American Deep South. Culturally, the overriding influences of the Caribbean, Old Europe and Africa permeate the entire scene.

Nowhere is this conflict more apparent than in New Orleans’ food scene, consistently rated as one of the best America has to offer. And it is at this point that one of the newer dining emporiums enters the picture.

Angeline is the result of Chef Alex Harrell’s background and experiences. The lad grew up in Southern Alabama and was an apt observer of his mother’s love of regional cuisine. Nancy Angeline Harrell was thrilled to have a son devoted to cooking as much as she was. But Alex had bigger dreams and soon embarked on his journey to New Orleans with a dream to be among the guiding lights of this city’s culinary scene.

His experiences at Susan Spicer’s Bayona, Gerard Maras’ Downtown, Ralph Brennan’s Ralph’s on the Park, and Scotty Snodgrass’ Table One rounded his talents, eventually settling him into Executive Chef at Sylvain. And now he has his own spot, Angeline.

There is much to love on the Angeline menu in the regional offerings featuring New Orleans preparations. Southern Fried Quail, Oyster Pan Roast, Local Squash Blossoms, Crispy Cauliflower, and Crispy Pork Hocks are starter suggestions, with the star of the show, the Angeline Charcuterie Board, a daily selection of meats, cheeses, pickles, and other items that catch the attention of Chef Harrell’s palate, all laid out in grand fashion.

Speaking of grand, the Whole Roasted Fish is certain to have other diners thinking you ordered correctly, but then you have to decide to go that way, or towards the Mississippi Rabbit Milanese, the Louisiana Blue Crab and Linguini, a Slow-Cooked Veal Breast, Confit Duck Leg along with Grilled Sausage, or the popular Gulf Shrimp with Creamed Rice.

The cocktail menu is equally ambitious, with a fine selection of wines available.

While at Angeline, be certain to admire the Alabama Folk Pottery on display, a “loan” from Chef’s mother’s collection.

Global location of everyone and everything is defined by positions using lines set on earth’s surface running from north to south, called Longitude, and lines running east and west, Latitude. The Latitude positions define not just a distance from the equator but also weather patterns and, thus, lifestyles.

New Orleans is located, officially, at 29.95° North Latitude, but it’s the attitude of the city that makes it unique in America. And this is nowhere better expressed than in the restaurant and bar, Beachbum Berry’s Latitude 29, because Tiki has not just been resurrected from the 1930s, it has found a home.

Thanks to Jeff “Beachbum” Berry, the utmost authority on Tiki culture in the world, and his wife, Annene, throngs of people who never tasted a real Polynesian cocktail are now learning what their grandparents and parents found fascinating.

Latitude 29’s décor, playful and impressive bar offerings, alongside fine food from the kitchen, all take on the reality of a South Seas civilization come to the French Quarter. You’ve heard of the drinks before but never have you experienced them at this level.

Berry, author of 5 definitive volumes about Tiki, was not living in New Orleans but wanted to. And not only did he move to New Orleans, unlike most authors, he opened his own restaurant and bar to properly present his subject matter, the Tiki exotica experience.

Food offerings by talented Chef Chris Shortall include a Dumpling Burger, Spiced Pork Rillette, Vegetable Poke, and Taro Chips, not to mention an incredibly delicious presentation of savory Pork Ribs as you will ever enjoy. The drinks are creative, well constructed and delicious: Missionary’s Downfall, Professor Remsberg’s Punch, Hawaii 504, Navy Grog, Suffering Bastard, among others, and -- the finest Mai Tai on the planet.

Stop by during Happy Hour for “Specialties of the Hut,” where the bar crew are inventing creative new cocktails and the Bar Bites are just as inviting.

This most happy place has to be on every visitor’s “must-do” list.

When thinking of the many cultures that added to the quality of life in New Orleans, the lifestyle and cuisine of Vietnam do not spring to mind. But there are many Vietnamese in this city, drawn here by climate and social similarities to life halfway around the world. Above all, the Vietnamese people are children of the sea and the wetlands, both of which provide similar aspects from their home country to life in South Louisiana, and to New Orleans in particular.

Begun in 1990, the restaurant Hoa Hong 9 was established on the Mississippi’s West Bank in the nearby community of Gretna, opening its doors early in the morning to serve sustenance to the Vietnamese fishermen before they went out for the day. The restaurant stayed open all day and soon attracted the attention of the New Orleans population because of the vast and varied menu comprised of both Vietnamese and Chinese dishes.

Hoa Hong 9, which means Nine Roses, has recently opened an eatery in the French Quarter, and it has not taken long for the outpost to find its place of honor among larger establishments. At the newly opened café, Proprietor Anna Nguyen is serving primarily traditional Vietnamese fare with a few specialties popping up on the daily menu here and there. With its casual vibe and reasonable prices, both visitors and New Orleanians are embracing the small restaurant without a moment’s hesitation.

Many types of Pho, a beef broth with noodles, herbs and spices and enhancements of flank steak, meatballs, chicken or vegetables, are perfect on their own, or as accompaniments to Banh Mi, a French baguette stuffed with cilantro, pickled carrots, cucumber, jalapeno peppers and aioli and featuring grilled pork or braised pork belly, chicken, beef, shrimp or tofu. Keep in mind that this is the town that invented po-boys and still revels in the high art of making a great sandwich.

Other offerings from Nine Roses Café are savory crepes, spring rolls with a variety of fillings, meaty salads, steamed bun sliders and an almost unending array of rice plates.

Nine Roses Café carries forward a great tradition of cuisine, which can be enjoyed with table service both inside and on the outdoor seating area adjacent to Exchange Alley.