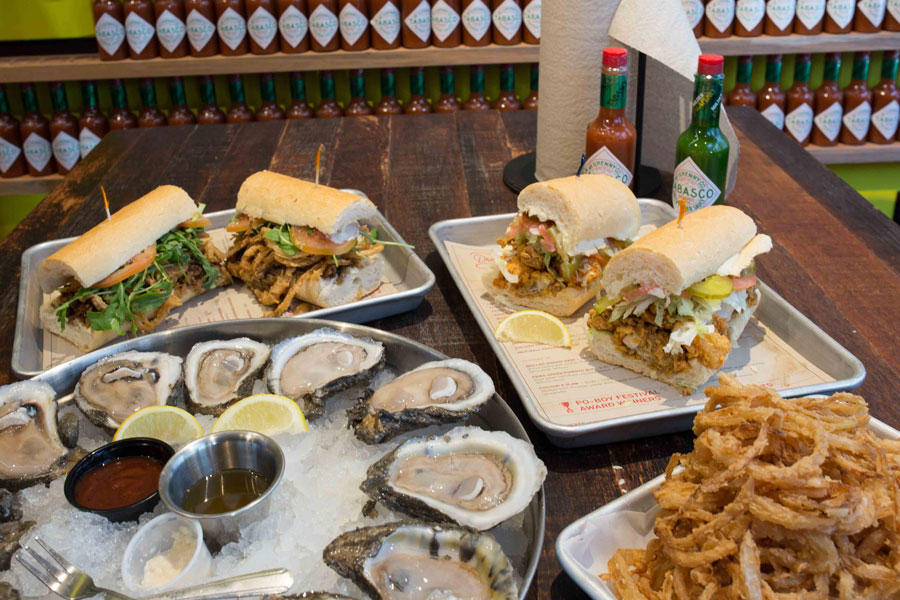 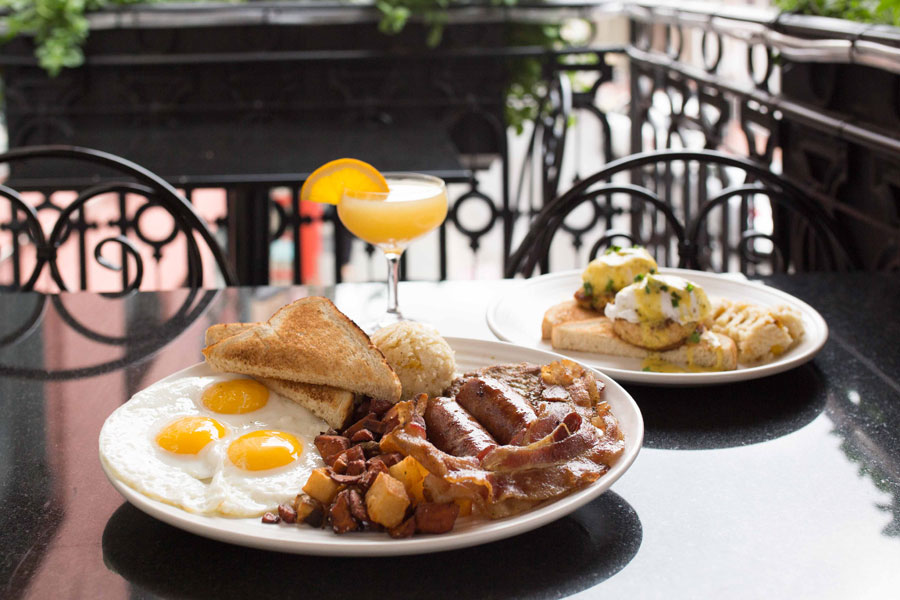 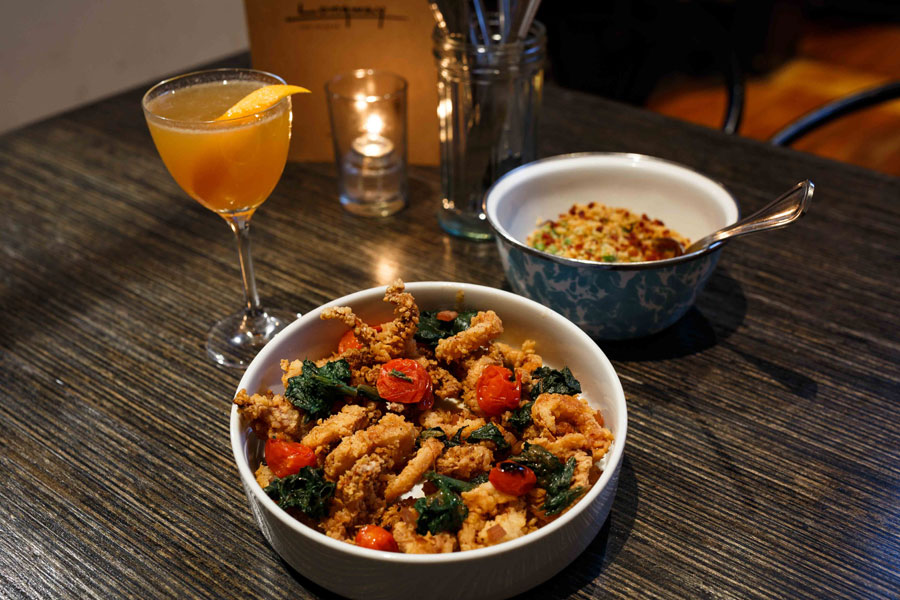 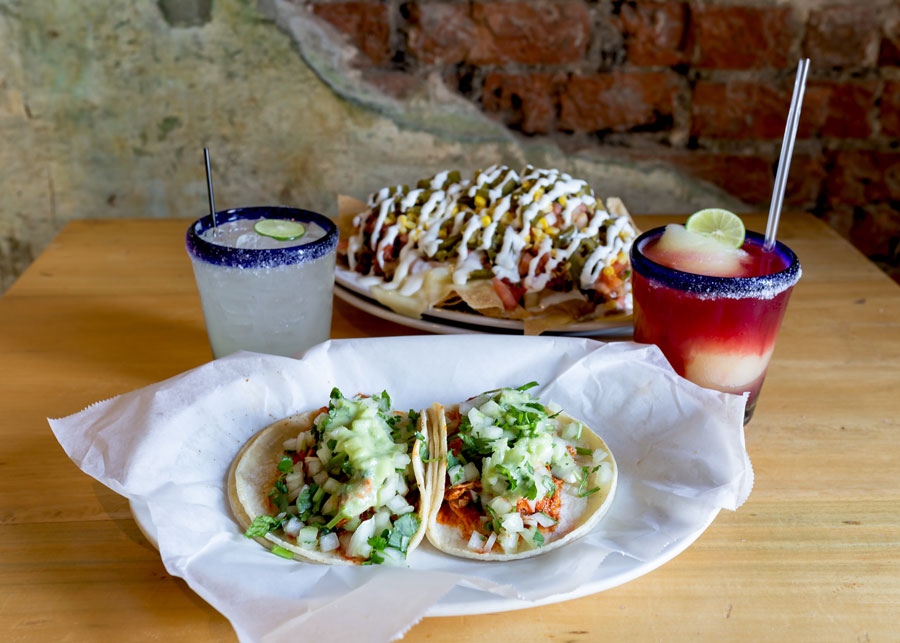 New Orleans has always been celebrated in the food world for its French-inspired Creole and Cajun culinary heritage. However, food influences that are the main go-to for locals’ and for the visiting populace are noted as a gumbo of a wide range of different cuisine cultures. Native Americans, diverse settlers, slaves, travelers passing through, and others who have been here have all contributed to the evolving creations of the city’s cookery.

Among the many French bistros, brasseries, cafes, Cajun and Creole Cuisine, diners may find stylistic variations from chefs on well-known specialties such as baked oysters, etoufees, gumbo, and many other delicious, dishes.

For example, here are a few choices: for Italian fare, there’s nothing better than Irene’s on Bienville St.; the freshest seafood from around the world at GW Fins, also on Bienville; Latitude 29 for authentic Tiki food and outstanding cocktails from Jeff “Beachbum” Berry; West African food at Bennachin; and many more that don’t just reflect one style of food.

Not even a year old yet, Longway Tavern has become a fixture in the village we call the Vieux Carré, attracting fans and followers among both locals and visitors. Situated in one of the French Quarter’s oldest properties, the location has many stories to tell.

Perhaps one of the newest is that Esquire magazine’s annual list of the 20 best USA’s new restaurants for 2018 chose the French Quarter newbie, Longway Tavern. Jeff Gardinier, the magazine’s food and wine editor, reported that the tavern was “a refuge of refreshment.”

He also noted that Longway “is the pub you wish you could park in for a few years.”

Some of Longway’s tantalizing dishes include fried calamari with Swiss chard, blistered grape tomatoes and charred lemon; Wagyu steak sandwich with fresh cheese, horseradish, charred green onion, and roasted mushroom; or you might want to try their hearty bowl of Bolognese with pork and beef, spaghetti squash, ricotta, and sage.

The place is a huge success in every way, including the staff, the atmosphere, the subdued charm, the bar and the open-air courtyard amidst gently swaying tropical trees.

As for the history of the location’s 1794 beginnings, one of the most intriguing stories is about a mid-20th century couple, the Bradfords, who were well-known in intellectual circles andlived at Longway’s current address. Apparently, artists and writers like Ernest Hemingway, William Faulkner, and actor John Carroll of Zorro fame often took the late, “long way” home, stopping by and welcomed at the Bradfords’ home, perhaps for one last cocktail, a chat and a snack before closing the door on the evening’s escapades.

Longway Tavern is open every day at 4 p.m.-12 a.m. with happy hour prices and specials available 4-7 p.m. daily. Next time, save me a seat at the bar!

Mahony’s Po-Boys and Seafood, another new restaurant that opened within the past year, was a roaring success at its first location in Uptown New Orleans over10 years ago, but the new French Quarter restaurant has taken Mahony’s to another galaxy.

Mahony President Glen Armantrout and Director of Operations Casey Levy are the team behind the shooting star they manage in the upper Quarter, just a block off Canal Street. While the initial Mahony’s Po-Boys maintains its charming setting in a 20th century converted cottage, the French Quarter Mahony’s covers a much larger space in its environs, furnished with an extraordinary curved wooden bar, and large windows for people-watching–the Ritz and the Hyatt Centric French Quarter Hotel are both across the street from Mahony’s. In addition, chandeliers, an oyster bar for bivalve mollusk lovers, and a snazzy Ford GT speedster sports car are all on display.

That’s all wonderful but the best part is really the food and, of course, beverages! Among the many starters or snacks, Mahony’s offers paper-thin fried onion rings that have won the MSNs Lifestyle Competition of the 10 Best Onion Rings in America. Add to that recognition, more honors have gone to Mahoney’s from the New Orleans Po-boy Festival, including awards for their Fried Chicken Livers and Slaw po-boy; the Peacemaker Po-boy with fried shrimp and oysters, bacon and cheddar cheese; and Short-rib Po-boy featuring Abita beer braised short ribs, fried onion rings, garlic aioli, arugula and tomato.

Much, much, more awaits hungry diners, including multiple selections in seafood plates including a Taste of Mahony’s for Two, Oysters on the Half-Shell, Mahony’s Famous o-boys, Salads, sides loaded fries, mini Mahony’s for kids under 12, and desserts. Good eating!

The Governor, yet another new restaurant in the French Quarter, which opened last year, appears to appease most diners’ desires, including a Power Brunch every day until 4 p.m. The newish Governor restaurant is a culinary salute to Louisiana heritage and culture. The menu at The Governor bestows homage to the water bodies and fields of Louisiana, including its seafood, meats, and produce with something for everyone to enjoy!

French toast fans will be gratified with the griddled cinnamon toast, powdered sugar, and maple syrup, with 2 eggs, or you might want to indulge in the Belgian buttermilk waffle served with 2 eggs and a choice of meats.

Mexican food is so very popular throughout the country that it’s often taken for granted. Nearly every city in America has Mexican eateries, and New Orleans is no exception. Among the amazing number of Mexican taquerias out there, it looks like the whole family finds satisfaction in authentic Mexican cuisine.

Felipe’s in the French Quarter has been noted as the one of the best Mexican taquerias in New Orleans by both Yelp and Trip Advisor….and the restaurant’s many fans in the French Quarter and the visitors that happen to luckily stop by to try out Felipe’s delicious, genuine and quite affordable freshly cooked food agree with the rankings.

Felipe’s philosophy involves using absolutely fresh, simple ingredients and authentic recipes. Felipe’s cooks all of their food from scratch continuously throughout the day, every day. All the mixing and cooking begins--from the traditional guacamole, to the carnitas, queso, and everything else--from scratch prepared in small batches, guaranteeing that it is served at the peak of freshness.

Felipe’s uses all natural and traditional Mexican ingredients to bring the most healthy, authentic flavors to the plate. Also, all of the meals at Felipe’s are made to order as the diner is watching. Not only do customers get just what they want at a good price, the food is prepared at lightning speed!

The taqueria’s bar follows the same program as the food: fresh, authentic, creative. Cocktails are made to order with fresh squeezes for Felipe’s perfect key lime margaritas. The Felipe’s team has built a culture of people who are passionate about authentic, quality Mexican food and outstanding service.