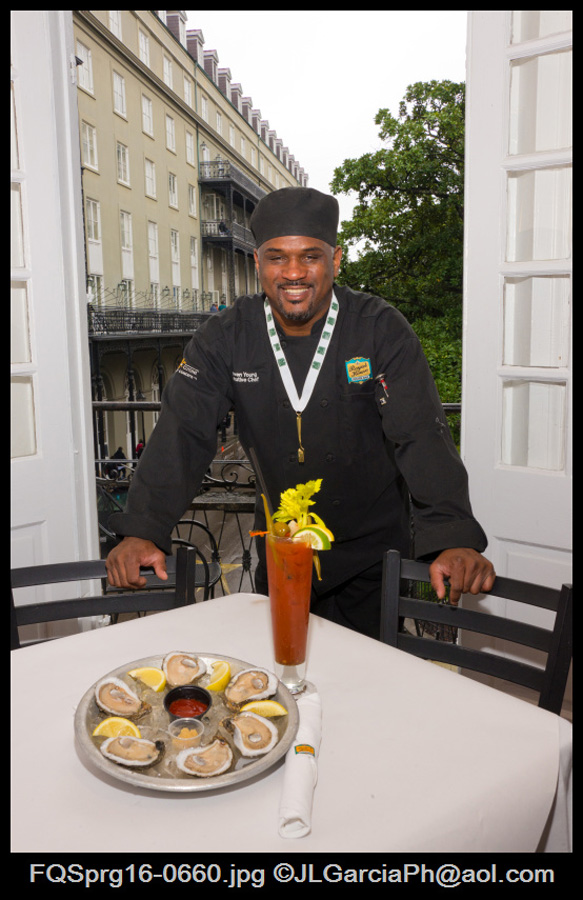 Chef Steven Young is a natural-born chef. A native of New Orleans’ West Bank of the Mississippi River, he grew up in a family of 9 children.

“My mother and grandmother were excellent cooks,” he said. “I was about 7 when I began hanging out in the kitchen watching and sampling, with all those wonderful aromas of gumbo, red beans, soul food and other local traditional New Orleans cooking,” Young recalled.

“With so many family members, there was a whole lot of cookin’ going on and I began helping my Mom, prepping food and we would taste as we went along” he said. “I just picked it up as a child and continued it through my ‘teens. It just became so easy and natural to create dishes in the kitchen.”

After high school, Young studied at the Chef John Folse Culinary Institute at Nicholls State University in Thibodaux, Louisiana. “This was a marvelous adjunct to what I already knew about cooking,” he said. “I picked up a lot of the basics, and it broadened my field of knowledge tremendously. My studies included basic sauces, knives, measurements, and how to properly chop and clean up,

“The training got me to the next level, said Young. “I learned about the business side of running a restaurant, the significance of sanitation issues, and so many other aspects regarding the profession.”

Young joined Copeland's restaurants where he worked for the next 14 years, opening 9 of the corporation’s restaurants nationwide. He traveled all over the country including Minnesota, North Carolina, Texas and within his native Louisiana.

“It was a great experience traveling to new areas,” said Young. “I tried many different foods and brought some of the tastes back home, but although I learned a lot about other regions’ foods , New Orleans still has the best foods anywhere and I was happy to get back home.”

He stayed in Louisiana for his next gig, owning his own restaurant in Shreveport, called “A Taste of Nawlins’.” After 7 years, he was back home in “Nawlins” and opening up Royal House, where he’s been the past 8 ½ years as executive chef, and over the last few years, adding the position of general manager to his title.

“We have a wonderful staff of 85-90 employees at this restaurant with 35 percent of the same staff we had when we opened,” said Young. “Some began as bus boys and moved up the ranks to servers and into management. We have a company culture that encourages success,” he said.

“We set our own culture, the quality of food that we wanted to source and prepare,” said Young. “In addition, over the years, our people have built relationships with customers. Our staff understands our expectations and are quite knowledgeable. Everything just clicks: happy employees and customers, it’s a win-win situation. And, we’ve broken all records for the company this past year,” Young added.