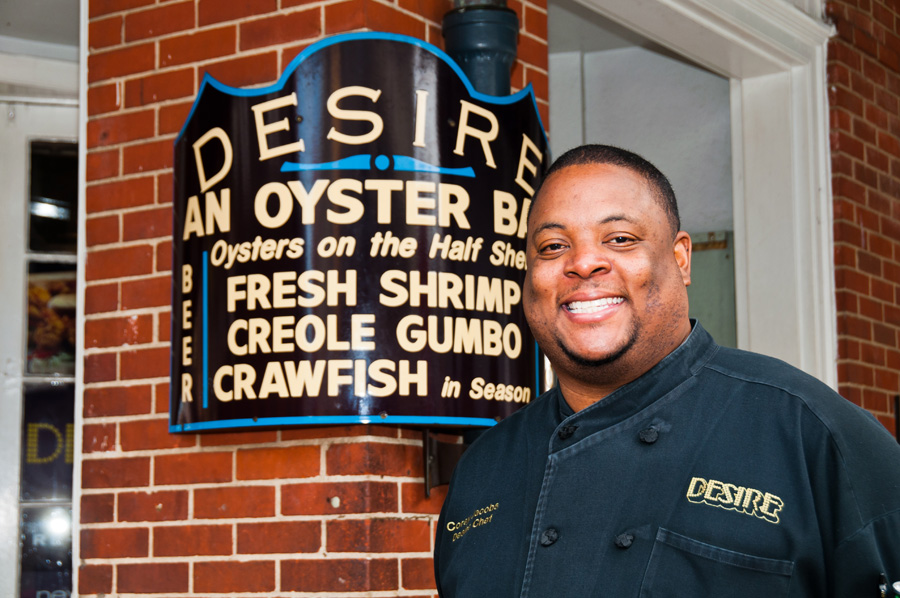 Corey Jacobs was born to cook! It may have taken the New Orleans native awhile to fully understand the power of his kitchen-calling, but once he knew, he went with it!

Now the executive chef at Desire Oyster Bar in the Royal Sonesta New Orleans, Jacobs initially got into the restaurant biz because he needed extra money for the upcoming birth of his first child. He took a second job at night as a dishwasher in a restaurant and was fascinated by the goings-on around him.

He noticed how no plate left the kitchen without the sous chef's observance and approval. As he became more engaged in the workings of the kitchen, he was offered the dual job of prep cook and pantry cook.

Jacobs learned as he worked, and was promoted to lead cook and then sous chef. Always eager to enhance his knowledge, he attended the prestigious Culinary Institute of America (CIA) in Hyde Park, New York, and entered the Pro Chef Certification program designed for chefs who had years of experience in the culinary field but no formal training.

Jacobs went through two parts of the program. After completion of Pro Chef II, Jacobs earned a Chef de Cuisine Certification. Jacobs successfully passed rigorous testing and critiquing of food and cooking techniques from respected master chefs while learning the origins of the classics and their preparation as well as much more.

As Desire's executive chef, he has worked with the staff and hotel officials on a mini-renovation of the city's iconic and beloved Desire Oyster Bar. Chef Jacobs has added a few new menu classics as well as preserving old favorites.