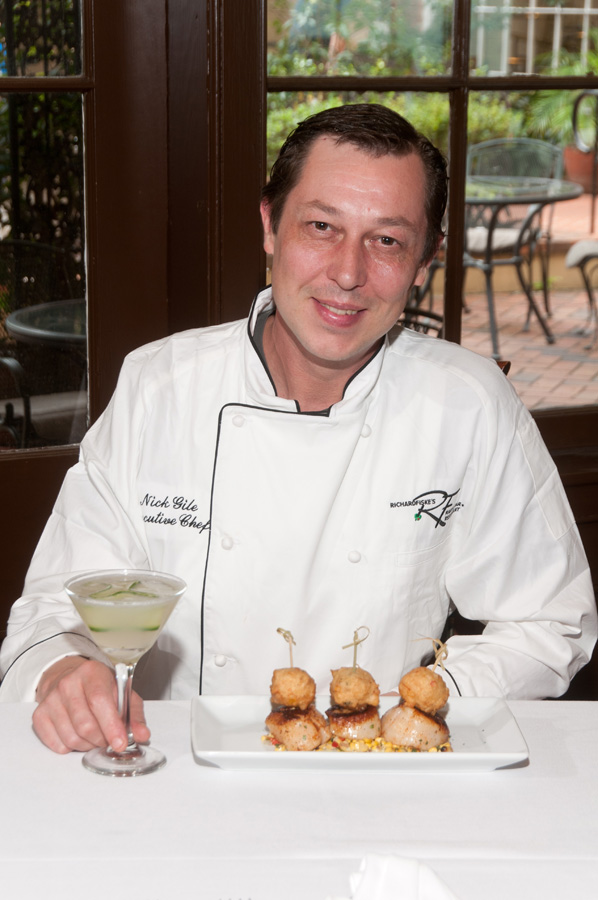 Chef Nathan "Nick" Gile is likely the only chef in New Orleans to begin his culinary career in Portland, Maine, and at age 14. So on two counts this guy knew very early what he was put on this earth to do.

He made his mark in that faraway city and was soon enamored with the entire concept of French cuisine. Yet he needed to find someplace more receptive to his passion. The quest led him to New Orleans, an American city with a cuisine like no other which had, itself, adopted all of the cultures from 300 years of existence and made them her own. His time in New Orleans was well-spent as he worked with some of the city's notable chefs, such as Andrea Apuzzo and the late Jamie Shannon of Commander's Palace. He was befriended by the respected proprietor of the tony Bombay Club, Richard Fiske.

Nick's wanderlust took him on the road again, this time to New York, then back home to Portland, all the while staying in touch with Richard who plied Nick with offers to return to the banks of the Mississippi. In 2013, Nick returned to New Orleans, actually for the third time, but who's counting? He is now happily garnering rave reviews from happy diners and in the pages of Travel & Leisure and Sante, among others, for his cuisine at Richard Fiske's Martini Bar and Restaurant. Ask him and he'll tell you, "I'm home."