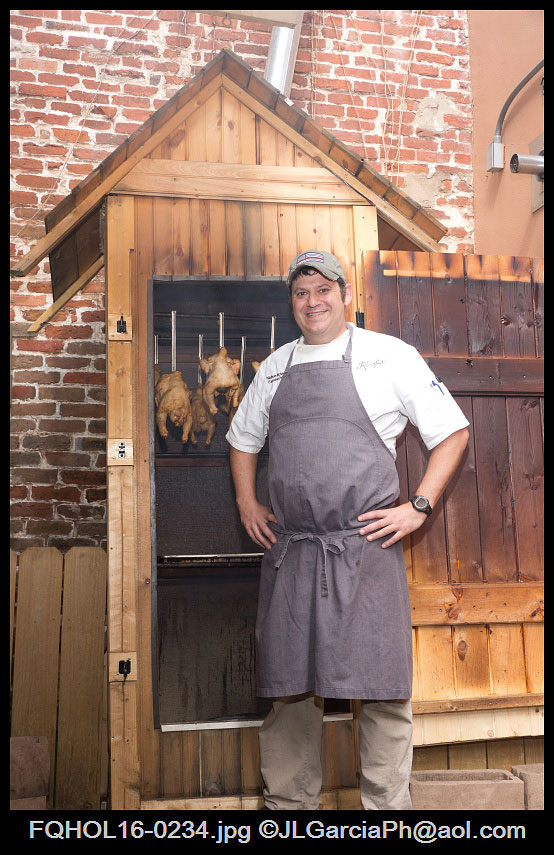 But the real treat at Kingfish is on the plate and in the glass. A marvelous bar program with excellent wines, craft cocktails, and outstanding beers answers customers’ thirst requirements as well as their food pairing needs. Cracklins with beer? Heck, yeah!

While the mixologists, bartenders, and sommeliers work the adult beverage part of Kingfish’s superb service, there’s a whole team of chefs working in the kitchen alongside Executive Chef Nathan Richard plying and playing with ingredients and methods to prepare dishes that are made to please.

A native of Thibodaux, Louisiana, Richard grew up helping his granddad raise livestock and vegetables on the family farm. Indoors, he discovered the kitchen and was his father’s understudy when it came to preparing authentic Cajun cuisine.

It didn’t take long for him to have the run of the kitchen. An avid fisherman and hunter, young Nathan cooked what he caught. Following graduation from high school, he worked at Commander’s Palace in New Orleans. The experience turned out to be farsighted as Richard made the decision to enroll in Delgado Community College’s culinary school.

He continued at Commander’s for the next five years in the various roles of pastry, sous chef, and butcher until moving on. He cooked in the U.S., the British Virgin Islands, and crossed the big pond to Europe to study charcuterie in France and Italy - with some of the best European butchers.

With all that experience and newly-found knowledge, Richard returned to the states, settling in South Carolina where he wowed customers at Fig, McCrady’s Husk and High Cotton.

However, Louisiana called and Richard returned to Cajun country, this time to Cochon in Lafayette, where he polished his sausage-making and charcuterie skills.

Back in New Orleans, Richard joined Restaurant R’evolution as a full-time butcher before taking the helm at Kingfish. Here his passion for Louisiana specialties – tasso, andouille, boudin – can be fully realized and for customers, truly appreciated.