Exhibition to bring early days of New Orleans settlement to life Display, bilingual book explore the people and cultures that contributed to the city’s founding February 15, 2018 | New Orleans, Louisiana—As New Orleans marks its 300th year, The Historic New Orleans Collection will explore the kaleidoscopic array of cultures that gave rise to one of North America’s most diverse cities. Objects from THNOC’s holdings will join rare materials from institutions across Europe and North America in “New Orleans, the Founding Era,” an original exhibition and bilingual companion book available Feb. 27, 2018. In 1718 the riverfront site proclaimed “La Nouvelle-Orléans” by Jean-Baptiste Le Moyne, sieur de Bienville, had long been used by Native American populations, but to the unfamiliar it seemed an unwelcoming location for a fledgling colony. Yet out of the harsh terrain, New Orleans began to take shape, and over the course of the next few decades, every newly arrived group expanded and changed the settlement’s personality and landscape. “This exhibition will offer visitors an opportunity to reflect on the complicated and often messy nature of New Orleans’s birth and early years,” said Erin M. Greenwald, historian and exhibition curator. “It examines the lived experiences of the settlement’s earliest inhabitants, a majority of whom—including French and Canadian soldiers, French convicts and enslaved Africans—were unwilling participants in France’s colonization of the lower Mississippi Valley.” The display will feature works on paper, ethnographic and archaeological artifacts, scientific and religious instruments, paintings, maps and charts, manuscripts and rare books. These original objects will be complemented by large-scale reproductions and interactive items. More than 75 objects will be on loan from organizations in Spain, France, Canada and around the United States. A number of items, like a pair of 18th-century Native American bear-paw moccasins from the Musée du quai Branly in Paris and pieces of 15th-century Mississippian pottery from the University of Mississippi, have rarely traveled beyond their home institutions. “There were so many groups whose existence in and around early New Orleans shaped its growth and development,” Greenwald said, who now serves as curator of programs for the New Orleans Museum of Art. “To tell their stories we have included not just the written record, like maps, memoirs, and letters, but also material culture objects—those found above ground, like the mortar and pestle used by Sister François Xavier Hébert in an early New Orleans hospital, and below, including a host of early 18th-century artifacts recovered from archaeological digs in the 21st-century French Quarter.” John H. Lawrence, director of museum programs at THNOC, noted his excitement for the exhibition as it relates to the city’s milestone anniversary. “We hope that the power of seeing these amazing original items in the exhibition will give every visitor a sense of awe and inspiration that they are viewing things that are nearly as old as the city itself,” Lawrence said. The exhibition’s digital interactives will include an interactive map of archaeological digs at a variety of French Quarter sites, a game quizzing visitors on supplies needed for a new home in the settlement, a 1731 inventory of enslaved Africans and African-descended people living on a West Bank plantation and short films featuring narrated recordings of the writings of early New Orleanians. In addition, the companion catalog—in both English and French—will feature essays describing the different populations who inhabited precolonial New Orleans and the surrounding areas, as well as the forces driving the settlement’s growth. Essayists include Greenwald and historians Emily Clark, Shannon Lee Dawdy, Robbie Ethridge, Gilles-Antoine Langlois, Yevan Terrien, Daniel Usner and Cécile Vidal. Gérard Araud, ambassador of France to the United States, contributed the book’s foreword. “New Orleans, the Founding Era” will open with a press conference and ribbon cutting beginning at 3:30 p.m. on Tuesday, Feb. 27. The exhibition, located at 533 Royal St., will be on view through May 27, 2018, and open to the public Tuesday–Saturday, 9:30 a.m.–4:30 p.m., and Sunday, 10:30 a.m.–4:30 p.m. Admission is free. Details on the display’s robust programming schedule—including a concert, lectures, and demonstrations—are available online at www.hnoc.org. The exhibition is supported in part by Whitney Bank and Arnaud’s Restaurant. The companion catalog has been made possible with support from the 2018 NOLA Foundation, Air Liquide, Alliance Française de la Nouvelle-Orléans, Council of French Societies in New Orleans, France-Louisiane Franco Américaine Association, Les Causeries du Lundi, L’Union Française, French American Chamber of Commerce–Gulf Coast Chapter, Consulate General of France in New Orleans, IBERIABANK, Dr. Phillip Mollère and E. Alexandra Stafford. ###
Blog tags:
THNOC 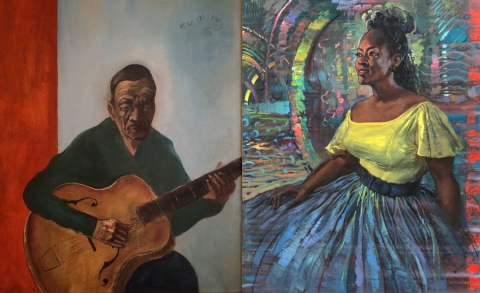 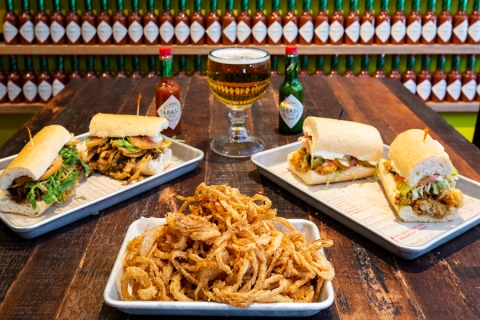 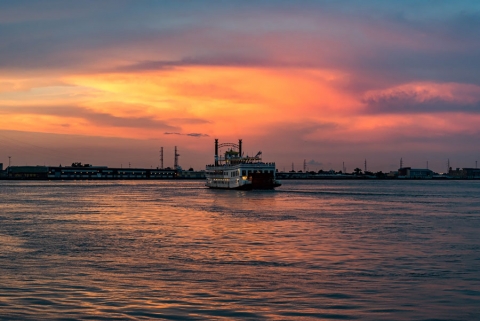 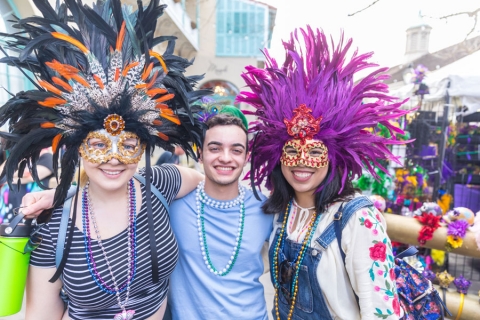