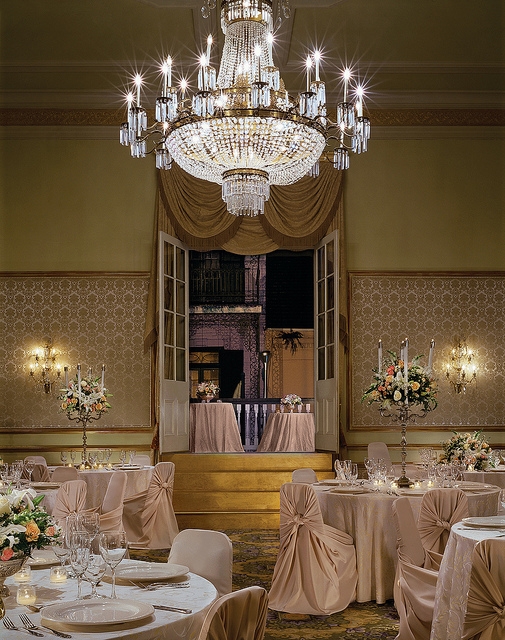 NEW ORLEANS Sept. 7, 2017 - The Bourbon Orleans Hotel, located at 717 Orleans St., directly behind St. Louis Cathedral, captivates visitors with its rich, 200-year history, including being one of the most architecturally significant buildings of its time; a nexus for 19th-century social culture and an opulent ballroom where quadroon ladies were introduced to Creole gentlemen; a courthouse; a convent for a Catholic order of free women of color; and now a luxuriously renovated hotel in the heart of the French Quarter.

The Orleans Ballroom was built in 1817 by architect and contractor William Brand, following the design of an earlier classical ballroom built by Henry Latrobe, which burned the prior year. The edifice connected to The Théâtre d’Orléans, the city’s largest playhouse presenting French dramas seated 1,300 Creole patrons.

The ballroom’s atmosphere was elegant, embellished by romantic murals and ornate crystal chandeliers. Its original Roman Doric columns, archways, French doors with transoms and grand staircase are still visible in the Bourbon Orleans Hotel. Orchestras would play in both the theater and the ballroom where social, military and masquerade balls were held for a half century and patrons could “drift from one to the other without pause,” according to historian Henry Kmen. “Everyone agrees these balls made the capitals of Europe envious.”

The ballroom's storied past includes being a location for quadroon balls. At the turn of the 19th century, an abundance of well-bred ladies who left Saint-Domingue after the 1791-1804 slave revolt emigrated to New Orleans. Beautiful and exotic women with one-quarter African-American blood often sought to establish domestic relationships with wealthy planters. With their mothers as chaperones, they were introduced at “quadroon balls” . Creole gentlemen would, in turn, provide housing and support for the women and their children in the socially accepted practice called “plaçage.”

Henriette Delile, founder of Sisters of the Holy Family Convent, was born of a Frenchman and a placée. She had already lived the life of a kept woman and lost two babies before choosing the religious life. Along with her friends, Juliette Gaudin and Josephine Charles, she founded the first Creole order of Catholic nuns in 1842. The sisters educated free people and slaves, cared for the elderly and needy, and nursed the sick, through yellow fever epidemics.

After Delille’s death, the sisters consolidated their holdings in 1881 and with the major financial assistance of a wealthy free man of color, Tommy Lafon, purchased the building at 717 Orleans St., for $1,205. There they established St. Mary’s Academy, the first secondary school for black girls in New Orleans, and St. John Berchmans Orphanage. It is anticipated Delille will be canonized a saint in coming years. Several movies have been released over the years regarding the Henriette Delile story. In 1964, the property was purchased by the Bourbon Kings Hotel Corporation. Composed of four adjacent buildings, the ballroom was restored to former glory and a new hotel wing with courtyard pool and meeting space was added.

The history of the hotel remains within its walls, and some guests have reported paranormal visits. A few say they have heard a young girl playing in the hallway while others have imagined a lady dancing in the ballroom beneath the chandeliers. Each Thursday afternoon, guests of the hotel are treated to a free history tour of the hotel, including the 200 year old Orleans Ballroom. The tour ends in the owners suite, where refreshments are served on the Balcony overlooking Bourbon Street.

The Bourbon New Orleans Hotel is part of the prestigious New Orleans Hotel Collection. Located on one of the most coveted corners in the heart of the French Quarter, the Bourbon Orleans Hotel features a rich history and opulent French styling reminiscent of the early 1800s. The hotel’s ideal New Orleans location is just steps away from the famed St. Louis Cathedral, upscale shopping on Royal Street, local artists and performers of Jackson Square, and many restaurants, galleries and nightlife in between. The Bourbon Orleans Hotel is locally owned and committed to preserving the history and character of the hotel for generations. For more information, visit the hotel’s website: click here. 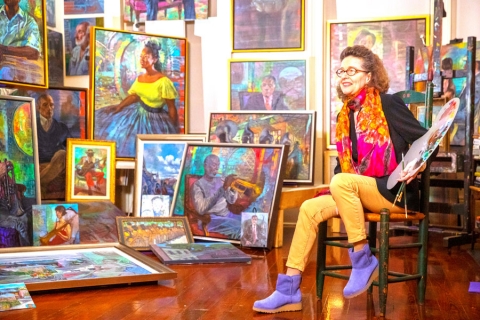 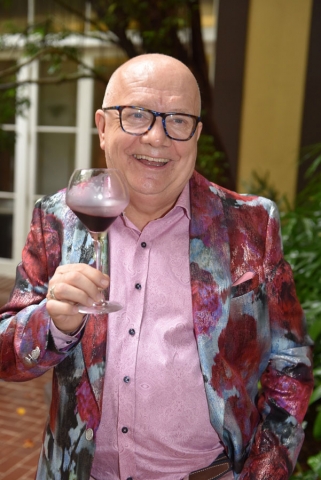 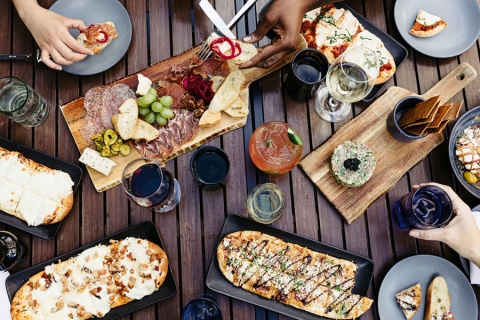 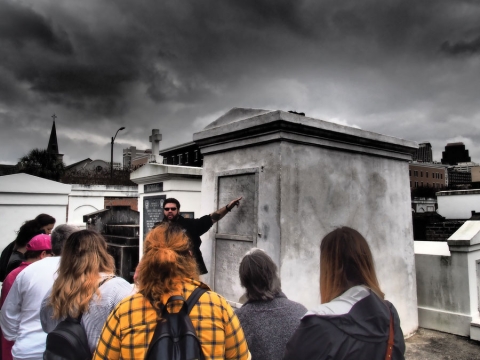 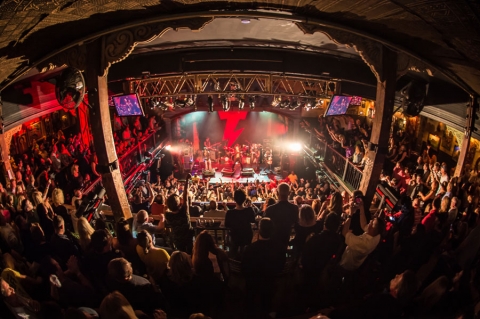