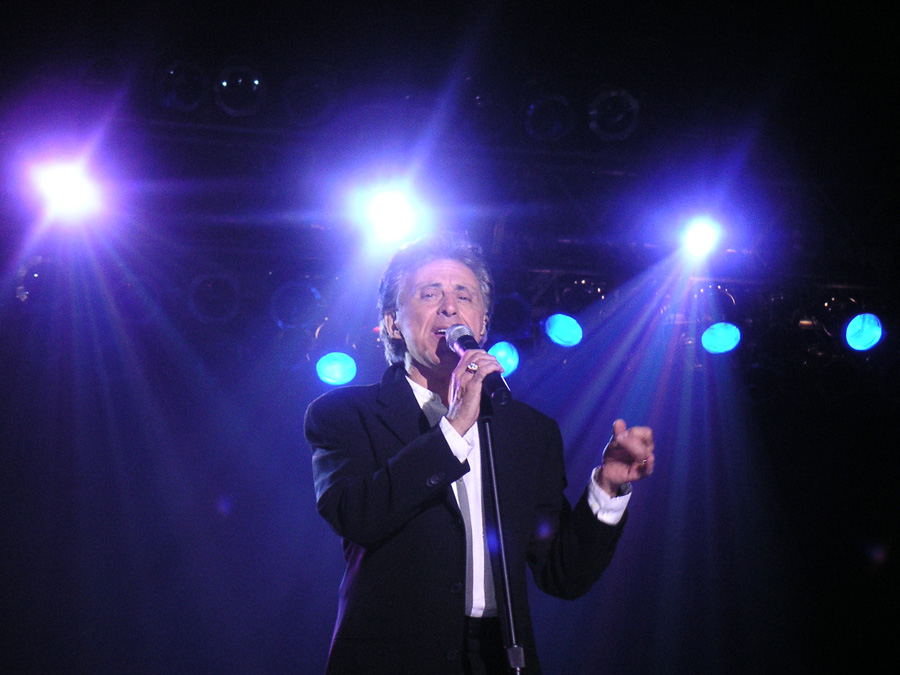 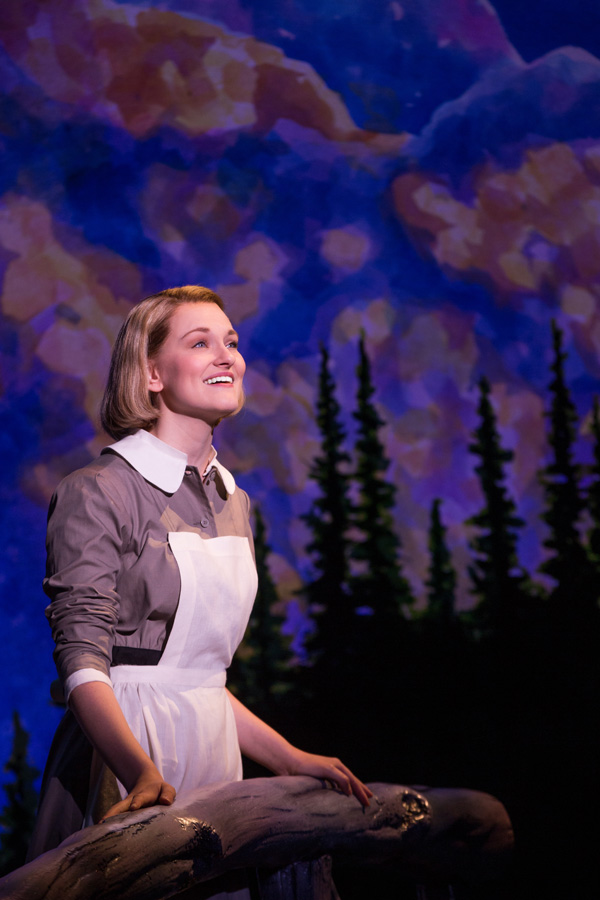 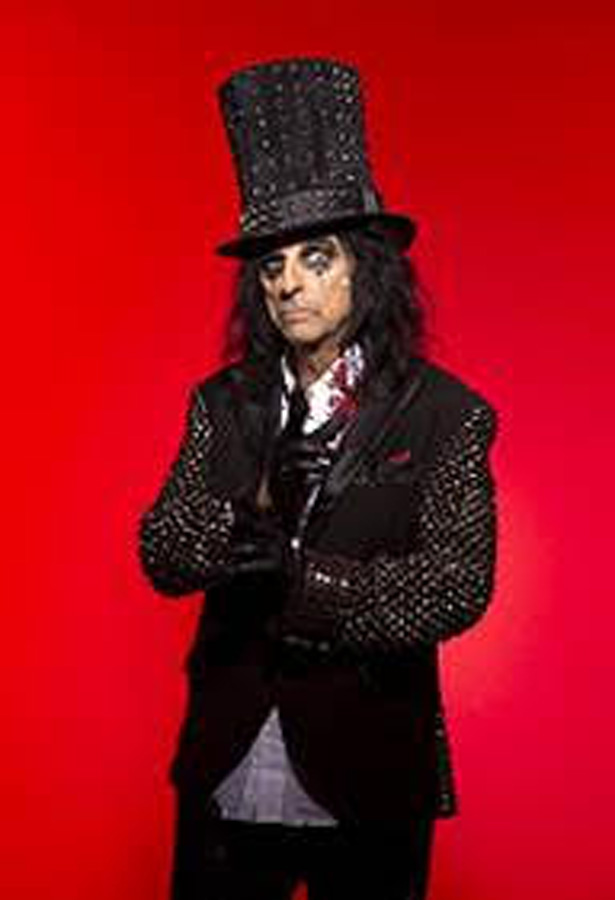 New Orleans’ multi-faceted culture is celebrated and world-renowned, yet the city’s live stage arts and other festivities certainly merit more recognition as well.

Besides festivals and spur-of-the-moment street parades and other celebrations – likely to pop-up right before your eyes – the city’s theatre and live performance community is vibrant and very much a part of everything New Orleans.

For example, there’s the long-standing tradition of strolling the Arts District in your best dress-whites the first Saturday in August on White Linen Night.

In keeping with the spirit, don’t wash what you wore the week before! Simply don the same outfit and prance around in it again. That’s just the way the event rolls – a repeat performance in a different place.

In addition to the many attractions offered, residents and visitors to the Crescent City can also choose to spend an evening in one of the comfortable and often historic presentation venues. Theatergoers and other live performance fans are very likely to enjoy another side of the city that they may not have considered before.

Wasting no time in getting August underway with a big start, and coming to the Saenger August 4, Maksim and Valentin Chmerkovskiy, otherwise known as Maks and Val, the hottest performers from Dancing With the Stars, will share with the audience the show they have wanted to perform since their childhood in the Ukraine. Now they are major forces in the world of dance, and they have put together a show, Maks and Val Live Onstage, full of surprises, together with a host of their friends from stage and television.

Blue-collar comedy is on center-stage August 12 at the Saenger with Ron White, a guy who has no problem skewering sacred cows and then grilling them over an open flame. All 4 of Ron’s comedy albums have gone to #1 on Billboard’s™ Comedy Charts, accounting for more than 14 million record sales. Lots of fans and lots of laughs.

Step back to the authentic days when the boys from New Jersey had America singing along in falsetto, Frankie Valli and the Four Seasons step up to the Saenger Theatre microphones August 14. The guys will not disappoint, belting out songs that sold over 100 million records in a 40-year career, capped by a hit Broadway show and a smash movie.

Rock-n-roll does not get more theatrical than Alice Cooper and he will be making a spectacle of himself at the Saenger Theatre on August 17 for one performance only. Hard to believe two cities where Cooper was influenced are Detroit, the city of his birth, and Phoenix, where he lived and was discovered by Frank Zappa. He does, however, enjoy New Orleans and the city’s free-spirited lifestyle.

A major force in Gospel Music, Tasha Cobb, arrives at the Mahalia Jackson Theatre, August 19. Ms. Cobb is the daughter of Bishop Fritz and Lady Bettina Cobb from Jessup, Georgia. Her grand performance style and songwriting takes her around the world to packed venues. The Mahalia Jackson is ideal for this young performer.

Mark Normand, a very funny comedian, takes over the Joy Theatre September 1. Mark has been all over television with appearances on Inside Amy Schumer, Conan O’Brian, Last Comic Standing, and Louis C.K. Born and raised right here to two seemingly normal parents, Mark will, no doubt, deliver a memorable performance in his return to his home town.

The closing stop to one of the summer’s most successful national musical tours, Ja Rule and Ashanti will be at the Joy Theatre, September 10. Several weeks later, the Devin Thompson Project brings its music and its Between the Buried and Me tour to the Joy Theatre September 27. Thompson is known as the founder of Strapping Young Lad but the heavy metal Canadian artist has gone much deeper into the genre, and more, with this tour.

Sturgill Simpson takes to the Saenger’s grand stage September 9 to share his brand of redefined country music, hot on the heels of the release of his smash album, A Sailor’s Guide to Earth. Simpson continues his journey with new music with this next effort, a solid follow-up to Brace for Impact (Live a Little).

In observance of their centennial season, the historic Le Petit Théâtre du Vieux Carré presents Tony award-winning musical Pippin, September 16 - October 2. The ensemble cast tells the story of Pippin, a young prince in his search for passion and adventure. Music and lyrics are by Stephen Schwartz and the book is by Roger O. Hirson.

New Orleans Bike Week, September 23 – 25, returns for the first time since Hurricane Katrina, 2005. The Mahalia Jackson Theatre grounds in Armstrong Park serve as the backdrop for a gathering of some of the most impressive “hogs” from all over America. This rally will feature Louisiana music from Jazz to Zydeco, local crafts, and artists on a wide-open expanse easy to access from every direction.

The Saenger then does what it does best, and that is bring Broadway to New Orleans, with an exciting full-on interpretation of the classic, The Sound of Music. This beloved and grandly rewarded show was created from the minds of Richard Rodgers and Oscar Hammerstein II. Over 44 million viewers saw the spirited musical when it was the first Broadway musical televised in over 45 years. It will take up residence at the Saenger for 8 performances, September 20 - September 25.

There will be some mighty sounds arising from the Canal Street venue, the Joy Theatre, September 29, when SouLive and Friends, OG Gat, along with Naughty Professor all come together for the Bear Creek Bayou Pre-Party.

Appropriately, Texas-based Blue October starts off that very month on the 1st at the Joy Theatre. Having just released their eighth studio album, Home, the band is in a celebratory mood and is sure to get the joint rockin’.

The Mahalia Jackson Theatre hosts the opening of the New Orleans Opera Association Season on October 7th and 9th with a staging of Don Giovanni, Mozart’s classic opera centered on a character that may be merely a rogue or a sociopath. But there is no doubt Don Giovanni was indeed a ladies’ man. The opera is presented in traditional Italian with English subtitles highlighted above the stage.

A first-time, live action tour of The Octonauts will be welcomed to the Mahalia Jackson Theatre stage October 10. The characters from the popular Disney Jr. television series will all be here in a bouncy, peppy, interactive presentation sure to have the kids howling with joy.

Stand-up comic Cameron Esposito takes the stage October 11 at the Joy Theatre to retell the stories and present new tales that have made her such a favorite at Comedy Central, HBO, etc.

Comedy continues to be queen at the Joy Theatre on October 13 with The Girl Code Showcase, featuring Carly Aquilino, Jamie Lee, and Annie Lederman.

Nick Swardson, comic, actor and writer/producer, headlines two shows, both on October 14, at the Joy Theatre. Swardson continues to be a major presence on television with “Reno 911” and “I Now Pronounce You Chuck and Larry,” both of which he participated in writing, producing and acting.

A dear friend to New Orleans, Elvis Costello, has his grand turn at the Saenger on October 15. Elvis loves this town and misses no opportunity to take part in the city’s rhythms, and a special concert in this major auditorium promises to be a treat not to be missed.

The next night, October 16, the delightful, irreverent and unpredictable, Sarah Silverman, will move into the Saenger for a one-night-only performance that promises to provide a lot of laughs along with a fist-full of insights into life as we know it.

A South Carolina Christian rock’n’roll band comes further south for one night at the Saenger, October 17. The group, NeedToBreathe, has just released Hard Love, and the musical world has taken big notice. These talented musicians are all friends and the evening promises to be a celebration of genre-breaking music along with tales from their collected lives in the Deep South.

Comedian Brian Clay will have the Saenger in stitches with laughter October 21 for one night only. Clay is well-known for his jokes and stories about growing up in the South. Over the following two evenings, Jason Isbell will be joined by Josh Ritter for performances of song and story at the Joy Theatre, October 22-23. Ritter recorded his last album, “Sermon on the Rocks,” at The Parlor Recording Studio in New Orleans. Isbell’s deeply personal musical statements make for a compelling dual-artist evening.

The Illusionists - Live from Broadway, at the Saenger for 8 performances, October 25-30, will never answer the proverbial question, “How did they do that?” but the spectacular show will have viewers wondering just the same. Seven multi-talented magicians will stage a jam-packed series of astonishing illusions. Fun for everyone!