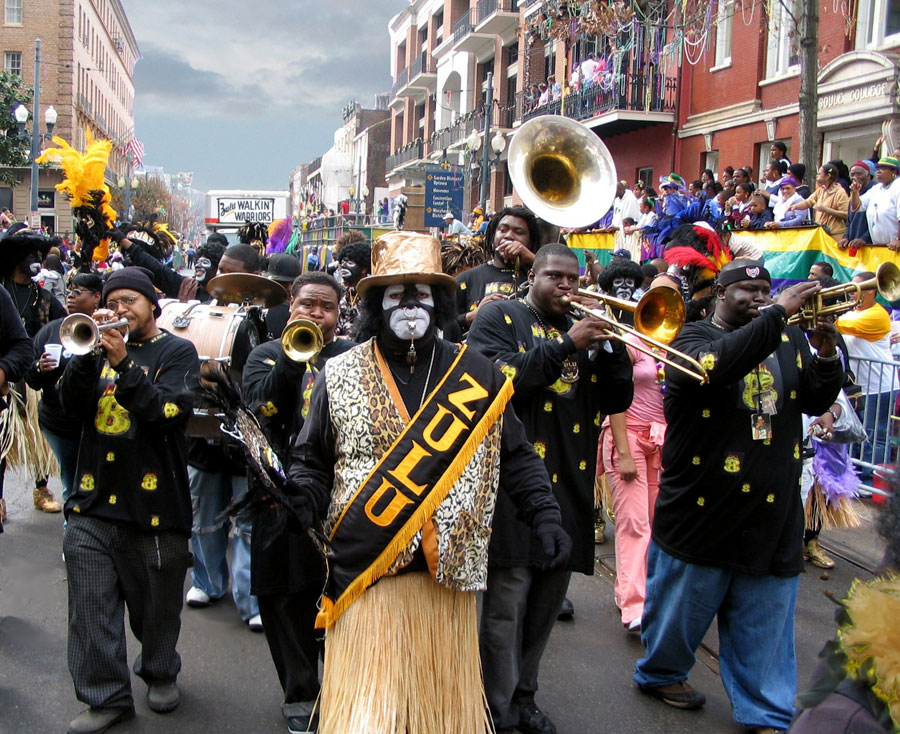 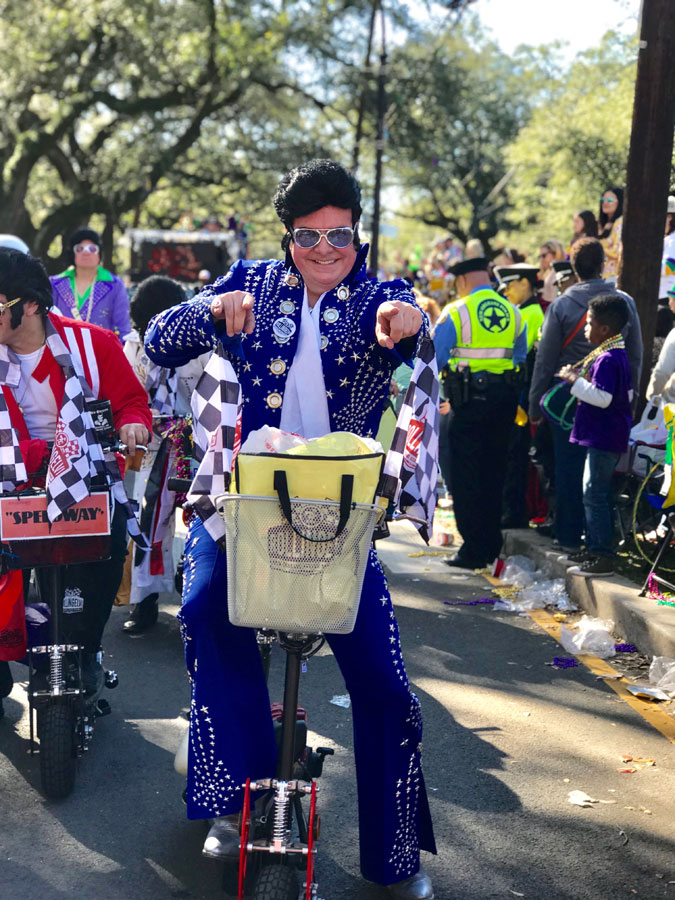 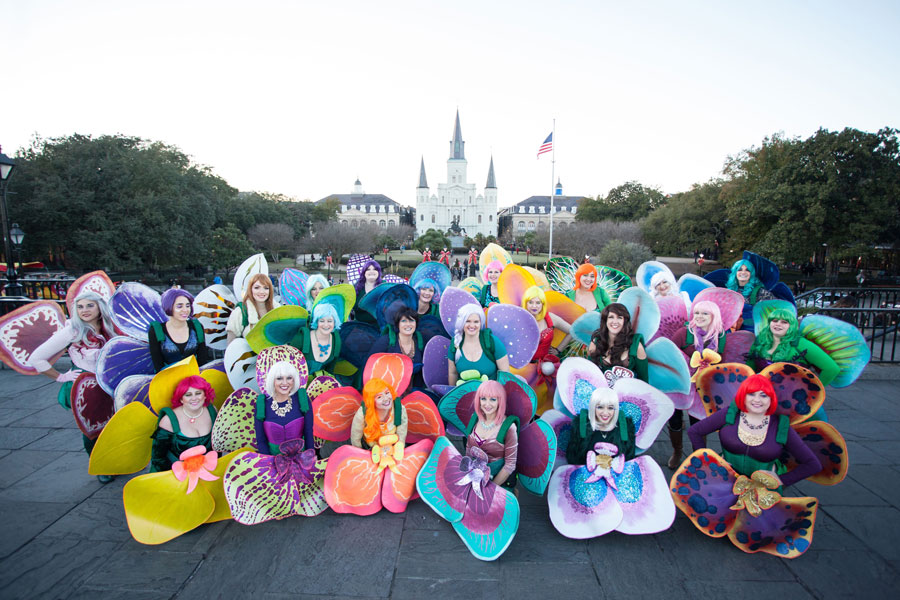 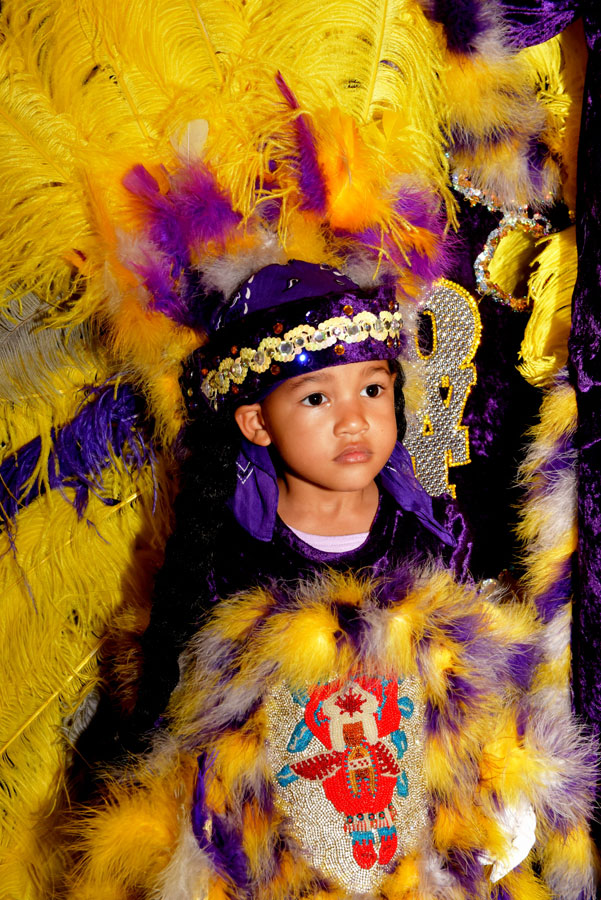 Once upon time in a land known as Southeast Louisiana, there lived a little prince who had an unusual relationship with a pair of Winnie the Pooh shorts. The prince’s most-favored shorts had a waistband adorned with a fabric inner lining depicting Winnie the Pooh tumbling along with a bowl of honey spilling over. The little prince wore the shorts to church; he wore them to birthday parties and to crawfish boils. He wore them to vacation in Grand Isle and even wore them to sleep, when he could get away with it. As time passed and the little prince became a medium-sized prince, the most-favored shorts became tighter and tighter. Something would have to be done. To his chagrin, a new pair of shorts was introduced, and from that moment on, the kingdom became very unsettled.

Much like the decision to save the medium sized prince’s fashion reputation, New Orleans is a mecca of mixing the old and the new, yet somehow making it seem like nothing has changed. There is no better example of this than in the city’s Mardi Gras walking krewes. While krewes like the Mardi Gras Indians date back to the beginning days of contemporary Mardi Gras, the very recent past has seen the insurgence of a new kind of walking group. Funny, suggestive, tongue-in-cheek themes and names have become not only a fun part of, but also a focal point, of Mardi Gras. These walking krewes’ presence is anticipated at many parades and puts a modern-day stamp on a party that’s almost as old as the city itself.

The Mardi Gras Indians are perhaps the best and most obvious example of our walking krewes, bringing art and culture to life on the backs of their participants. Born from the racial divide emphasized by the traditionally white Mardi Gras krewes of the time, these walking groups were all African American and heavily influenced by the regional Native American tribes that embraced escaped, and later, freed slaves. Their names were derived from the streets surrounding their neighborhoods, their “tribes,” and to separate themselves and gain their own identities, they abandoned the usual royal titles of “King” and “Duke” replacing them with “Big Chief” and “Flag Boy.” While those customs separated them from the white krewes, their common desire to remain secret gave birth to the tribes’ use of decadently feathered masks, or head-dresses. By tradition, color dominates their heavily jeweled attire, as well as denotes krewe membership. Constructing their costumes requires special skills and tools and secrets that are passed down from one generation to the next.

Another krewe that prides itself on its costume traditions, including the blackface and grass skirts that have become its iconic look is the Krewe of Zulu, whose predominantly African American member’s aesthetic came under attack in recent years for not representing the best of African American culture. While some critics focus on the krewes’ appearance, it is their coveted coconut throw that steals the spotlight during Mardi Gras. Hailed as the throw to catch, the coconuts are designed and decorated by krewe members, some of whom are local artists, illustrating the krewe’s theme, current events and social issues, and simple beauty of New Orleans.

Thanks to a group of guys baring the name of the 610 Stompers, the modern-day walking krewe has had a renaissance in recent years. This iteration of often humorous and irreverent and sometimes risqué, walking groups has caused a slight rumble amongst the kingdom. While the majority of the kingdom’s subjects love them, there is a faction expressing the sentiment that these walking krewes should be nowhere near as important as the older, more ingrained, historic krewes.

The mother of this new generation of walking groups is The Pussyfooters. This dynamic, all female walking group gives homage to the female members of early New Orleans second lines for their inspiration and has made the color pink almost as important as the colors purple, green, and gold at this time of year. The members, comprised of moms, grand maws, teachers, doctors, and a range of other professions, are uniformed in white Doc Martens boots and decorated pink corsets laced up to accent the varying body types of the group. Personal flare emerges with accessories including wigs that often have a Victorian, Marie Antoinette feel, and corsets adorned with feathers. The group takes on the feel of a walking glitter bomb. First appearing in the Muse’s parade, their old-meets-new style and look can be seen all over the city supporting various causes. They focus as much on community as they do on their layered, velvet, and taffeta costumes that rival the sequined body suits of local high school dance teams during parade season.

Krewe des Fleurs is another female walking group, tagging itself as a “NOLA-based costume and performance collective.” Each member’s own creative ideas and talents comes together to create the flowers that they wear during their march. Each year, the krewe chooses a specific flower theme. Having previously depicted gilded lilies, radical roses, and even the beloved Louisiana iris, the group announced their 2020 theme of “Bleeding Heart” on January 6, Epiphany – the traditional start of the Mardi Gras season. Working with legit artists in the city to realize its vision, creating costumes as true works of art, this krewe is active in its commitment to local artists and to the art community in New Orleans.

Don’t worry that the guys have been left in the dust. The Krewe of the Rolling Elvi is made up of men who are rolling into Mardi Gras celebrating the real King of Rock and Roll. Rolling is the key; they use scooters and have been known to have rolling recliners. Clad in the usual red and white pants suit iconic to the King, these guys bedazzle and jewel their way right up to their coiffed wigs. Whether considered artistic impersonation or borderline roasting, they look good and represent the easy, fun, and artistic style of modern-day walking krewes, mixing the old with new and turning out a party like no other.

The old and the new joining forces can sometimes send a rattle through the kingdom of tradition. But really, it’s the kingdom of comfort that takes the biggest hit when the two collide. Initially, the chagrinned prince didn’t like his new pair of shorts as they were dark and heavy. But, eventually, he accepted them because they were more comfortable, had deeper pockets, and one very impressive feature: an inner waistband of a narrow strip of fabric bearing a beloved Disney character. You see, the prince’s fairy godmother (actually, the best grandmother anyone could have) had taken that strip from the old, most-favored shorts and sewn it into the new shorts. Suddenly, the new shorts became crisp instead of heavy, rich instead of dark. Now, the kingdom was at peace, and all was right in the world.