It’s Not the Journey, It’s the Launch 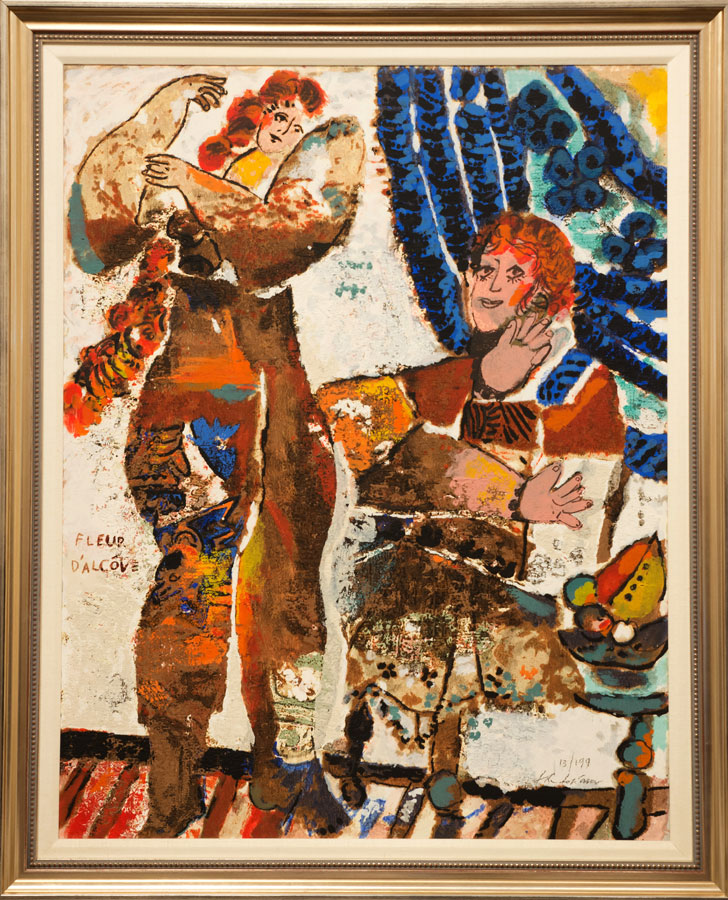 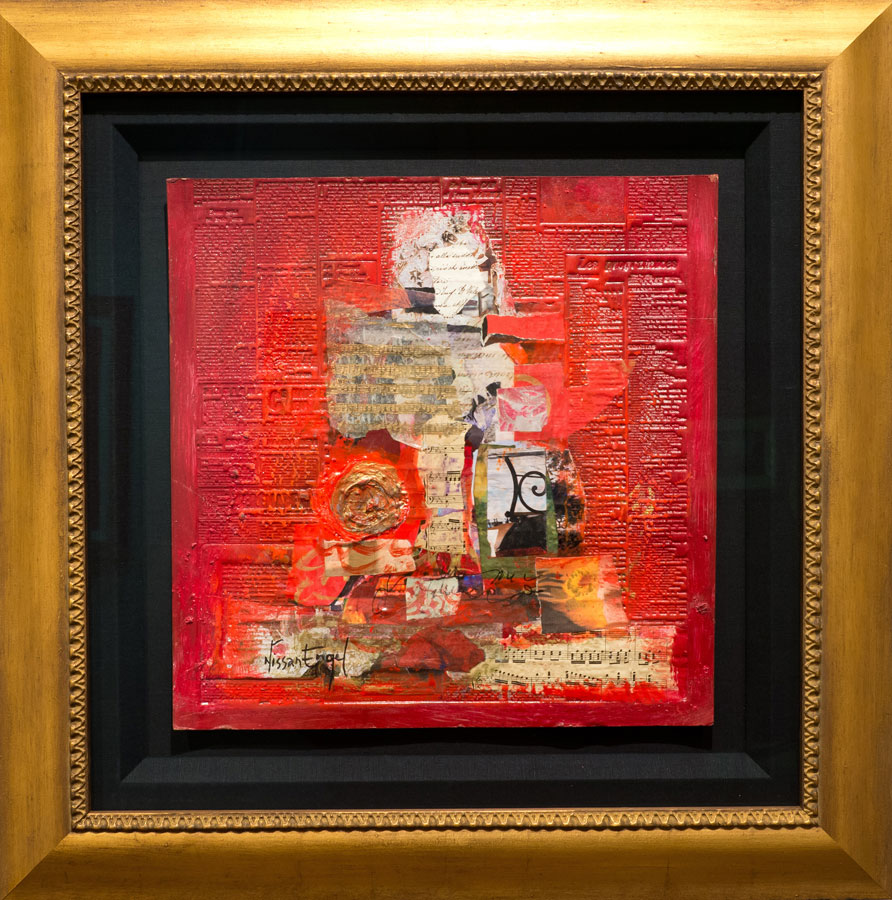 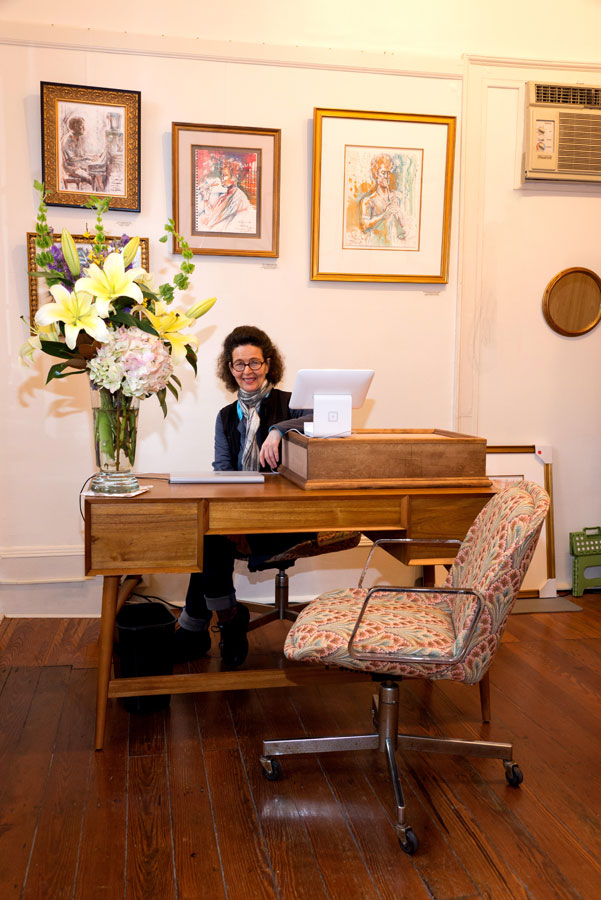 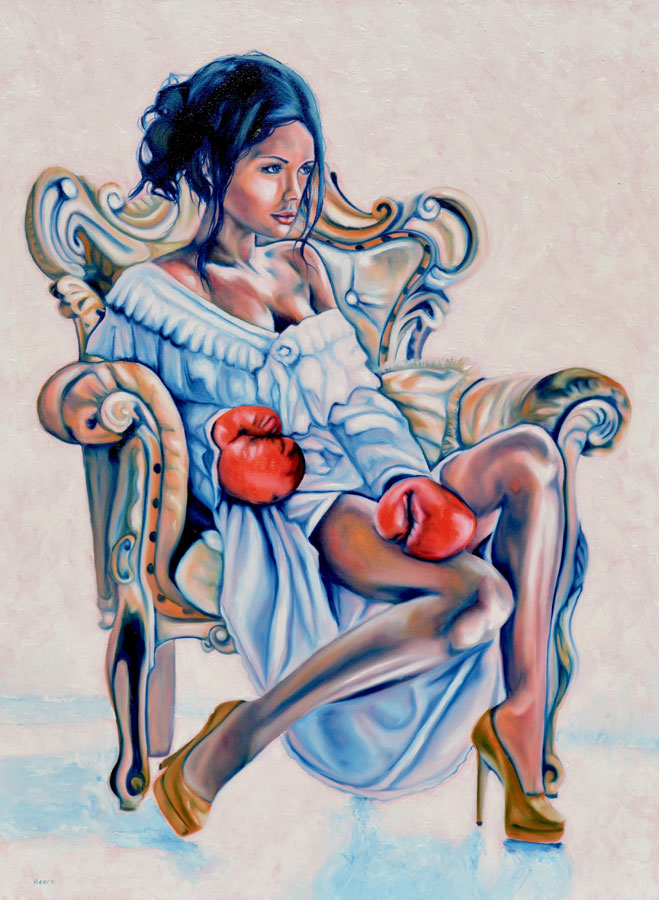 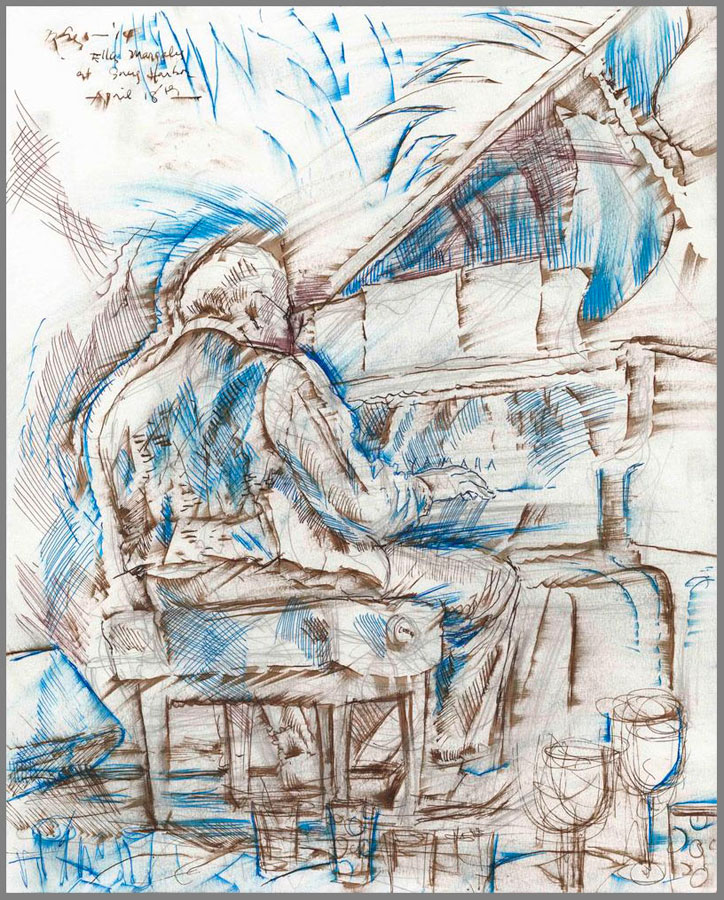 The best part about growing up in small town rural Louisiana was plotting to leave as soon as I could. Don’t get me wrong, I had a great childhood. I had my cousins as my best friends, my Maw Maw Toni’s home cooking, I went to private school, took art lessons, slept late, and didn’t have a care in the world. Life was perfect, except that it was there in that small town. I would sit in my bedroom and wonder what the rest of the world was like. I would imagine joining African safaris in the summer. In the winter, I envisioned myself surrounded by snow—anywhere. I had big plans, and they would all launch from the four walls of that bedroom.

For an artist, identifying your launching pad, if you will, is crucial for the development and growth of your style and technique. Having a firm ground to stand on not only allows for strong development but also gives you the safety to launch into a world of new and exciting transformations.

Launching on to the gallery scene at 708 Toulouse Street, artist Emilie Ryhs has brought a celebration to the French Quarter gallery business with her courtyard storefront, Scene By Rhys. With roots traveling deep into the French Quarter art arena, Emilie Rhys is a third-generation artist who captures not only the musicians of New Orleans but also moments in time as they perform in venues across the city. Working “live” during a musicians’ performance, Rhys creates a snapshot of the moment, going beyond simply the musicians’ portrait. The audience becomes part of the process as does the energy and the ambiance of the venue. Emilie is not an accidental artist. The daughter of Preservation Hall painter Noel Rockmore, she takes a far brighter approach to art than her father. Using fountain pens (teal and walnut are her preferred colors), she creates images that offer us a different view of the musician and the event. Light, textural strokes, from crosshatching to smudging, create layers of perspective that change with each viewing. Unlike some other “live” art productions, the beauty of Rhys’ work is that the musicians in her work are recognizable in a style that is clean and fresh and a celebration of its subject matter rather than the artist creating it. Other techniques include adding water to the ink to create a wash and, most recently, the incorporation of colorful gouache paint to her work.

“I like the teal ink because the color is uplifting, and the walnut color is earthy and strong; together they make an interesting black,” Rhys said as we sat in her gallery filled with fresh flowers and natural wood surfaces. To hear her discuss what she does is as beautiful and uplifting as taking a walk through the gallery. The passion in her voice, the inflection, the way her face lights up when she says a musician’s name, along with the fresh smell of flowers, sets a sensory stage very similar to that which she’s depicting in her work. This environment she creates influences her artistic performance and is reflected in her resulting work. Like an orchestral conductor with her descriptions drifting all around me, the gallery dances to her beat.

Rhys plans to use the courtyard for more live performances in the near future, along with adding painted canvas to the gallery walls. You can join her mailing list by visiting http://www.scenebyrhys.com/ or stop by the gallery for the full experience. You can also connect with them on Facebook. https://www.youtube.com/watch?v=t3IW6Vr8nCs&feature=youtu.be

Just around the corner, at 509 Royal Street, is Galerie Rue Toulouse, where an artist has launched off the fences of Jackson Square into one of the most prestigious galleries in the French Quarter. Texas-born Nicole Heere graced Jackson Square for many years with her collection of ballerinas and other women hiding a feminist message that soon came to be too deep for viewers with only a leisurely glance. Heere decide to flip the script and add bright, vibrant, sometimes neon colors to typical 1950’s housewives doing naughty things, like setting fire to the laundry rather than folding it. She then took a huge leap of faith and began depicting hyper-masculine superheroes doing what would otherwise be considered “a woman’s job” (think Batman vacuuming). She began trending on Instagram after posting a painting of a housewife watering her marijuana plant. Throw in the Stormtrooper series doing yoga and ballet, and her shock value and audience appreciation went through the roof.

Further, Heere crosses political and social lines by depicting male superheroes in a romantic embrace, kissing, making sure the piece was shockingly intense. Her stick-it-to-the-man attitude has served her well: locals flock to her studio at Columbia, SC’s Tapp's Arts Center to see the latest shockwave to hit her canvas, and lately, have been getting a much calmer, more sedate, and seductive dose of Nicole Heere.

On the walls of Galerie Rue Royale, Nicole has merged a softer, more gentle style with her strong #girlpower message. In her piece “Underestimated,” we see a beauty sitting in a chair; she and the chair are created with rich and luscious brush strokes so real that they can almost be touched. This, set against the vibrant, deep red boxing gloves she wears on her hands as they fall to her side, brings a bit of a curled lip smile to most viewers. “Let Your Hair Down” literally allows us to get caught up in the locks and lips of a mostly unseen female, while “Running From Prince Charming” sends us in the opposite direction of where traditional society wants women to go: be strong, be independent, and keep your glass slippers on your feet.

But no other piece describes Heere better than the piece “Contemplating Motherhood” with its exquisitely painted female staring into her hands while she holds the coveted Venus of Willendorf fertility statue. The brushstrokes deliver a sense of calmness while our heroine’s stare is so strong and intense we can almost feel it. See Nicole’s entire collection at www.frenchart.net.

At 540 Royal Street, gallery owner Catherine Martens Betz launched from collector to gallery owner when she took the helm of Elliott Gallery two years ago. An enduring staple of the gallery business on Royal for over 40 years, Elliott Gallery (http://elliottgallery.com) provides a high caliber, comprehensive collection of modern and contemporary art: mixed-media trailblazer Nissan Engel, James Coignard, Tobiasse, and the whimsical celebrations of color by Garrick Yrondi, just to name a few. Hosting its first major show in 18 years, Elliott Gallery welcomed famed artist Nissan Engel to New Orleans and introduced him to the New Orleans Jazz that he would come to love so much before passing away just a few months later.

As a daughter of longtime Elliott Gallery art collectors,Betz fulfilled her life’s dream of owning the space: “I spent my childhood in this gallery and loved it” Elliott Gallery has undergone a few minor changes but maintains the same calm design and look that its predecessors became known for. This 40-year-old icon has launched down a vibrant new path lead by a young newcomer who says that every job she has had since her engineering training at Tulane University has led her to owning this gallery. It took returning to a happy place from her childhood to enable Betz to her launch her dreams and make a new mark on Royal Street.

Eventually, I, myself, would launch into a world that was everything I had imagined. Wherever I was in the world, no matter how far from my little hometown in rural Louisiana, I would think of home as that bedroom. And on the rare occurrences that the world didn’t go my way, or something, or someone, made my world not so happy, I would mentally return to my bedroom in small town Louisiana, to set forth with a new plan to conquer the world.