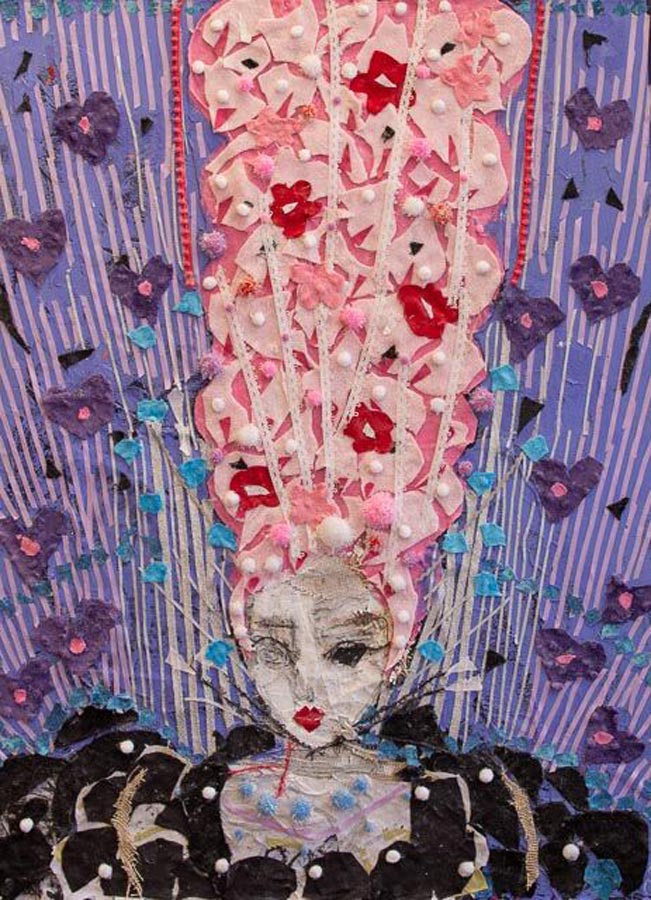 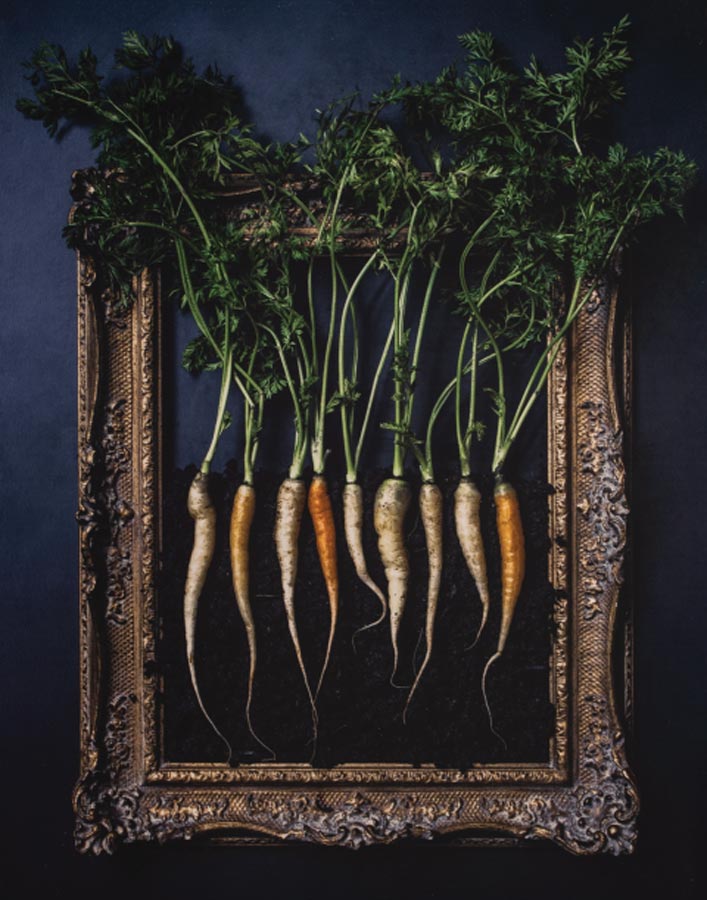 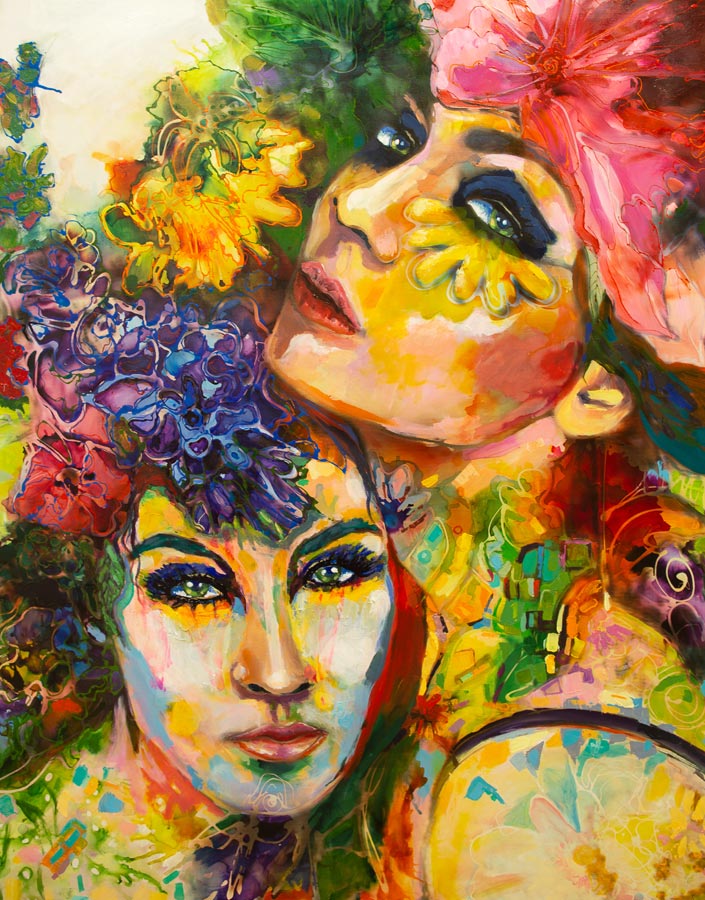 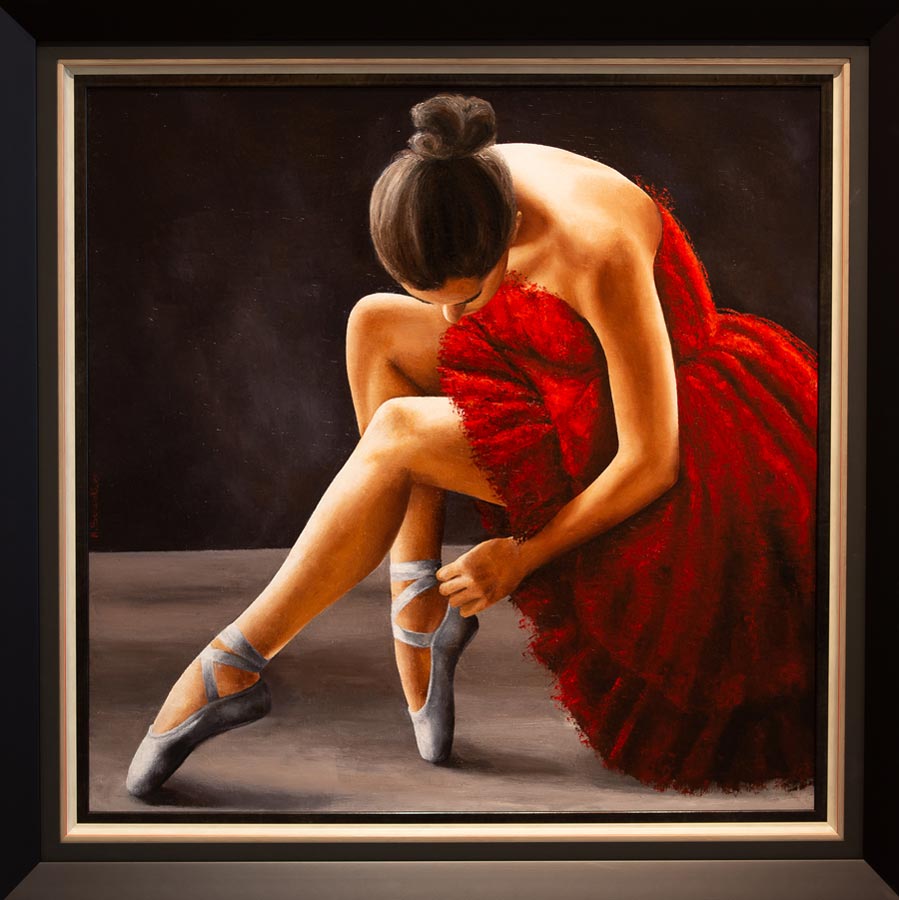 The life of an art writer is not always easy. Gallerists waiting until the last minute to send me high resolution images, saucy assistants pretending they can’t attach a PDF, and let’s not forget the artists. We love you; you’re great. Who are YOU again?

Sometimes I just have to sit back and remind myself that it isn’t the end of the world, and that, inevitably, IT’S JUST ART.

So why do I keep throwing myself onto this sword for the sake of art, you ask? Good question.

I wish I had an answer for you that did not involve my low self-esteem and Catholic guilt!

Well, I can tell you that one reason is I get to see transformations and rebirths on the daily. Take Galerie Rue Toulouse at 509 Royal Street, for example. The gallery’s dark and mysterious image has done a 180 and become a beacon of light. White walls and a floor that is a cross between hounds’ tooth and checker boarded black and white floor anchor a collection that was already impressive and strong. The center archways sing with delight as they no longer take a backseat to the deep colors that once surrounded them. They are now a joyous focal point of the gallery’s new facelift. Aviator themed furniture (see the gallery desk and coffee table) and leather and glass make a beautiful home for artists including Eric LePape and Georges Cabot. While the gallery has been on Royal Street for nine years and housed local as well as international artists, this new look has grabbed the attention of designers from near and far, calling it the most modern and well-thought out gallery space in a long, long time.

A rebirth it really is, with the addition of artist Nicole Sebille. Sebille helped launch the company’s first gallery on Royal Street with her iconic red poppies that would sweep the street. Her deep red became common place in the windows along Royal Street as artists paid homage to her signature landscapes. Sebille left the company several years ago for a brief retirement and returned just in time to launch the new face of Galerie Rue Toulouse. Also adding to the new look of the gallery is French artist Annick Bouvattier. While Bouvattier has shown stateside before, Galerie Rue Toulouse will now be her exclusive location in the United States. Her work is sheer magic, and her story reads something like a love affair with art: after turning her back on the family tradition of medicine, Annick entered the Bercot-Marie Rucki School for fashion where she trained as a stylist and excelled as a creative force in the industry. In the early nineties, she turned exclusively to painting, teaching herself the style she has today and learning the smooth strokes of palette knife under the tutelage of Pierre Ramel. While many American painters associate the palette knife with thick chunky texture, Bouvattier creates a thin translucent layer of paint that connects to the layer below it, creating depth and color. Jewel tones reign supreme, and her flare for fashion and design is evident in every painting.

So, you see it isn’t all bad. But don’t be fooled, this writing thing is a nightmare. Did I mention how many times I never get called back after being promised, “I’ll call you right back”? Well, it’s a lot.

However, when they do call back, I get to meet some of the most amazing human beings, like Mary Bonney, owner of Gallery Arlo. Mary moved her beloved Gallery Arlo (named after one of her dogs) back to Royal Street, a mere jump from her previous Chartres Street location, but the story, well, that’s a real traveler’s delight. Bonney moved to New Orleans in 2001 from her SoHo neighborhood in New York. She opened her first gallery, The William and Joseph Gallery (named after her brothers; are you loving her yet?), on Royal Street and celebrated great success until the effects of Hurricane Katerina sent her packing to Santa Fe for ten years. It was while leading the funeral second line for her dear friend, voodoo priest John T. Martin, that Mary came to the revelation that there really is no place like home, so she started making plans to move back to New Orleans for good. She landed on Chartres Street with Gallery Arlo and took an oath to show the best art she could and to represent artists with the same passion that she has for rescuing dogs (I told you she was amazing). Mary Bonney is The Real New Orleanian. Her love for our city is evident when you talk to her. Don’t believe me? Go visit her. When you arrive, you will undoubtedly be greeted by her adorable pooch, and Instagram star, Georgie.

Also front and center when you walk in the door, you’ll see Stephanie Akers’ dynamic, and appropriately titled piece, “Bulls Eye.” Ask to see Aker’s “Wrestler”–it’s a perfect example of balance and casual strokes coming together to make whimsical eye candy. DeBusk’s “Fat and Happy” sculpture will also greet you as you enter, exuding happiness and energy. That’s what Gallery Arlo is, exciting and happy. Bonney will more than likely be painting when you arrive, so make your presence known, and the former tractor driver (she worked on a farm during her twenties) will wrap you up in her good vibes and show you around the place. Nicknamed the “Arlo Show,” it is not uncommon for Mary and Georgie to be entertaining at the gallery well into the evening. The energy is contagious, and people stop in all the time to just say hello. You should make yourself one of them, bring a bottle of wine, and tell her RyRy sent you!

Joining Mary on her return to Royal is DeeDee Martin. Formerly of DeeDee Martin Gallery on Magazine Street, DeeDee has taken the reigns at Kurt Schon Gallery as its first Executive Director. The gallery’s roots draw back to 1972 when Kurt and Anita Schon opened the doors of the contemporary paradise on St. Louis Street. Their goal was to bring 18th and 19th century artists from all over the world to New Orleans. For years, the pair celebrated the title of “New Orleans’ art darlings” and ran not only a successful gallery, but a gallery that was known globally for its efforts in bringing art to the masses. DeeDee was offered the Executive Director’s position by Stacey Ferro, who was left in charge of the gallery and its affairs after the passing of Anita and Kurt. Ferro pursued Dee Dee for two years, urging her to take the position at the gallery. Martin finally accepted the offer and is now home again on Royal Street. Ferro’s efforts and savvy negotiation skills paid off, and Schon Gallery is once again the most impressive contemporary artist collective in New Orleans. Martin commits to continuing the mission of the gallery’s founders. She will be in charge of purchasing, promotion, acquiring the artists that will be represented, and curating the space, a particular specialty of hers. She dubs this her calling--to revitalize and breathe new life into a New Orleans legacy that was nearly lost. Most importantly, she is glad to be home in the French Quarter where her gallery career started many years ago. There’s no doubt that the French Quarter is excited to see its Darling DeeDee come home. Ever get told you have to say everything you need to say in just one sentence? Well, that’s my life as an art writer. Make it good, make it great, make it funny, but do it all in ten words or less. Insert eye roll here.

Sometimes it is easy to hit the word mark, especially when you are dealing with a gallery like the Martine Chaisson Gallery in the Warehouse District. Combining pop-up shows and featured artists in a contemporary atmosphere is what this gallery is all about. The gallery represents the timeless revelry of Robbie McClaran’s photography: a transitioning planet of people in situations that not only entice but create a deliberate visual puzzle that never stops giving. Donald Martine reveals the process of painting and forces us to look deeply into the product that so many others use to create art. The Martine Chaisson Gallery has a name in our city for having something for everyone. Having placed art commercially as well as privately, this gallery is a powerhouse of emerging artists as well as established players and makes positive changes to our ever-evolving art scene. While pop-up shows keep the gallery’s name current in art circles outside of The Big Easy, the gallery’s rentable event space is remarkable and will bring well-respected brand recognition to any party in the city.

I guess if I really think about it, this art writing thing is not such a bad gig after all. I mean I am closing out this column sitting on beach in Cabo San Lucas sipping what my private butler called a Skinny Margarita – extra salt. Later tonight I will hit send and away this column will go to my editor. As I doze off to the sound of the ocean waves crashing on the beach, I will anticipate word count changes and misspelled names, and as I do this I will remind myself...RyRy…“It’s just art; IT’S JUST ART.”