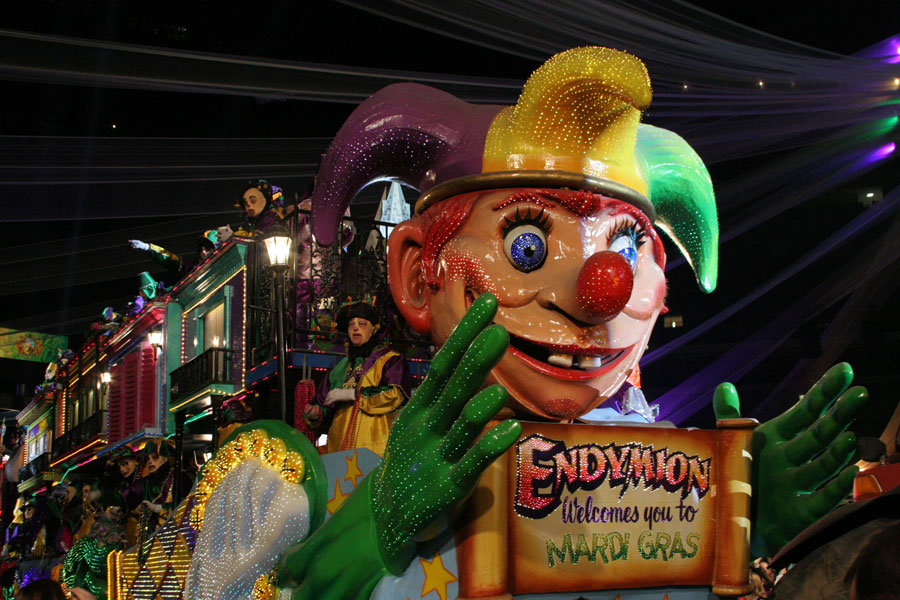 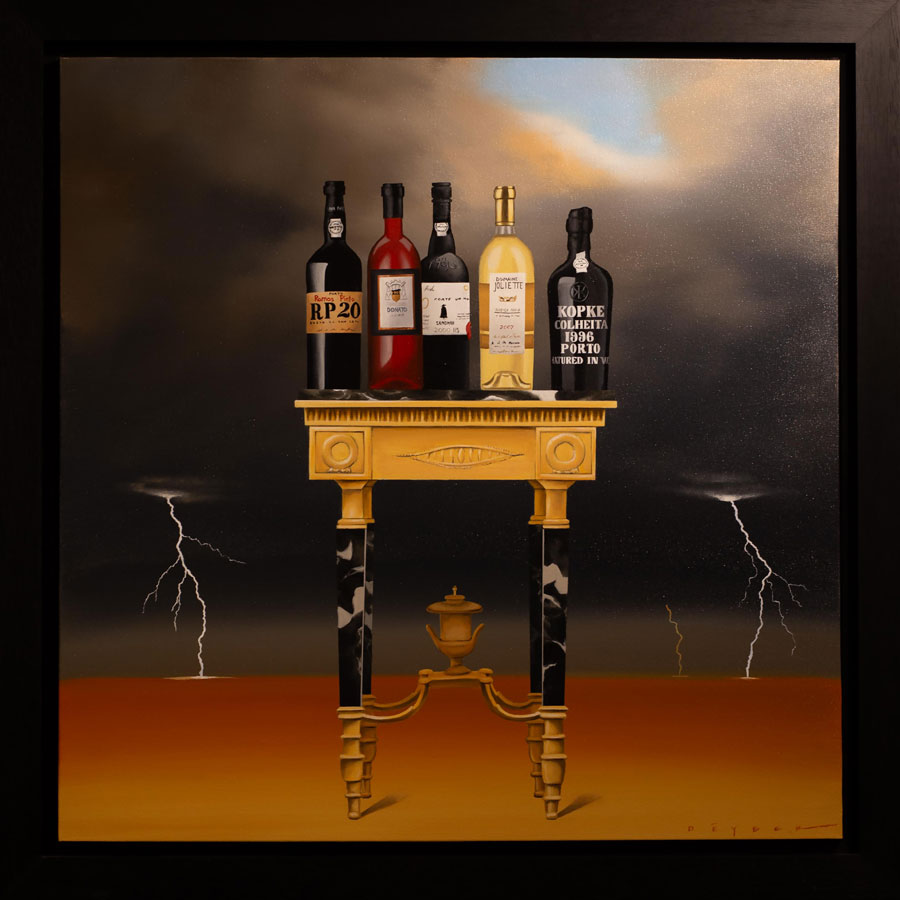 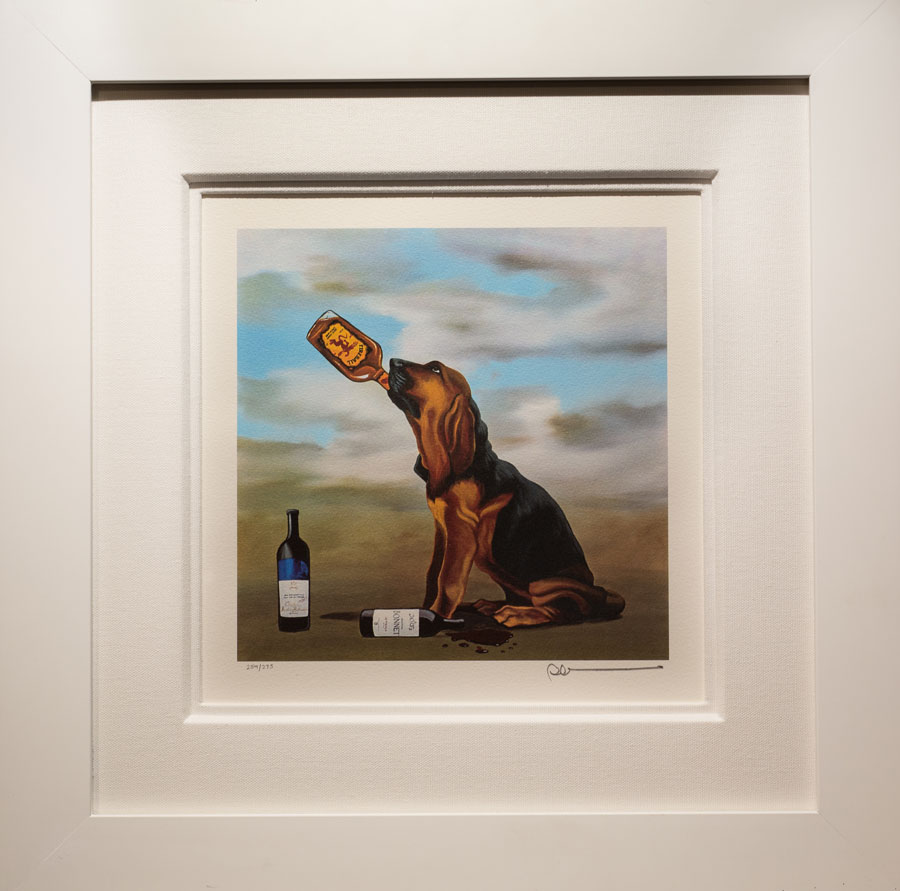 When I finally realized that “satire” wasn’t a backup dancer for MC Hammer I was thrilled!

Anything to do with poking a little fun at things in this life is fine by me. I love to throw the proverbial “shade” if you know what I mean. Discreetly of course. You will never even know that I said anything about you. That’s just how I like people to talk about me too, securely across the room behind my back for their own safety.

What you think of me is none of my business and what I think of you is … well … LET’S JUST SAY “YOU CAN’T TOUCH THIS.” After all, what good is the world that we live in, if we can’t engage in a little safe, across the lawn, shade throwing? No good at all--that’s what it is.

Satire allows us to bring a lighthearted, fun approach to getting our points and opinions across when we really want to talk some trash about your mamma.

Our city thrives on making light of unfortunate situations. New Orleanians can take an unfortunate situation and turn it into a song, painting, or a t-shirt, in the blink of an eye. “Chocolate City,” anyone? You will know what I am talking about when you stand street side at any Mardi Gras parade from Metairie to the Bywater. Our city’s dirty laundry is aired out in beautifully colored papier-mache floats pulled by tractors and leading everything from marching bands to the locally-famed dancing troops that literally define satire with every step and hip pop. During Mardi Gras, our floats are works of art, and they command your attention not only with their beauty, but with their sometimes controversial and often hysterical messages.

Parade Super Krewe Endymion has become known for the its larger than life lighted masterpieces that take the tight turns of New Orleans’ streets with precision and grace. Its floats have become the poster children for the largest party in the city and set the stage for the estimated fifteen million throws released during its ride from mid-city to downtown. While the Krewe of Orpheus brings to life the color and glamour of Hollywood and everyday New Orleans themes polished off like a shiny new diamond, the world is a joke amidst the paper and glue of these monuments to Louisiana and its way of life, and they cast their own version of shade on anyone who comes near to them. The parade Krewe du Vieux presents its satirical floats and costumes that mock everything from our politics to our underwear. With a motto of “we believe in exposing the world to the true nature of Mardi Gras and exposing ourselves to the world,” this parade credits itself with being the only parade in the city to keep the historical accuracy of Mardi Gras intact. Mule-drawn, hand-decorated floats reflect the most current of events peppered with a sexual overtone that has caught the attention of more than just the eyes that fall upon it as it passes through the French Quarter Streets’ route. KduV has gotten international recognition for its brazen portrayals of local and not-so-local politicians. Hollywood has not been spared from its satirical whimsy either, with a few floats hitting a nerve with its portrayal of last year’s sexual shakedown of Hollywood. The messages are clear and vibrant and make you laugh before anything else. They mean to evoke emotion, they mean to make you think, and they mean to be “TOO LEGIT TO QUIT.”

So, you see, loving satire is as New Orleanian as loving red beans and rice on Mondays. A city that can laugh at itself would, of course, be the home for an artist like Robert Deyber. His satirical and whimsical approach to his art and its content is as tongue and cheek as you can get. Martin Lawrence Gallery, at 433 Royal Street, has celebrated his endless and boundless intrigue with the visual imagery that resides somewhere between reality and fantasy. He uses color and light to make clear imagery with a sometimes not so clearly stated message. Think about idioms like “raining cats and dogs” and then make a great piece of art literally depicting the words in the phrase. Deyber takes these kinds of everyday sayings and throws a little flare all over them and what we get is impressive and artistic, and best of all, fun. He has been celebrated as a storyteller, but I fancy him more of a re-story teller. He takes the sayings we use and know and love and makes them visual interpolations of their meanings.

Deyber created the piece “Party Animal, Black and White” after creating a previous piece called “Party Animals”. This piece depicts a series of spotted black and white animals, a horse, a cow, a skunk and few other freckled animals, around a table littered with very familiar alcohol bottles and a perfectly pink cake. Animals leap from the smoothly painted background. Texture reads through variations of light and dark. And while the message is clear when you hear the title of the painting, the image is so graphically interesting that you don’t seem to even notice that a hidden meaning is present.

Jumping on the current Pop Art-phenome train with his “Dress Code” series, Deyber uses the bodies of both Audrey Hepburn and Judy Garland in their famed roles in “Breakfast at Tiffany’s” and “The Wizard of Oz”. Both paintings carefully leave out the subject’s head, thereby adding to his tongue-in-cheek push against the copyright gods. Each piece, especially Audrey, has the characteristically clean and fluid lines found in Pop Art, but really speak “POP” with the digital numbers painted in a literal fashion in the background. That’s the code part, the series of numbers behind the image of the Hollywood starlet. Other pop-related pieces include “Love V” and “Key Lime III”. Color reigning supreme and imagery beyond the message make these pieces the highlights of Martin Lawrence Gallery’s collection. Originals on canvas are available along with a huge assortment of his lithographs at the gallery’s Royal Street location.

Take what’s good and make it better, take what’s better and make it funny, take what’s funny and turn it on its ear, and then flip it. That’s what we do in New Orleans, we make life livable not by just loving life, but loving it even harder when it’s less than perfect. You see, it’s like Satire once said, “Hammer don’t Hurt ’em, it’s just not that big a deal” … well, okay, maybe I made part of that up!