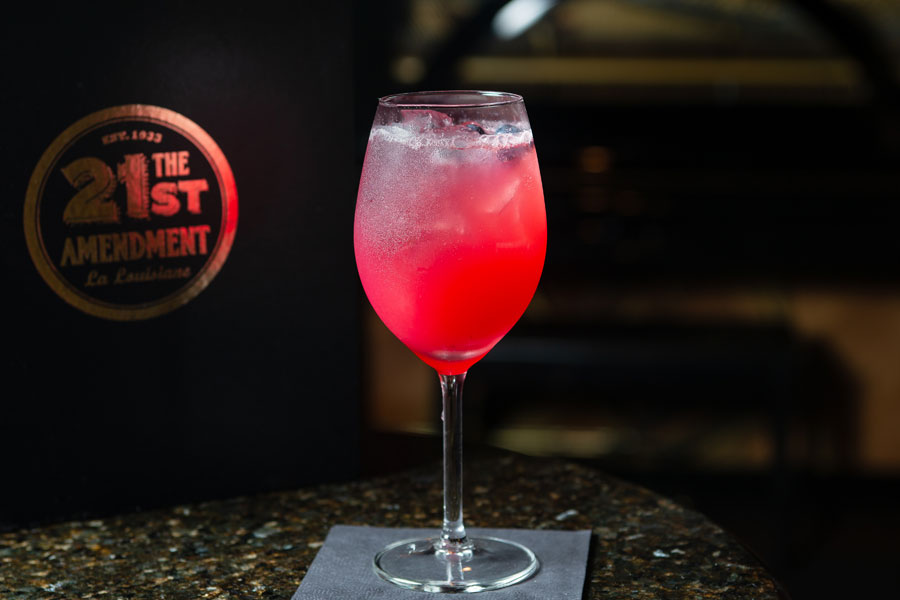 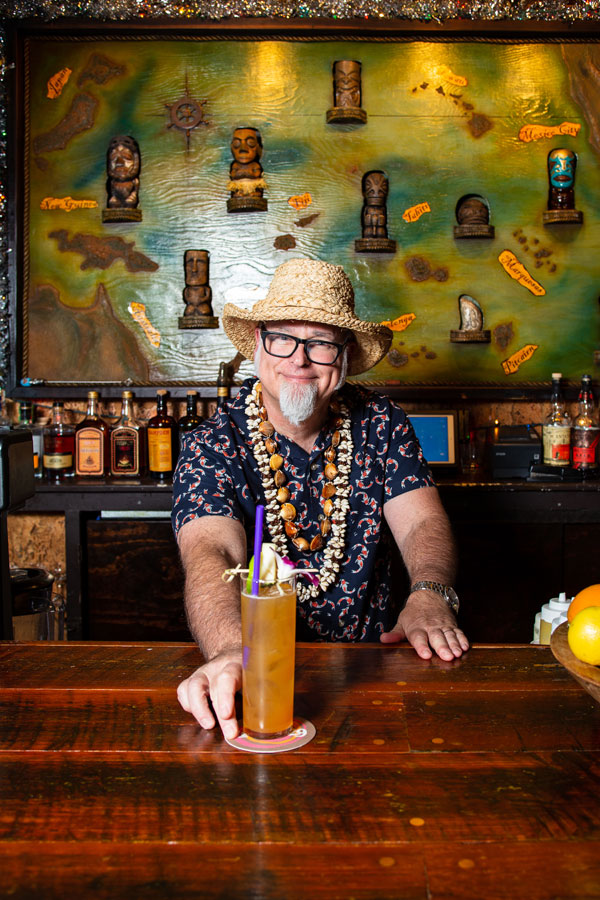 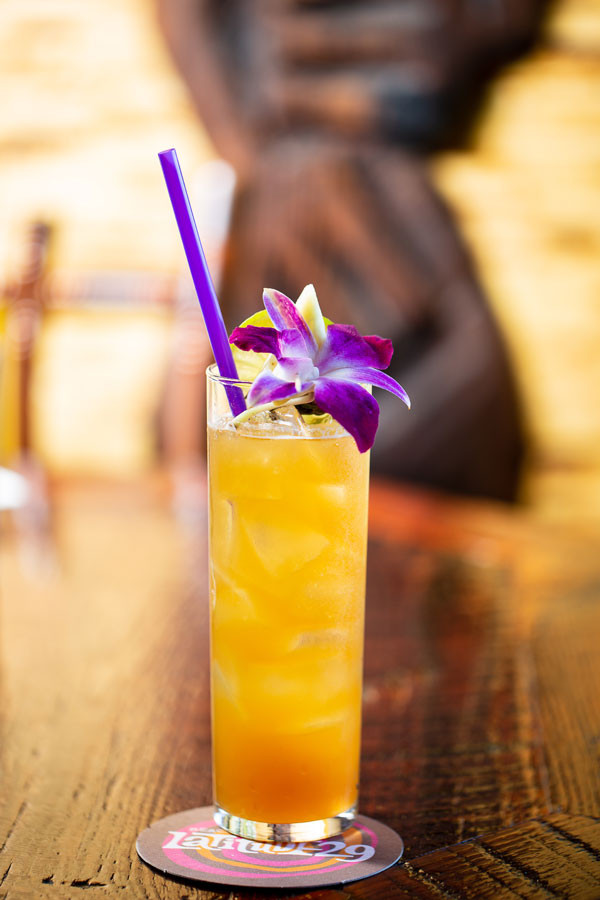 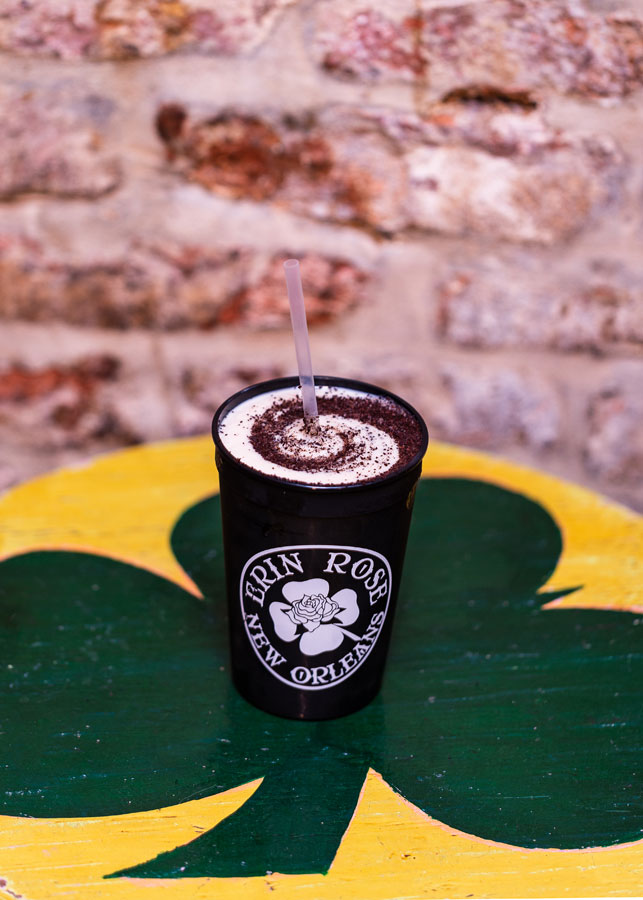 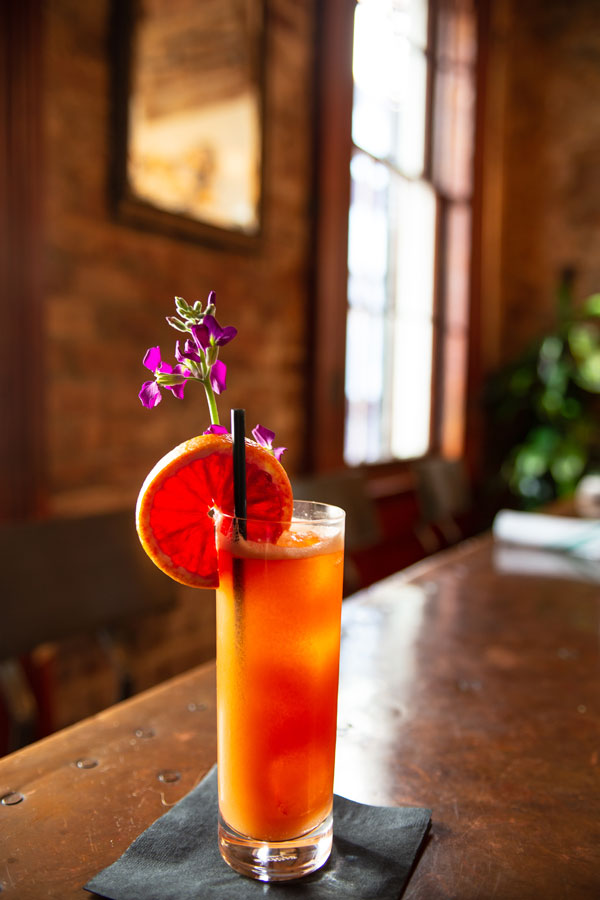 New Orleans may well have invented the festival. This is a town that throws parties to honor the homely mirliton and local Creole tomato. We celebrate oysters, fried chicken, gumbo and Louisiana seafood. Neighborhood fêtes abound–more than 130 every year--with toes tapping from the Treme to Uptown on Freret. Diversity is heralded at Greek Fest, Southern Decadence and Soul Fest. Local art, inspired literature, live music, and good eats are the common denominators and usually entrance is free. If there is a charge, it’s for charity at fundraisers like Hogs for the Cause, Donald Link’s Bal Masqué, and Emeril’s Boudin, Bourbon & Beer.

And with every festival, cocktails ensue. With spring around the corner, the siren call to four of the city’s favorite celebrations beckons. Why not drink to the party, with a drink that speaks to the spirit of each celebration?

Mardi Gras Tiki Style
Mardi Gras is the mack daddy of all festivals. Even here, a town that prides itself on living large, Mardi Gras brings locals to their knees, awash in glitter, bewigged and sore from catching throws and following parades for miles.

Jeff “Beachbum” Berry is a fervent believer in celebrating tiki style. Berry, who has spent the last two decades unearthing and publishing lost exotic drinks, is behind Barry’s Latitude 29, an oasis of tropical vibes in the lower Quarter on N. Peters. Berry created the perfect, fruity one-two-punch to celebrate Carnival: take a swig of the Mardi Grog. With bright citrus notes, the spice of housemade chai syrup, and the heft of El Dorado 8 Year Old Demerara rum, this cocktail is sure to transform any party into a booty-shaking Mardi Gras.

St. Patty’s Day Up and Chilled
Although St. Patrick’s Day is officially March 17, New Orleans celebrates the life of Ireland’s patron saint for days, with multiple parties, Uptown in the Irish Channel, in the CBD, Bywater, the French Quarter and even in Metairie in Jefferson Parish. One of the most beloved parades steps off from Molly’s in the Market, circling the Quarter past Erin Rose, where a stop for the bar’s famous frozen Irish Coffee is a must. The creamy potent concoction–a favorite of visiting bartenders during the annual Tales of the Cocktail event in steamy July--was first mixed in the 1980s by the late Jim Monaghan, debuted at his flagship bar Molly’s, and then later adopted by his family bars including Erin Rose. The drink remains a tribute to Monaghan since his death in the early 2000s.

Although the drink is a proprietary secret, it is made with local dairy, local coffee, brandy, and coffee liqueur, poured from a Taylor soft-serve machine and sprinkled with coffee grounds.

French Quarter Fest Springs Fresh
When 21st Amendment bar supervisor Sarah Carlton thinks of French Quarter Fest, she thinks about all the good times she’s had over the years working and attending the popular music event. FQ Fest, which drew more than a half-million people over the four day weekend in April 2018, was first produced in 1984 to remind locals just how wonderful the French Quarter could be, a quaint idea in today’s cultural lexicon. With more than 100 local musicians performing at two dozen stages , the fest features all manner of delectable eats. And it can evoke a powerful thirst. Carlton created a drink that is exactly what she wants to sip during the festivities, a pisco-powered punch that’s a bit tart, a bit sweet, with an effervescent fruit forward finish. A hint of almond liquoer and herbaceous Italian Strega adds depth to the eye-appealing cocktail. She calls it Treble and yes, you can order one, or three, at the 21st Amendment speakeasy at La Louisiane just off Bourbon on Iberville.

Jazz Fest Notes of Spring
The annual New Orleans Jazz & Heritage music festival, first held in Congo Square in 1970, now draws close to a half million attendees in late April and early May. What’s so special about Jazz Fest? Depending on whom you talk to, it’s a tie between the music and the food, followed by, in no particular order, the people watching, the after fest shows around town, and did we mention the food? Held on the oval of the Fair Grounds Race Course, a horse track that can be quite pungent when muddied, Jazz Fest is an annual tradition for a legion of locals and fans from all over the world, drawn together for love of jazz and blues, Zydeco and gospel, and boiled crawfish washed down with plenty of local beer.

As much a harbinger of the short-lived New Orleans spring as Confederate jasmine and blooming magnolias, Jazz Fest is more than worthy of a cocktail in its honor. John Johnson, the GM at Cellar Door, a hidden gem of a bar, restaurant, and event space on Lafayette Street in the CBD, created a perfect libation, Notes of Spring: a shake of cognac, Aperol, sweet vermouth, orgeat, and rose water. Johnson is a bit of a mad scientist, always tinkering with herbs and botanicals to conjure all manner of garden to bar seasonal flavors on his rotating cocktail list. With its slight hint of almond flavor from the orgeot, Notes of Spring does indeed hit all the right notes, a perfect balance between sweet and bitter, earthiness, and the suave power of cognac’s silky depths.

Shake and serve over ice in a Collins glass, garnished with a wheel of blood orange and a spring of purple orchids or lavender.