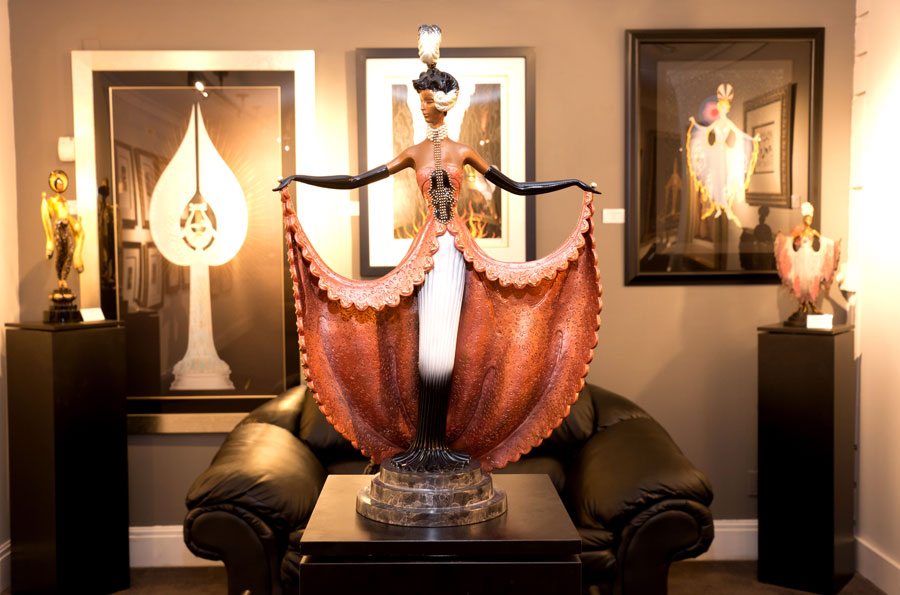 “The auction, and the weeks leading up to it, allows us to show collectors so much more art than we could ever hold in the gallery itself” said Gallery Director, Mary Co

Collectors can RSVP for the auction, or enjoy the sneak-peek showings at the gallery during the weeks leading up to the event. Premier originals by artists including Chagall, Picasso, and Dali can be expected, alongside the most impressive collection of limited editions in the Gulf South. Think Warhol and Murakami.

The gallery, whose parent company’s roots go back 40 years to the first gallery founded in New York, will release the marvelous auction program about a month before the event. The program itself is a collectable and shows the entire collection along with information pertaining to the realization and the importance of each piece to the art world.

The auction also gives Martin Lawrence Gallery the opportunity to showcase the depth of the company’s acquisitions. With nearly 250 pieces on loan to over 33 museums worldwide, the Martin Lawrence collection has gained a reputation for being generous as well as impressive. The collection is made up of originals from masters around the world and the United States as well as cold press limited editions, screen prints, lithographs, and bronze sculpture.

The gallery is also planning its Robert Deyber show for April 6th – 9th, with an open house on the 8th. Deyber’s celebrated tongue-in-cheek style is characterized by its highly-stylized images playing with light and dark. His contrasting colors seal the deal for this visual anecdotalist whose creations invite you into a very splendid and adroit imagination.

As your calendars fill for the Spring and festival season in New Orleans, make sure to leave some room in between snowballs and days on Bayou St John for a “lil’ culcha” by adding Martin Lawrence Gallery to your agenda. You won’t be disappointed, and who knows? You just might learn something new during our favorite time of the year.