The Art and Science of Being "Fine" 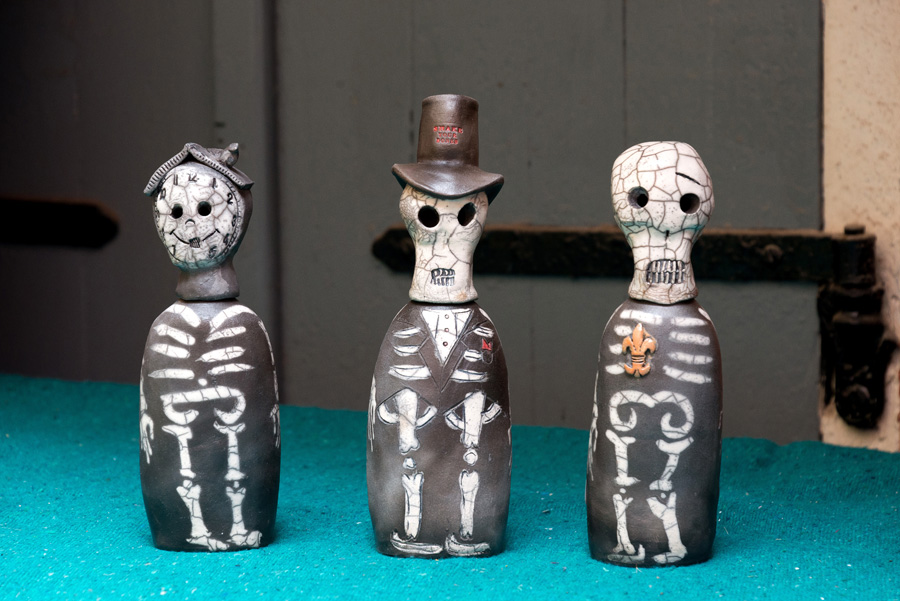 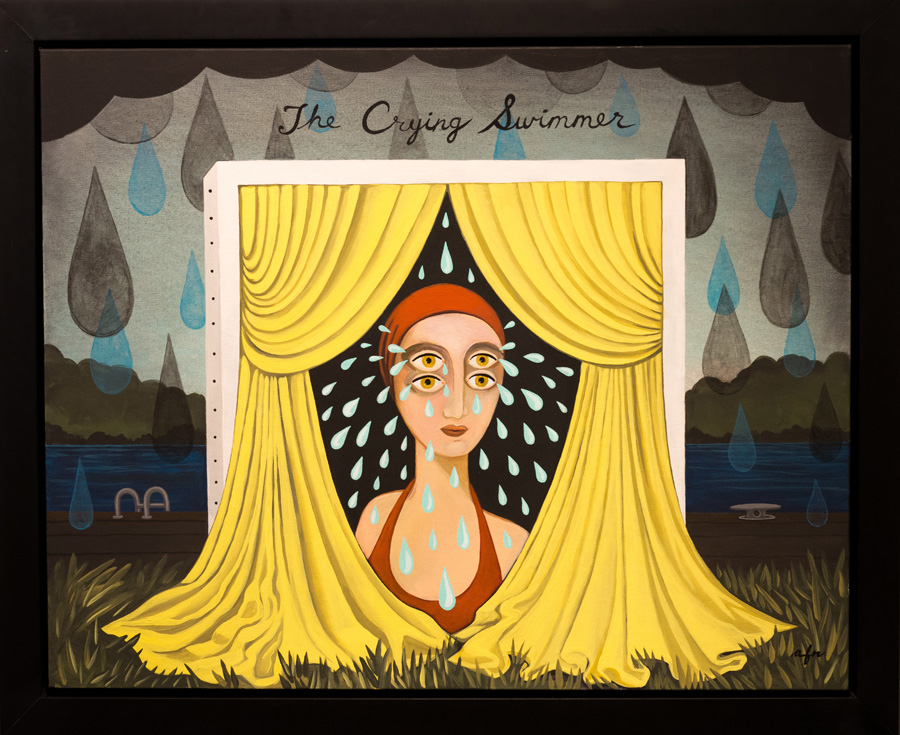 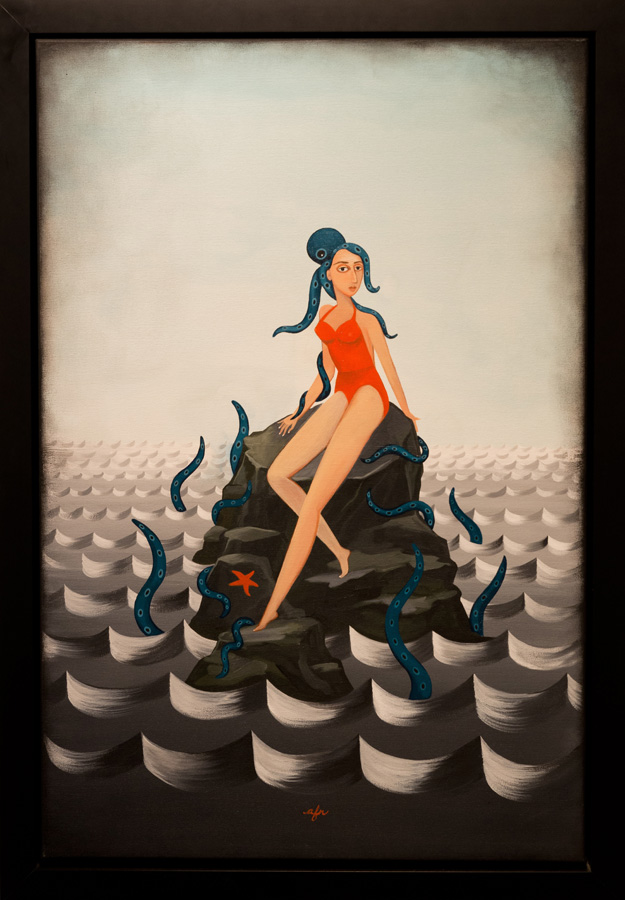 It all began when I got my first bike and permission to leave the safety and overprotection of my family property to drop a letter at the post office for my Aunt Tina. It was like the whole world opened up and there were people everywhere. After I placed the letter in the out-of-town box, I decided to take advantage of my parole. I sat on the inside steps of the post office and watched as everyone from my small Louisiana home town came in and out dropping off packages, buying stamps, and picking up their mail. Now, mind you, these were the same people that I would see when I attended church on Sundays with my parents. Occasionally, an interaction would occur where someone would ask about my family and I would have to reassure them that everyone in my family was fine! However, I had no idea if any of them really were fine. I saw the same people every day and played with the same cousins every day. We had land and we had freedom, so what else could a good Southern boy want? As I rode my bike home, I decided that I would be the official mail carrier for Aunt Tina, if for no other reason than to make sure we really were all “really fine” back home in our little slice of Louisiana Heaven. That, and I had decided that watching people’s reactions to things was fun.

And so, it began: my long, and now, highly developed habit of people watching and wondering just how “fine” people really are. I like to listen to people when they say “hi,” or “I’m fine”, to see just what kind of “I’m fine” they are. That being said, I don’t like people to know I care that much. I pretend to be absently interested, aloof but alert. As they pass by me or stand there exchanging niceties, I watch the way they walk, mentally give them new hairstyles, and even wonder what they look like doing the Macarena. I have to make a little fun out of this obsession. It’s important that they never know I notice that much about them, because then they change, and I get a fake, dummied up version of their real state of “fine”. It never surprised me much that my favorite art is art that contains the human form. Whether realistic, abstract, or only loosely represented, I like art that makes me wonder what level of “I’m fine” can be uncovered in the work.

Graphite Galleries, at 936 Royal Street, shrugs off the crystal chandelier, Sinead O’Connor soundtrack-addicted gallery formula, for a more modern, “this is us” in-your-face gallery. The space is packed with mostly mid-career artists, although the work goes far beyond what one would expect from mid-career artists. Artist Rachel Stuart Haas creates feminine images that echo the Big Eye craze of the 60’s but with a less commercial and sofa real-estate feel. She marries that to a modern day broke-girl Mona Lisa. Her work is sensitive and caring, but keeps each subject just on the verge of either tears or a tirade, and that is fantastic. The emotion pours through the eyes and posture of each figure as we become beguiled. The secondary imagery, roses, a lama, a bunny, takes a backseat to her girls, but is so intense and charming that it brings a warmth and sense of sweetness to what otherwise might be just a strong, yet easily missed, feminist message. These girls are just “fine” as they take life from the obviously introspective vision of the artist. “The Girl and the Lama” is a standout piece, while “After That Time Stood Still” has a more direct and intended audience. Both pieces, along with the rest of Stuart-Hass’s collection, capture the art of “people watching”. Remember to breathe… as I caught myself holding my breath a few times upon viewing. Breathtaking is always a good thing.

Graphite, as it’s affectionately called on Royal Street, also represents the remarkable three-dimensional artist, Sam Davis. Davis creates three-dimensional sculptures that very loosely represent human form. , It’s so loose, in fact, that his work reminds us of childhood toys and robots, refurbished with a new attitude and agenda. Pieces like “Red Robot” are interpreted to be whatever we see, as we see it. I see human motion and reaction in the piece, while others do not. This is clearly what Davis is trying to do: activate our imaginations to see whatever it is that we see in each work. Everything is okay, there are no rules, no right or wrong. We are fine to consume the art as we feel. His subject matter, images of obscure technology and science, strikes a chord that some of us may have even forgotten we possess.

Martin Lawrence Gallery, at 433 Royal Street, is installing a new sensation on its walls this fall. That sensation’s name is Anne Faith Nicholls. With a publishing record spanning the globe, the contemporary artist and illustrator creates human imagery that is so compelling, every inch of the canvas is important. “The Crying Swimmer” screams Surrealist inspiration, and reeks of a foundation that comes from bucking the system, rather than joining and compiling. Nicholls gives us humans in situations that might only be visited in a dream or in an imagination that wonders what someone might look and act like if she were “The Last of Her Kind”. In the pieces “Rare Breeds” and “Swimming With Oily Loons”, we see the artist’s competent hand and imagination for delivering messages in a way that allows for at least enjoyment, if not understanding. Nicholls makes sure that if her message is overlooked, her imagery is not. Her Bell Jar series is perhaps the most impressive collection of surreal-inspired imagery I have seen since Japanese artist, Shiori Matsumoto’s 2015 traveling exhibit. Each Bell Jar contains not just an image, but an emotion, an action, and a resolution under one thin, glass dome. Martin Lawrence Gallery is branching out into new territory with an artist whose images evolve from folklore, have influences from Mexican imagery, and portraiture traits from the early 20th century. The characters in Anne Faith Nicholls’s mind are “fine” no matter what situation they’re in. They stand as strong and firm as the artists does with images that are sure to take their own place on Royal Street.

Pottery artist Joy Gauss can be found at Kako Gallery, 536 Royal Street. Gauss relishes in the idea that she is making a living playing in clay. She turns ordinary clay into gestural celebrations with her “Bones” collection. The clay figurines embellished with hats, and in many cases masks, are the literal interpretation of imagining people with differences as I speak to them. The collection includes figures topped with alligator heads, bunny heads, and an assorted collection of New Orleans and Louisiana inspired accessories. Gauss’ Walking Pots take pottery to a new level, instilling such human qualities in an inanimate object that you expect it to get up and walk right out. Walking Pots include, for the most part, a central motif with each leg of the pot being as different from each other as it is relatable to the main idea of the pot. Intricate glazing techniques reveal an artist who has fun with the process and an understanding of her medium beyond simply needing to create. Gauss is a phenom in the idea department, and her underlying rustic formation is a “fine” line between perfectly primitive and deliberate design.

As time went on, I continued to be the main mail carrier for Aunt Tina. I graduated from my bike to my go-cart, and from my go-cart to my car. I continued to make sure my entire family was “just fine” in the eyes of the rest of our community. Then one day Aunt Tina got a mail box and I would wait for the mail lady to deliver the mail to that uninspiring, metal box-on-a-post right outside the front gate of her house.